There must be something in the water in the deep south, particularly at this time of the year.

You may remember in the lead-up to the last election the case of a young National MP by the name of Todd Barclay. The 27-year-old resigned after a messy affair that included the secret recording a staff member in his Gore office.

There's now something of a rerun for the young man who replaced him in the blue-ribbon seat. Hamish Walker, 35, has been stripped of his shadow portfolios while an inquiry's held into a leak to the media of the personal patient details of the active Covid-19 cases.

Why an inquiry's needed given everyone's 'fessed up is a little difficult to fathom.

The confidential details were handed on to the rookie Walker by National's seasoned spinner Michelle Boag. She got them through her role as acting boss of the Auckland Rescue Helicopter Trust, a job's she's resigned from in shame.

Boag's not given to public displays of mea culpa, but on this one she's admitted to a massive error of judgment and has apologised to her colleagues at the trust, who she says have been badly let down.

This professor of spin stretched credulity though by expecting us to believe she didn't anticipate Walker handing the good oil on to the media which wisely decided not to publish it. What he was meant to do with it is anybody's guess.

But Walker leaked it to the media, he says to expose the Government's shortcomings with such sensitive information in the expectation they'd be rectified.

Enter Todd Muller, the man who has repeatedly wagged the finger at Jacinda Ardern for her lack of decisive leadership when it comes to removing the likes of David Clark from office.

So what did he do in what is a serious breach involving highly sensitive information?

He simply stripped Walker of his shadow portfolios, hardly an imposition given we're now in the run-up to the election. Muller's admonition of the young MP went as far as telling us he'd committed an error of judgment but refused to comment further until the findings of the inquiry are complete.

Last week Muller was again expressing his disappointment in Walker for what were seen by some as his racist remarks about people coming into the country from India, Pakistan and Korea, destined for quarantine in the south without the local community being consulted. 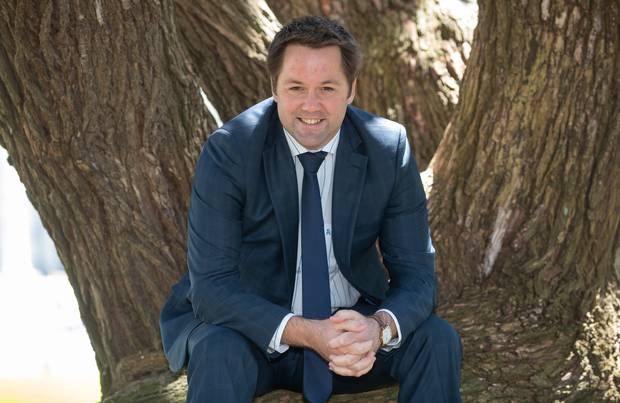 It wasn't racist even if he was rebuked by his leader.

But with the latest serious incident the National leader's exposed his own leadership to be as feeble as Ardern's when it comes to dealing to troublesome colleagues.

Clutha-Southland should now be looking for a new MP under the leader's orders.