The cleanup and assessment of damage has started - slowly - in flood-stricken Westport today.

And "the bulk" of residents evacuated at the weekend are expected to be allowed to return home within hours.

But the MetService is warning more rain is imminent.

An official update will be provided to residents around lunchtime today.

However Buller District Mayor Jamie Cleine has just confirmed to the Herald that most will be able to return to their properties this afternoon.

Houses may not be habitable but residents can at least go back to their properties.

Those allowed home would go under the caveat that their properties may still be contaminated but were structurally ok.

He said the USAR teams would be pinpointing "no go zones".

"But a significant number of people should be going home after lunch," he confirmed.

"Quick and dirty to make sure nothing substantially wrong with houses," he explained.

Then it would be up to other assessors to do more significant checks.

"The bulk of people will be going home today," Cleine said.

"Please be patient as there are hundreds of homes affected," said the spokesperson.

The weather has cleared and it's a sunny day in Westport, but there are still a number of warnings in place.

"Stay away from floodwaters as they could be contaminated or hazardous," locals were advised. 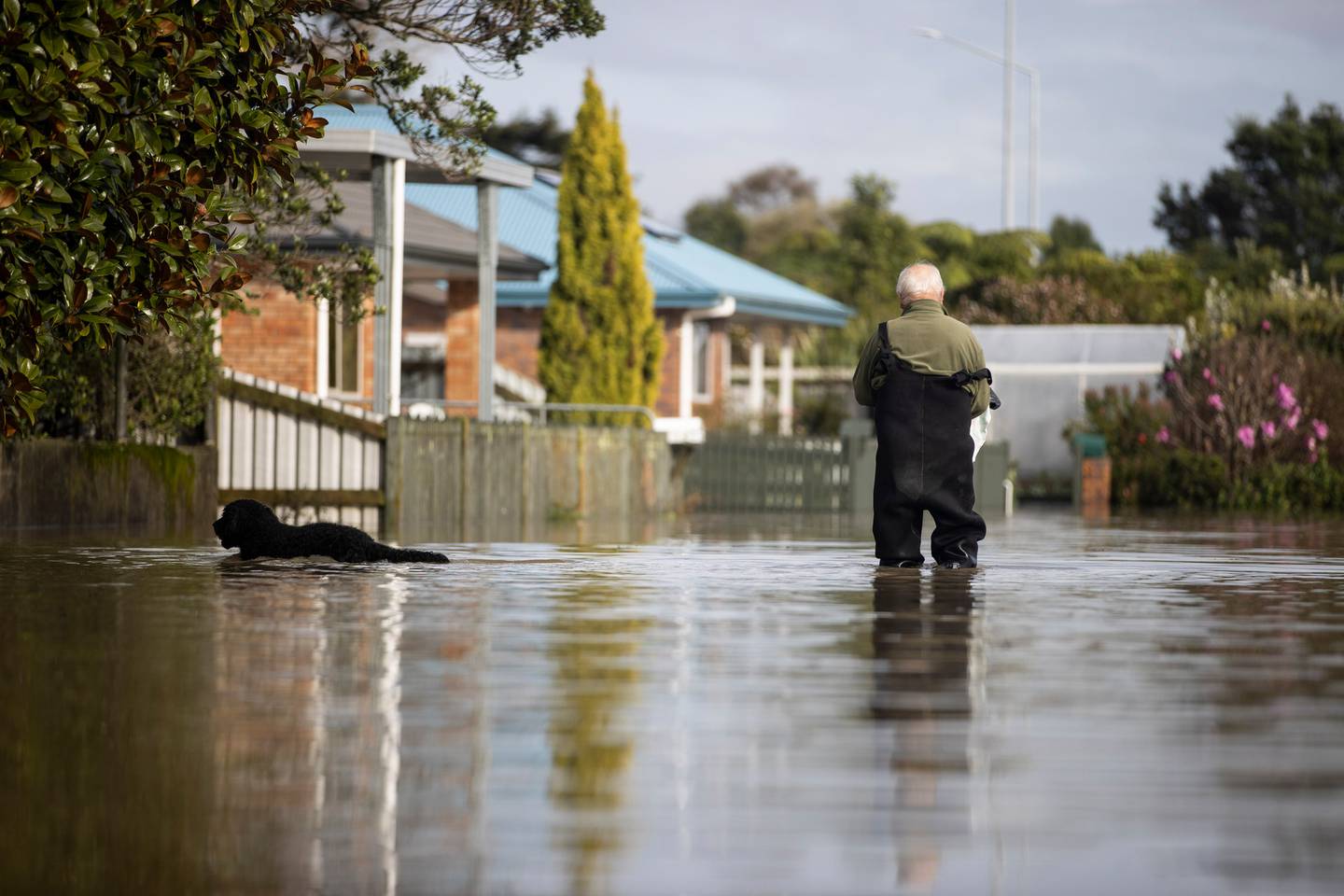 The town of Westport on the South Islands West Coast was ravaged by massive flooding at the weekend. (Photo / George Heard)

"Please don't 'rubberneck' in flood-affected areas. This situation is distressing for the people that own those homes and cars driving through can push water back into houses."

Water conservation notices are also in place in those areas and also for Punakaiki and Inangahua Junction.

"Residents are also reminded to minimise the use of toilets, showers, washing machines and dishwashers, which add load to the town sewerage system."

While some roads opened for use last night, SH 6 Inangahua to Westport - Lower Buller Gorge is still closed.

Residents have been asked to stay put and only travel when it was essential, and only if it was safe.

A number of Westport streets are still closed or limited to 4WD access only.

"Please only drive if absolutely necessary as driving through flooded areas can cause damage to neighbouring properties," said the BEMC spokesman.

MetService today said there was a "strong hint" the affected area may be in for more wet weather.l

"A band of rain passes over on Wednesday which looks to be briefly heavy - this lingers into Thursday but then another run of dry weather is forecast.," it said.

Assessments were also ongoing around farms to confirm how many stock have been lost.

Authorities said last night they were aware of one farmer who had lost 700 animals at least.

The farm owner did not want to speak about the situation yet.

Yesterday the Government announced a $300,000 helping hand to Westport through a mayoral relief fund and a further $100,000 for the Blenheim-Marlborough region.

And a separate $200,000has been committed for flood-affected farmers and growers across both areas. 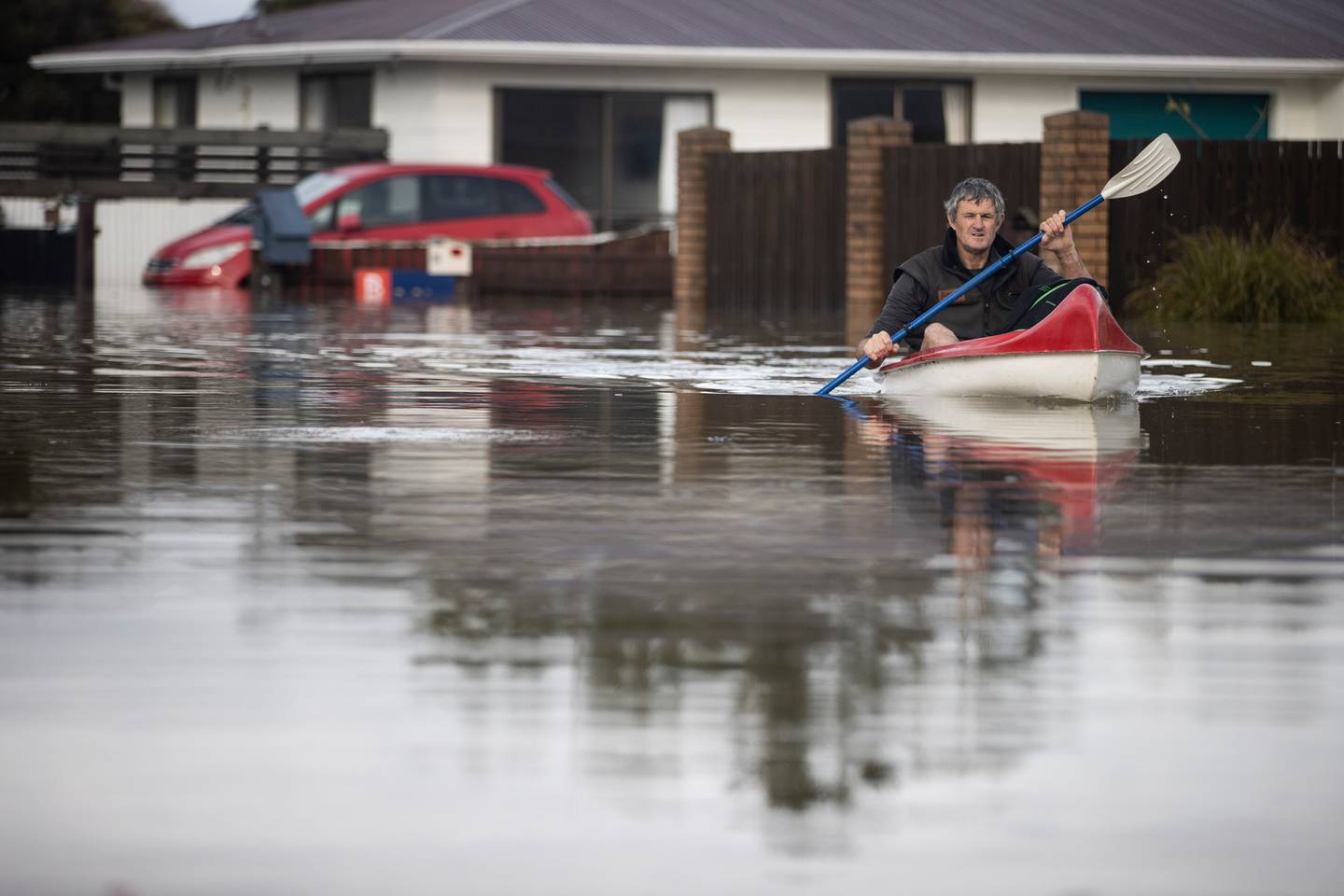 Locals will find out more today about property assessments and when they can get home. (Photo / George Heard)

Civil Defence, police, NZ Army personnel and other volunteers are out in force today helping locals and working on property assessments.

Further updates on the situation are due later today.

Meanwhile locals were working hard to help each other out with a number of people offering trucks to move property and a donation collection point.

People were urged to drop off things that could help those displaced - including clothing, personal items, blankets and baby supplies - and anyone in need was welcome to pick up what they required.

Local couple Samara and Mike File have also teamed up with the owners of the local Fresh Choice supermarket to start a flood relief fund with all donations going towards affected families.

Donations can be made on the store's website and food will be provided for those who need it most.