If you're a bit of a nervous swimmer, be thankful you were not around 100 million years ago, when the oceans around New Zealand were teeming with Prognathodon, a marine lizard known for its massively built jaws and teeth.

The creature is in the Mosasaur family, one of three main ancient sea monsters on display at Tāmaki Paenga Hira Auckland Museum for the new exhibition Sea Monsters opening next Wednesday. And if Prognathodon doesn't scare you, how about the 13-metre long Elasmosaurus with its long powerful neck and large, fang-like teeth.

Sea Monsters follows a chronological narrative from the earliest ichthyosaurs right through to today's ocean predators. It shows the evolution of these predators using huge cast skeletons, real fossil specimens that are millions of years old. There are lots of interactives including one where you can create your own sea monster, scan it and then have it projected onto a large display. And, what will probably be the most popular section, "Terrible Teeth". 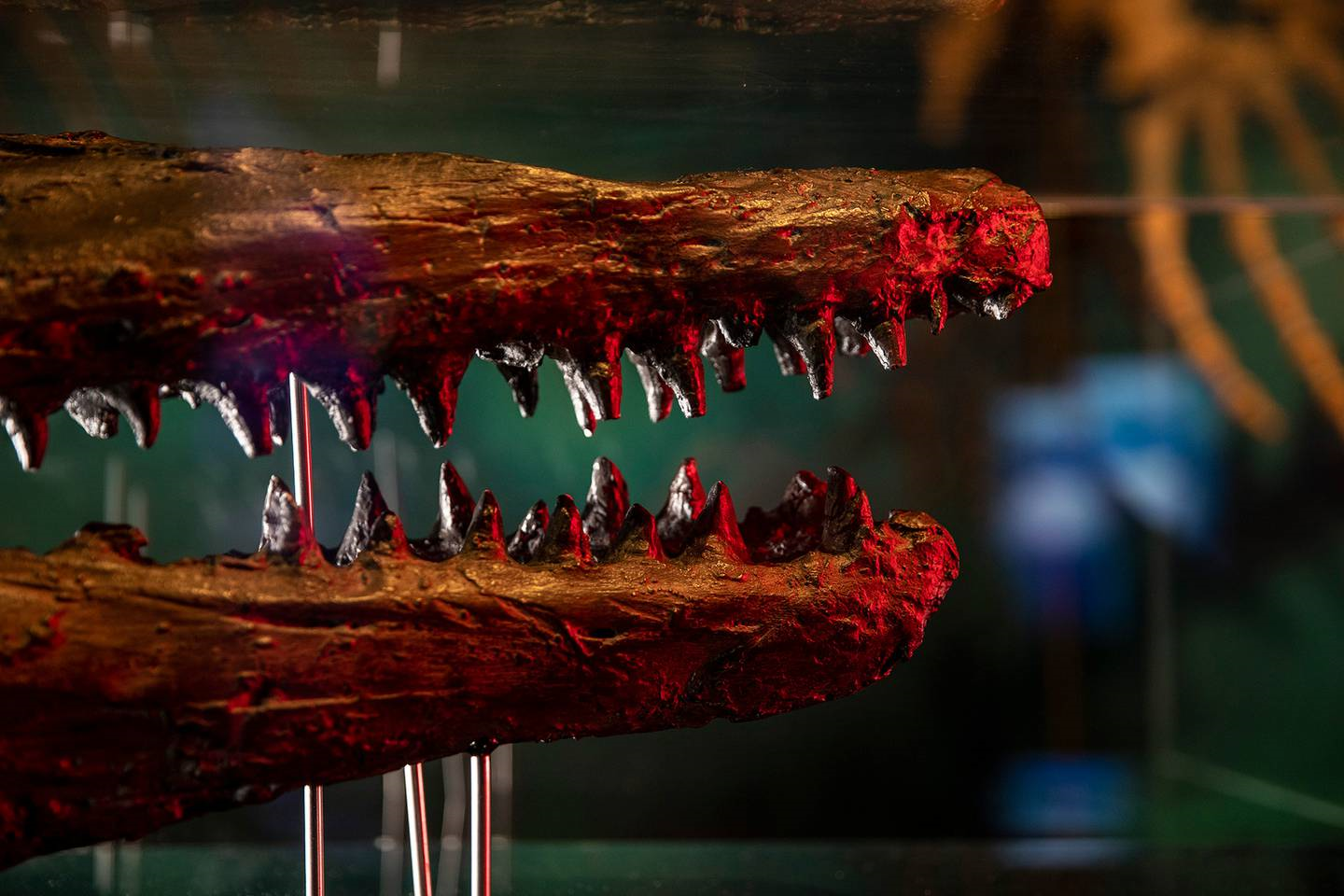 "It's taken about 2 weeks to build the exhibition here," says Bewley. "A lot of effort went in in Australia to develop this content in collaboration with Espen Knutsen a palaeontologist in Queensland. A huge project."

Sea Monsters also comes with school holiday programmes for families to further immerse themselves into the world of the ancient deep. In the July school holidays, families are invited to spend a night with some prehistoric ocean predators at Sleepover with Sea Monsters when they can explore the darkened galleries and get up close and personal with the scary stars of the show before falling asleep amongst life-size replicas of Elasmosaurus and Prognathodon. If they're not too nervous, that is.