In January last year a motorbike crash shattered – and almost ended – the lives of young couple Kendra Smith and Corey Thompson. Thompson lost a leg and Smith, who was five months pregnant, lost their first baby together. The months that followed the crash were dark, desperate and traumatic. But after a year of lows beyond most people's imagination, Smith and Thompson are on top of the world and are excitedly planning their wedding - and for a very special new arrival. They spoke to senior journalist Anna Leask about their journey and their heartwarming news.

"A year on, multiple surgeries later and still some to come but here is the good news -
Corey has his leg and is even mobile without any assistance," said Kendra Smith.

"We have our engagement party finally going ahead in July but we have had to push out the date of our wedding as we are now expecting a baby."

The couple, from Paraparaumu, were headed to help Thompson's twin brother who had run out of fuel when their motorbike collided with a truck on State Highway 1 near the Ōhau River Bridge.

Thompson lost a leg but surgeons managed to save his badly damaged arm. Corey Thompson and Kendra Smith in hospital after the crash. Photo / Supplied

Smith's unborn baby did not survive and on top of that trauma, she had to undergo major surgery to insert rods into her fractured leg.

The couple, who got engaged in hospital just days after the crash, have endured multiple surgeries over the past year.

It has been a hard and agonising time – but they have tried to focus on the good, the positive and the future.

"Adjusting to a new normal has been difficult, especially as an amputee and partially impaired [and] having to adapt to relying on people as prior [to the crash] we were so independent," said Smith.

"The due date of our taonga and Mother's Day was extremely difficult however our good friends Sky, Tainui and Tash gave forever gifts that can beautifully honour our son and remember him forever.

"Parenting is the hardest with four children between us. Not being as active, our children have had to adjust to new activities to bond with us, which we are so proud of them for."

Smith said despite the difficulties the couple's "hearts have remained full with love and hope".

Finding out she was pregnant again brought even more of that.

"We both cried," Smith said.

"We knew this would delay [my next] surgery however it was a blessing that we are so excited about."

Thompson has three daughters and Smith has a son from previous relationships.

"He's hoping this is our boy coming home."

The couple, known for their outreach work on the Kapiti Coast helping Māori and Pasifika youth, were planning a wedding before they found out about the pregnancy.

The wedding will still go ahead but the date has now been moved until after their baby is born.

They are excitedly planning an engagement party though and can't wait to share their growing joy with those closest to them.

"All going well we should be hitched and partying in February 2024 as the 4th is our anniversary – the moment Corey swept me off the market," said Smith. 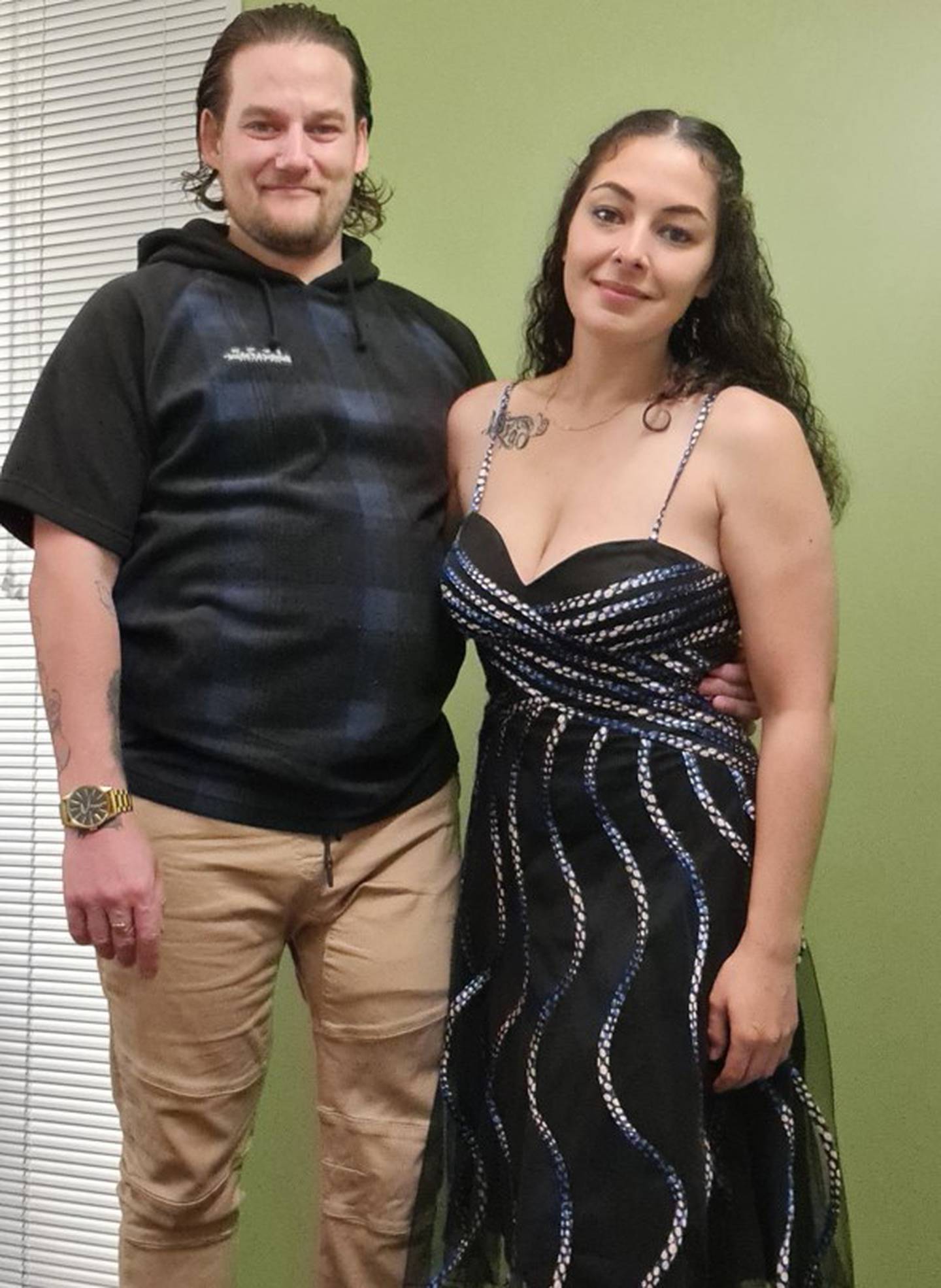 Corey Thompson and Kendra Smith are expecting a new baby after they lost their first together in a horror crash. Photo / Supplied

The couple have not settled on a venue yet but hoped it could be somewhere easy for them and their whanau and friends to gather.

Months off work and on ACC meant it was harder for them to save for the wedding but they were determined to have the wedding of their dreams – and one that was not a financial burden for them or their loved ones.

Alongside the joy in their lives, there is a bit more pain to come with Smith and Thompson needing further surgery.

Thompson now has a prosthetic leg and is mobile.

"The pain at first was unbearable with phantom pains and tenderness – it was definitely a challenge," said Smith of her fiance.

"However, he learned to push through the pain and now is walking on his leg without any assistance and does normal day-to-day activities a lot easier than hopping about."

Smith has had three operations since she was discharged from the hospital after the crash.

"It's been one step forward two steps back until the most recent [surgery]," she explained.

"It has given a lot more bend to my leg and allowed more mobility in and out of vehicles so no more taking up the whole back seat.

"Pain is still an issue and standing for long lengths of time or walking on crutches tends to take its toll – however, I've changed medications and now take ones that help me and are safe for our baby."

Smith said life for the couple – and family – had changed dramatically since the crash.

"We are grateful to each and every person who has helped us on our journey," she said.

The couple said their family – "specifically our children" – had kept them going.

Both were "continuously pushing for the future" and wanted to get back as much as possible to their normal family life.

And planning – kids' birthdays, their engagement party, their wedding, and now the new baby – helped them stay focused and happy. 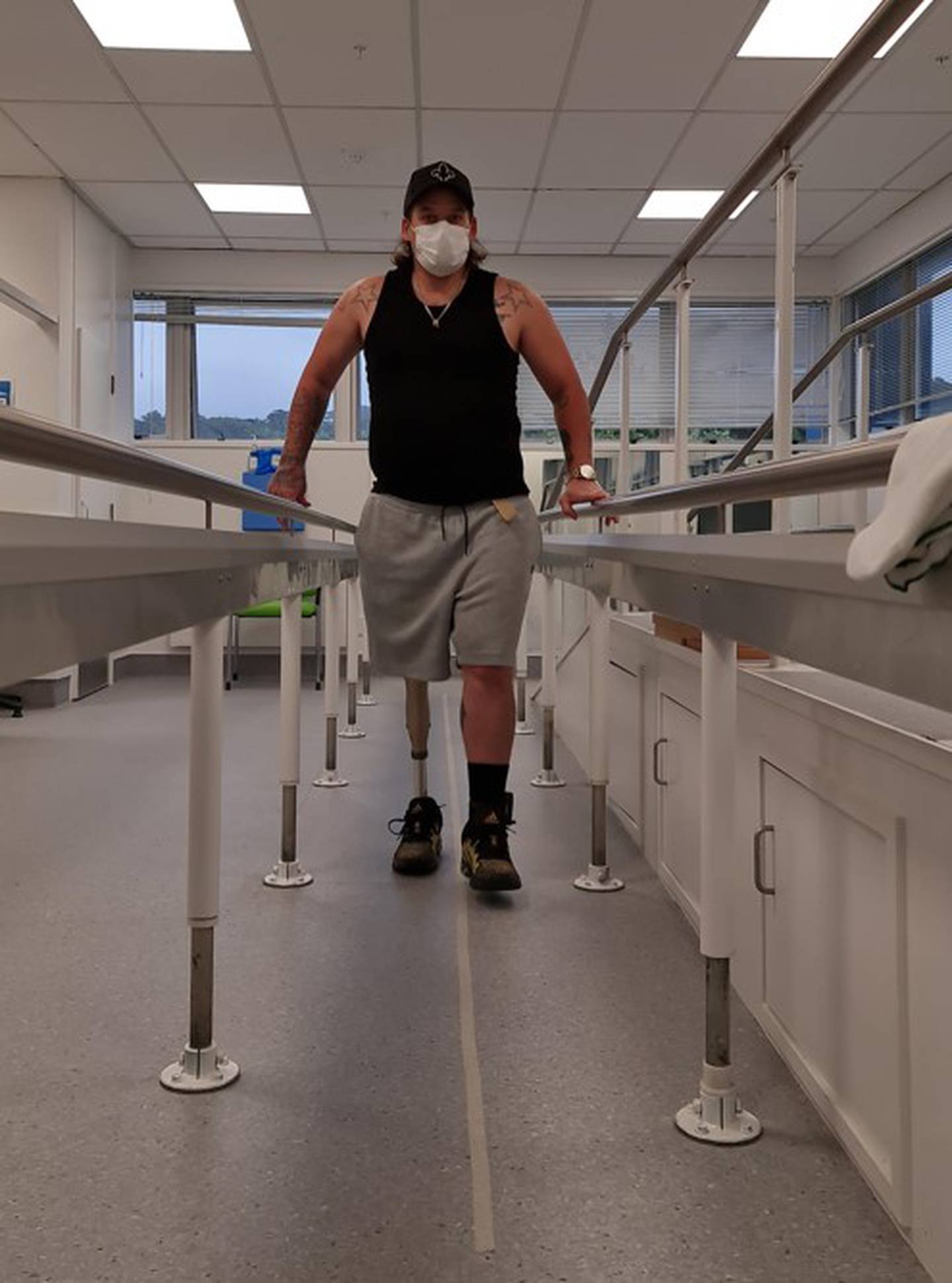 Smith and Thompson looked forward to the day they could "run around with our kids again".

"And our life as a whole – going on family holidays and being able to plan and do things with our children that we may not have been able to do if we didn't survive," Smith said.

The couple concedes there have been dark and depressing chapters in their journey - days where their grief has been immense and their sadness has been deep.

They have learned some valuable lessons along the way that they wanted to share with others facing trauma or adversity.

"It's okay to not be okay, to cry and feel overwhelmed," said Smith.

"It's okay to not want people around – there is no right or wrong way of dealing with it.

"Your journey is what you make of it – never ever let your injury, impairment or struggle define you, it is only one part of your life and even though it may feel like forever and feel like it won't get better, remind yourself it isn't and it will.

"Praise every part of your progress big and small - because when you start looking back to where you were it will remind you how far you have come and that's always a positive motivator.

"Night terrors, flashbacks and unsettling feelings can happen - the more we talked about it the more it was made normal to us.

"Everyone is different but now we can tell our story as a piece of our journey instead of a nightmare we don't want to think of."

Smith and Thompson wanted to thank those who set up a Givealittle page for them after the crash, and all those who donated more than $15,000 to help their family.

"The Givealittle was the most financial help as for low-income earners prior to the crash we couldn't survive on the payments that were given," Smith explained.

"There is a lot more appreciation now for those that survive on government payments."