Much-loved Kiwi soap Shortland Street is featuring its first actor with Down Syndrome - adding to the show's track record of diverse casting and storylines.

Wellingtonian Jacob Dombroski is appearing on the show as a guest cast member for three episodes, the first of which will air on April 29.

His character Winston will appear as the younger brother of Lincoln and Prince Kimiora.

Dombroski, who was born with Down Syndrome, described the character as "nice, chatty and always open hearted".

He's a lifetime fan of Shorty St, and has long dreamt of landing a role on the show.

"I'm so happy about this opportunity and being able to challenge myself," he told the Herald on Sunday.

He performed the one-man show at the Wellington Fringe Festival last year, as well as at Auckland's Herald Theatre.

The show was created with Wellington theatre company Everyone Cool Lives Here - the brainchild of Rose Kirkup and Nic Lane.

It highlighted the struggles Dombroski faced being "different" growing up.

Dombroski will come onto the show as a guest cast member for three episodes - the first of which will air on April 29. Photo / Supplied

Fleming said Shortland Street had always been about diversity and representation of different voices.

"So we flew him up to discuss creating a guest role for him on the show as Lincoln and Prince Kimiora's brother."

The casting comes less than a year after a storyline on the show around the potential abortion of a baby with Down Syndrome was slammed as "insensitive" by viewers and inclusion advocates.

Several episodes of the show in August last year portrayed the character of Zoe struggling with the news she was possibly pregnant with a child with Down Syndrome.

Doctor Chris Warner, the father of the child, suggested Zoe have an abortion as the child would suffer and have severe medical issues.

The storyline was a big focus in several episodes, with Warner and Zoe's sister Kate also discussing Zoe's ability to raise the child.

At the time, Kim Porthouse, spokesperson for The New Zealand Down Syndrome Association, said the group was "appalled by the insensitive and ignorant storylines".

Invercargill mother Louise Chalmers-Wilson penned an emotional message on behalf of her daughter following the controversy, explaining that living with Down Syndrome doesn't define her, nor prevent her from living an amazing life.

"No one is promised perfect health, no one is guaranteed perfection. We are all unique and my Syndrome doesn't define me. So please don't let people think it does," Chalmers-Wilson wrote.

Shortland Street has a track record of storylines that address hefty social issues.

The first same sex kiss happened on the show in 1994. The kiss, which was between old characters Meredith Fleming and Annie Flynn, generated several complaints to the Broadcasting Standards Authority. 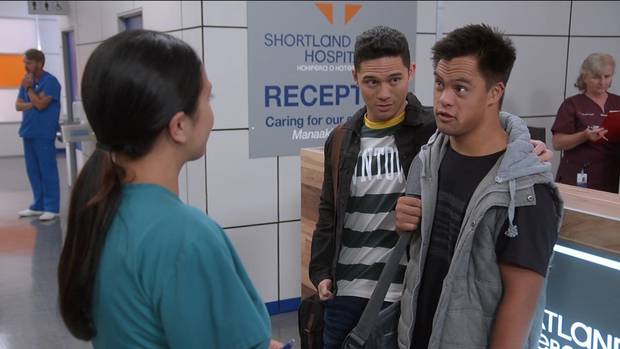 None of these were upheld.

The show worked with the Mental Health Foundation to ensure sensitivity around the storyline, and the episode was received mostly with applause.

Medical marijuana cropped up on the show in 2015, with a teen battling cancer taking marijuana for medical reasons.

The episode came Just days after Associate Health Minister Peter Dunne gave the green light for medical use of cannabis for a Kiwi teenager in a coma.

At the time, series producer Simon Bennett told the Herald it was coincidental the controversial script mirrored recent headlines. But he expressed hope it would spark further debate about the use of medicinal marijuana.