There's a new chaser on popular game show The Chase, and he might be familiar to avid watchers of the show.

New professional quizzer Darragh Ennis was a contestant on the show in 2017 and was asked to join the rest of the chasers after his performance, according to Express UK.

In his 2017 run on the show, he won £9000 (NZ$18,000) for his team, but his teammates took minus offers, meaning he actually walked away with less. There was outcry on social media over his losses, and fans even started a GoFundMe page for him.

Ennis announced the news on Twitter, saying he was "really excited to be the 6th chaser on #TheChase.

I'm really excited to be the 6th chaser on #TheChase . I've been working hard on this for a while now and can't wait for my episodes to air. Well the ones I win anyway.

Previous contestant Mark Wallace welcomed Ennis to the team, saying: "Congratulations! As a former contestant, always been hugely impressed by the Chasers."

The aim of the game is to answer a series of questions correctly without being beaten by the chaser, a professional quizzer.

Fans have been coming up with nicknames for the new chaser, as they traditionally go by a "scary" name to make contestants nervous.

One suggested "Ennis the Menace" - but his real nickname hasn't yet been revealed.

Episodes starring Ennis as the chaser will likely air over the next few months. 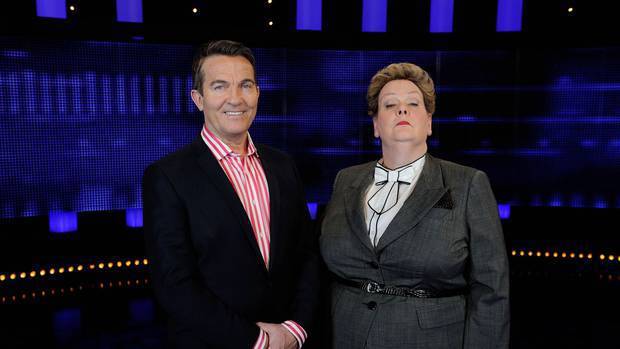 There's now a team of six chasers on the show. Photo / Supplied

Ennis, originally from Ireland, is a lab manager and postdoctoral researcher in Oxford, currently working on a project involving brain tissue.

The Chase started in 2009 with Mark "The Beast" Labbett and Shaun "The Dark Destroyer" Wallace as the main chasers.

Anne "The Governess" Hegerty joined the team in 2010 and Paul "Sinnerman" Sinha the following year. Jenny "The Vixen" Ryan is the latest addition.