A woman charged with being an accessory to the murder of Constable Matthew Hunt has been refused name suppression, despite her lawyer claiming she received a "barrage of threats" and is in danger.

The judge refused her request, noting that her identity is "all over social media".

The woman, 30, appeared in the Waitākere District Court this morning before Judge Brandt Shortland.

She was arrested on Saturday, a day after the fatal shooting of Constable Hunt in the Auckland suburb of Massey.

A second shot police officer and a bystander struck by a vehicle during the incident remain in hospital.

The woman is charged with being an accessory after the fact to murder. 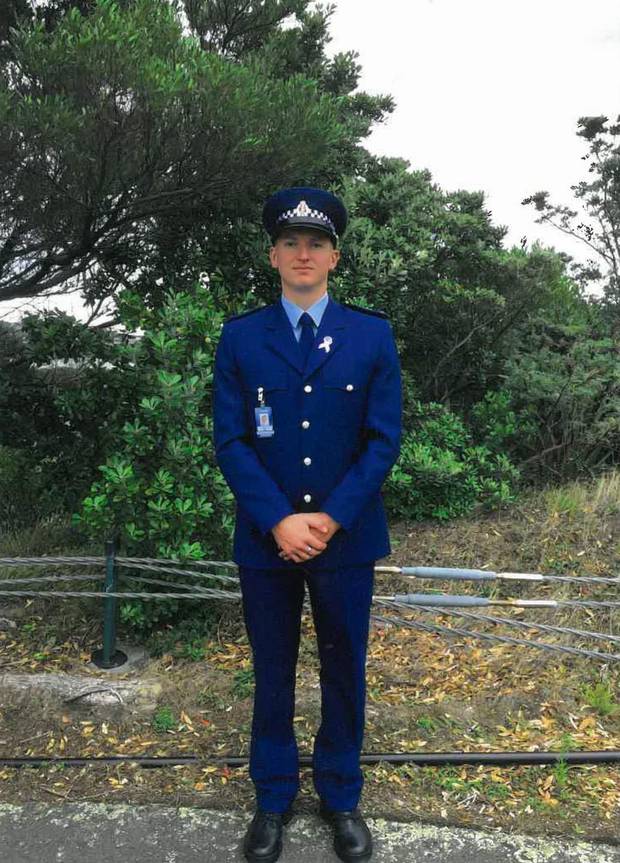 Constable Matthew Hunt was fatally shot in the West Auckland suburb of Massey on Friday.

Court documents viewed by the Herald show she is accused of helping the alleged gunman as a driver "in order to enable him to avoid arrest".

Auckland's Crown solicitor Brian Dickey told the court today that the woman was located after the two police officers were shot following extensive police inquiries and calls for assistance to the public.

The accused's lawyer made an application for interim name suppression for her client, whom she said was potentially in danger after a "barrage of threats" on social media.

It was also argued by naming the woman it would lead to the identification of the alleged gunman, who has interim name suppression.

Dickey opposed the application and said police publicly releasing the woman's name was justified to locate the defendant as quickly as possible.

Judge Shortland told the woman: "Your name's been out there ... The reality is it's all over social media."

He said it was "very hard to put that back" and declined to grant the suppression application in the midst of a "media frenzy".

However, the woman's lawyer immediately indicated she would appeal the decision - which means her name can not be reported.

The judge also suppressed certain details of the case.

He remanded the woman in custody until a High Court hearing on July 8.

The man accused of murdering Hunt appeared in the Waitākere District Court on Saturday.

The 24-year-old was granted interim name suppression and was remanded in custody until a hearing in the High Court on July 8.

He is also charged with attempted murder for allegedly shooting the second officer, and driving dangerously causing injury after a member of the public was injured after being hit by the car allegedly used in the getaway.

The names of the second officer shot and the injured member of the public have both been suppressed.