Only two things can now save Todd Muller and the National Party from the growing likelihood of a crushing defeat at the September 19 election.

Only one of them is in their control.

The uncontrollable element is the potential for a severe enough pre-election Covid-19 outbreak to require a lockdown.

A lockdown would change the current political dynamic, in which the Government's broad success in keeping the virus at bay is fuelling its stratospheric poll ratings and over-riding the political damage caused by the tendency for a few New Zealanders quarantined in hotels to break out of their gilded cages for a trip to the shops.

Another lockdown would be a massive blow to the optimism and emerging economic confidence that comes from hoping we can live somewhat normal lives while the rest of the world is in chaos. When did you last hear someone complain that NZ should be following Australia's lead?

A lockdown, even if only regional, would also postpone election day, giving National more time regroup.

The controllable thing is Muller's own behaviour as leader.

Over the past week, in a cascading series of faltering steps, he has blown his credibility for both integrity and decisiveness.

The slow and cautious response to Clutha-Southland MP Hamish Walker's admission last Monday that he had leaked patient data to media was a worrying sign, in that Muller should have realised he had a tiger by the tail unless he made it very clear that Walker had to walk.

By Tuesday, he was starting to master that and on Wednesday, both Walker and Michelle Boag fell on their swords.

Had there been no more to the story, the Tiwai Point closure would have blown the story out of the news agenda. 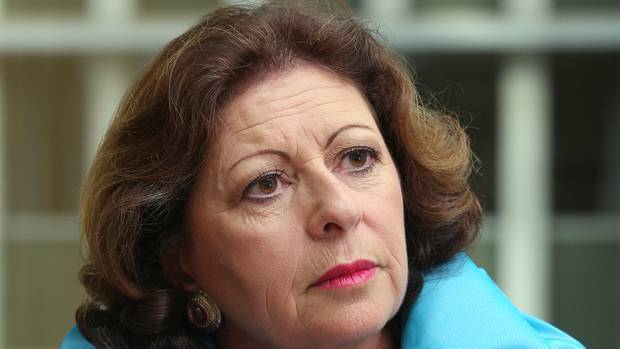 More seriously, it emerged on Friday that not only had Muller known about this on Tuesday and not only did he not act, but that he had been trapped in a lie about it by a persistent journalist on Thursday.

Remember all the anger thrown at the Press Gallery during the lockdown for asking the same question in many different ways? This is why we do it. Because sometimes it's the only way to get at the truth.

Repeatedly asked whether he knew that other National Party MPs had received leaked information from Boag, Muller tried various formulations to avoid saying "no", but eventually said "no" when he should have said "yes".

It might not seem much, but political careers can founder on less. Remember Winston Peters holding up that sign saying "NO" in the 2008 election campaign, denying the campaign donations he did get from Owen Glenn? That cost NZ First three years out of Parliament.

Muller is not, in my opinion, a dirty politician. Most are not, in fact, no matter what so many people think.

But he has allowed himself, through a lack of experience and candour, to become enmeshed in a dirty politics situation and which he missed repeated opportunities to avoid.

He was at it again over the weekend - letting his deputy leader Nikki Kaye appear on TVNZ's Q&A show instead of being there himself. She did her best, but it wasn't enough.

Muller should have fronted on Q&A and his message should have been simply this: "I screwed up. I should have acted earlier, told journalists what I know, and I should have told Michael Woodhouse to go public as soon as he told me."

Yes. That would have made last week even worse for National than it was. Woodhouse might well have had to offer his resignation. However, Muller could have chosen not to accept it, since Woodhouse didn't use the information Boag gave him.

Muller could have looked down the barrel of a TV camera and said: "I learnt a few things this week, and there are some things that will not happen in the National Party under my leadership."

No one would have thought the worse of him for it, apart from those who already think the worst of him and were never going to vote for him anyway.

He might have had a chance to draw a line under the whole shabby affair and reasonably expect it to have faded by election day.

Instead, he heads into a second week of purgatory - nine weeks out from polling day and seven weeks from when advance voting starts - in which the focus remains not only on the National Party's integrity, but also on his own personal integrity.

As a result, an announcement this week on National's infrastructure plan and a speech by finance spokesman Paul Goldsmith laying out new detail on National's economic plan will almost certainly be overshadowed by those shouty political journalists trying to get Muller to admit he lied.

It may already be too late for him to turn this around, but it is not too late to try.

Meanwhile, you'd have to say the Prime Minister chose an exceptionally canny time to take a few days' leave. Like Muller's predecessor, Simon Bridges, she need do nothing more than put her feet up and eat popcorn while this drama plays out, while NZ First - reeling from sub-2 per cent polling - could be forgiven to be scenting a route back to Parliament starting to open up.