Here's an idea. Instead of hiking the cost of domestic waste disposal at the country's landfills, as this no-new-tax government is planning to do, why not appoint Shane Jones as the Minister of Waste?

Jones is an innovative chap, always looking for ideas to create jobs in his beloved provinces. Given that responsibility, he'd no doubt take a look at how the advanced countries are dealing with their rubbish, like they've been doing in Europe, the United States and east Asia for decades now, turning it into energy. They burn it at high temperature to create fuel, gas or steam, which drives a turbine and churns out electricity.

And Jones has got the money at his disposal to do it; the Provincial Growth Fund. Just this week he's shown a willingness to be innovative when it comes to waste, doling out almost $400,000 to a company operating in the Whanganui/Manawatū region researching converting pine trees into what they're calling bio-plastic, producing single-use cups and food packaging and high-value plywood.

And in his book there's nothing wasteful about this, most of the trees in the region are grown on land owned by iwi so it could be a win-win for the Prince of the Provinces.

But waste, or the disposal of it, is the preserve of the associate Environment Minister, Greenie Eugenie Sage, who is vehemently opposed to burning the stuff, presumably because it could compromise the nuclear-free moment of her boss' generation - climate change.

Sage argues that in the past decade we've sent almost 30 million tonnes of waste to municipal landfills - a 50 per cent increase in our cast-offs, much of which she says can he recycled, composted or even reused. 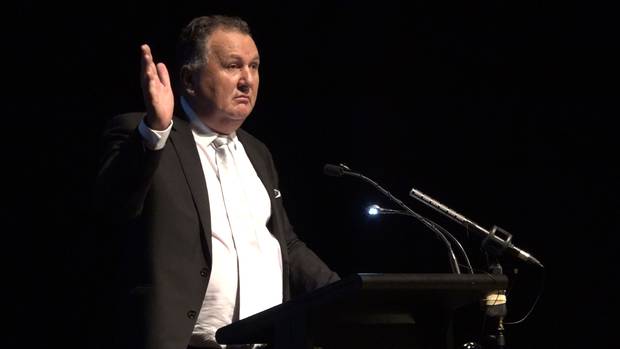 Tell that to the waste truck driver at my large apartment complex in Wellington a few years back who told me not to bother putting the recyclables into the allocated bins: "They all go into the same hole anyway," he shrugged. Even though his company denied it, following the rubbish truck to the tip proved it.

Sage's solution is to increase the cost of using landfills, increasing the levy over the next four years by five to six times of what it is today. That would conceivably mean the plastic rubbish bag you have to buy in Wellington to send your rubbish to the tip could cost more than ten bucks a pop. This from a government which promised no new taxes!

Fortunately, the great unwashed churning out the rubbish have until next February to try and twist the Government's arm on this one. Pity the timeframe can't be extended until later in the year.