We've all done it - tracked down the troll. The anonymity of the internet turns some people into keyboard warriors with, it seems, what they see as a licence to pump out whatever vile message comes into the brain for the fingers to tap out. It's the freedom to flagellate.

The Greens' Chlöe Swarbrick seemed somewhat surprised to find that when she delved into mudslingers' backgrounds she found they were normal people, even to her objectively decent people with families and things they care about.

She shouldn't have been.

She's never met any of those she tracked down who've dispensed their thoughts on her but does say they've developed some pretty strong feelings about things that they haven't bothered to give her the opportunity to address.

The list MP reckons throwing shade and insults on the interweb may give them an instant hit from the comfort of their keyboard, but she says she's willing to meaningfully address their hatred and anger which she reckons might give them a more long-term buzz.

Before you say OK Boomer, the 25-year-old millennial with a keen sense of humour does have a good point. You'll know who you are if you've sent her messages full of invective and threats with the more mild ones telling her to piss off and calling her a silly girl who hasn't got a clue.

This is all part of the new social media world and the venom unfortunately will never be stamped out. If you don't like it, you do have the ability to block the offender which at least gives you some pleasure and them the pain.

We most certainly do live in a changing world though, a 17-year-old getting the nod for the National Party in the Palmerston North, beating Jo Hayes, a list MP old enough to be his grandmother. Of course William Wood's not old enough to vote yet, but will become eligible at his next birthday in January and a year ago was saying he wanted to be prime minister. 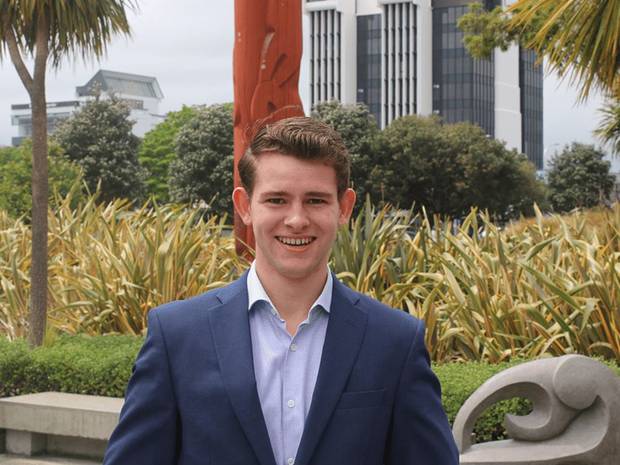 William Wood, 17, has won the National Party selection to stand in Palmerston North in 2020. Photo / Supplied

Given it's 45 years since the seat was held by a National MP, and then for only three years, the youngster's chances of pulling it off are extremely remote, although he is up against Labour minister Iain Lees-Galloway who's taken a thumping over the past couple of years.

And by sheer coincidence there was a William Wood who held the seat for three years from 1902 for the Liberals.

But a teenage school-leaver whose main experience in life, listed by the Young Nats as the first of the NCEA generation to stand, is ridiculous.

Parliament's Speaker Trevor Mallard may have built a playground on the front lawn but the place simply isn't suited to a teenage MP without any real life experience, ill-equipped to be involved in lawmaking.