Did The Greens actually have buy-in to the promise by Jacinda Ardern to make her Government the most transparent ever?

If they did then they're not living up to her promise.

Keeping the media at bay during their recent annual conference is their business. Co-leader James Shaw was quite upfront about it, saying the media usually latch on to someone on the fringe of the party and cause trouble.

But then perhaps if they had something worthwhile to say the media wouldn't have to go looking for the stirrers. As it was, it was only the speeches of the co-leaders that were open to the media - but that's the party's business, it doesn't impinge on the so-called open-door Government where the door on too many occasions has remained firmly closed to what's been going on inside.

It's the Cabinet door that appears to be firmly locked when it comes to the influence exerted by the Greens in Let's Get Wellington Moving, which will be at snail's pace for the foreseeable future when it comes to getting through the Mt Vic Tunnel on the way to the airport.

What did Genter say to Twyford to change his and Cabinet's mind? There's protocol for finding out what was said in a letter she sent to the minister.

If she sent it as a Green MP it seems it doesn't have to be made public. If it was sent in her ministerial capacity, which she's confirmed it was, then it does - it's part of the public record, or at least it should be, given the context of the debate. 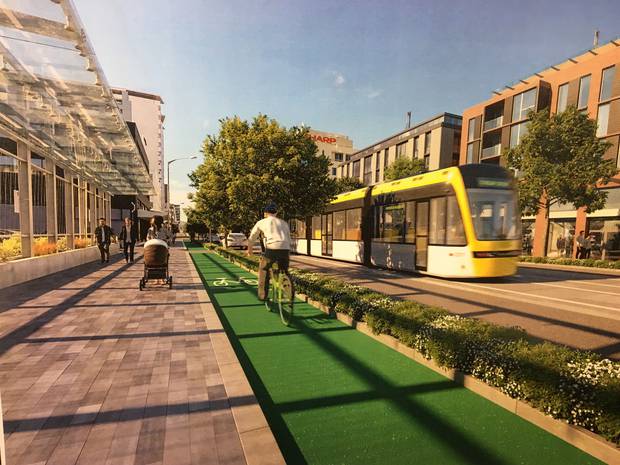 Twyford was tongue-tied in Parliament trying to defend the confidentiality of the letter when he was - somewhat inappropriately, given the context of the debate - standing in for Genter, who was away for the day.

Wellingtonians are left speculating as to what influence the Greens have had in foiling the $6.4 billion transport plan.

Speaker Trevor Mallard wasn't happy either, saying that when he was an Opposition MP he was frequently successful in discovering what was being said between ministers, searching under the Official Information Act, and he's promised to go away and have a look at it.

Don't be surprised if we hear something from Mallard on the issue today and if it's a 'stand-and-deliver the letter' order from the Speaker, then postman Twyford could be left cleaning off the egg.

They're obviously hiding something and the taxpayer has a right to know.