We're doing this, the sign behind Jacinda Ardern proclaimed as she filled the Labour Party faithful with Christmas cheer.

And they were doing this, they were finally delivering in her year of delivery which has so far been dogged by the failure of their big-ticket promises, like the splintered KiwiBuild and the capital gains tax, which drew audible gasps in the Beehive theatre where Ardern's captain's call became her red card.

She's transferred her house-building programme to classrooms, where they've laid aside $400 million to be spent over the next two years. All the state schools built before 2015 are getting a slice of the borrowed money based on how many kids are attending a school rather than whether it's in dire need of repair.

But if you're Ponsonby intermediate being offered more than $387,000 you'd find somewhere for it to be spent, just as if you were my old school, Gore High, which has been offered around the same amount. At the other end of the scale there's the school in Waiuku with a roll of just two which will be eligible for the minimum payout of $50,000, or 25 grand a kid.

The elephant in the room, the sex scandals which have eviscerated the party over the past year forcing them to elect a new president, seemed to have been forgotten about as they were doing this, not that.

Only a Labour conference would cheer loud and long for the Government doing this, and they did. Ardern was delivering and it was music to their ears, with the Prime Minister declaring it will be a boost to the economy throughout the country, giving work to trades people and the like, as if they need more work.

You're hard pressed to nail one down these days and the Government has put a two-year time limit on the school spend which will mean that securing a tradie is likely to become even more expensive and more difficult for the private punter than finding a hen with teeth.

Despite all the hoopla surrounding the announcement, a government has to spend money on schools anyway and what Labour was doing was very similar to what the Nats were promising in the Budget just before the electorate was blinded by the Jacindamania light. 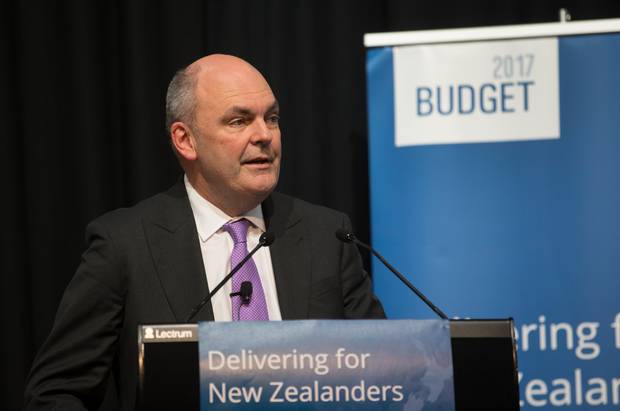 Steven Joyce in his one and only Budget promised "the largest ever" spend, just on $469m over four years, in more targeted operational funding for primary and secondary schools.

But we haven't heard the last from the deliverers yet. They're taking the lead from the Reserve Bank Guv Adrian Orr, who urged them to loosen the purse strings to stimulate the sluggish economy.

On the eve of election year, the bung's about to be popped from the pork barrel.