How sad. The Aging Politicians Enjoying Cocktails, or Apec leaders, won't get to clink their glasses in Chile's capital Santiago in a couple of weeks.

Okay, you may think aging is the wrong tag to attach to leaders these days, and should be replaced with ageless. Especially given Jacinda Ardern and Justin Trudeau, who's there by the skin of his electoral teeth, now get to line up in their silly shirts.

But average the age out with the likes of Donald Trump, the Chinese and Russian presidents, and then add Malaysia's 94-year-old leader to the mix, and they're still aged.

The talkfest has been called off as a result of the violent clashes on the streets of Santiago and, with the death toll creeping towards 20, their safety can't be assured.

So will the world be worse off because the meeting's been called off?

Well, it won't give the same glamorous stage for Trump to finally sign off phase one of a trade deal with China, which will probably be about as successful as his meetings with North Korea's rocket man Kim Jong Un have been. 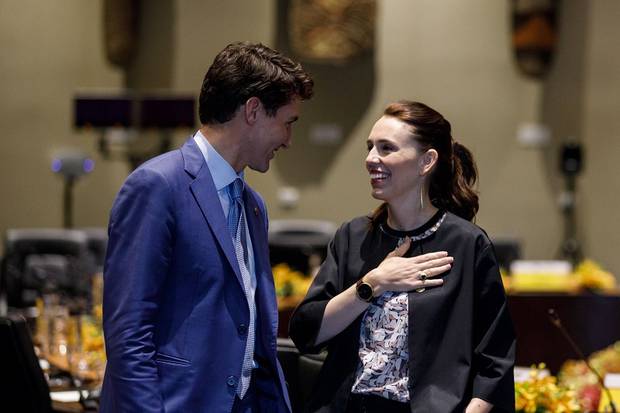 And it won't see the presentation of the full, frank and meaningless Apec declaration which will already have been written.

If you think that's harsh then think again.

During the many years of covering the cocktail clinkers, there's only one which really gave us something to sink our teeth into, other than skirmishes on the sidelines. That was the sixth meeting of Apec leaders in Bogor, Indonesia, back in 1994, where they set some trade goals.

Our Prime Minister of the day was Jim Bolger, who signed off the declaration with the other leaders including the American President Bill Clinton who just four years later was facing impeachment for not having sex with that woman.

The goals aimed at seeing free trade between the industrialised economies by 2010 and would have enveloped developing countries by next year. 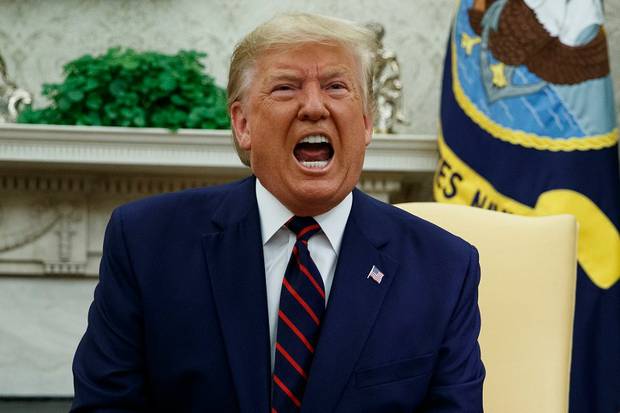 President Donald Trump speaks during a meeting in the Oval Office of the White House, Oct. 2, 2019. Photo / AP

The goals were kicked to touch nine years ago, hardly surprising given the only two leaders who are still around to honour them are the Malaysian leader, who's forgotten about them, and the Sultan of Brunei, who has little need for free trade given that everything in his country for its half a million citizens is free thanks to the never-ending supply of oil.

In reality, the real benefit of this gathering is that they all get together every year and chew the fat and for a country of New Zealand's size that's important.

Next year it'll be in Malaysia, presided over by their leader who will have celebrated his 95th birthday and who certainly will deserve a cocktail or two.

The following year either Jacinda Ardern or possibly Simon Bridges will be in the chair for the cocktail party in Auckland, providing they can find a venue.

Perhaps we could get a deal on the fleet of Maseratis and Bentleys bought for Apec for the last summit in Papua New Guinea last year, which cost more than $210 million to stage.

They have already gifted a Bentley to their new Prime Minister after he promised to stamp out corruption, but most of the fleet's gathering dust in a warehouse so we should get in quick.