Social media posts said he died of a heart attack.

Tokona, live and in the studio, played with a mountain of musicians including Weta with brother Clinton, Fly My Pretties, Bongmaster, Fat Freddy's Drop, The Adults and Cairo Knife Fight. He worked on a Kim Dotcom album as well but preferred to leave that partnership in the past.

He also worked a day job about after meeting Sarena, mother of his daughter, Asha. He studied accountancy and worked as a manager for his in-laws and told the Herald in 2015 I can "read a balance sheet and work Excel" when needed.

terribly sad news my dear friend from school and one of the most talented musicians I know Aaron Tokona died of a heart attack today. Last time I saw him was at my 40th where he played with Dave Dobbyn, Hollie Smith, Che Fu. Here he is with my kids. Rest In Peace and music my bro pic.twitter.com/EvpKwBdYLZ

Entertaining and social commentary-style Facebook rants were other interests.

Tokona, of Ngai Te Rangi and Maniapoto, was taught to embrace his Maori heritage through being raised "a kapa haka kid" by a solo father and paternal grandparents steeped in Maoritanga.

He was "empowered as a Maori performer" from watching artists like Prince Tui Teka and Billy T James in the 1980s. 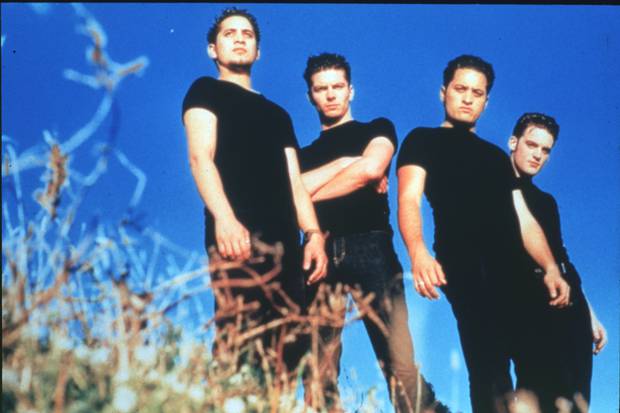 "It had a beautiful effect for Maori, seeing Maori on TV and getting No1 hits, especially when you're learning to deal with what is primarily a Pakeha world," he once said.

Clarke Gayford, partner of Prime Minister Jacinda Ardern, tweeted about his time with Tokona in his backyard, playing guitar for hours on end.

Processing the terrible news that the wild, crazy, fruity, explosion of a frontman with a bottomless pit of talent Aaron Tokana has died suddenly. The singalongs in my backyard with Aaron playing guitar for hours on end a precious memory. RIP e hoa.https://t.co/cuDyEKaw4p