Rob Cope has just built a kitchen out of free pallets.

A kitchen made of something usually stuck on the end of a forklift to transport goods wasn't the dream for the Wellington builder and his wife, author and psychology student Zareen Sheikh-Cope.

They'd planned to put a new kitchen in the family home.

It cost them a new kitchen, and then some.

"This is not a get-rich-quick scheme. It's more about, 'Here's the bit we need to do.'"

Need it was. Easy it was not.

"We were in tears a lot," Cope says of the 18-month project, which was completed during the lockdown and is now streaming on Vimeo On Demand.

"I'm a builder by trade so I don't cry a lot. But I've cried a lot. Now that we know what we know, it's really upsetting whenever I see a kid with a smartphone because I know what they can watch on it. I go to my son's soccer and he's almost 13 and you've got 20 gorgeous young men on the field and you know that 90 per cent of them have smartphones and about 90 per cent of them don't have any filters.

"I really fear for their futures … it's like this massive burden we're carrying and we just want parents to be educated and to know the reality of the world their kids are growing up in."

What is that world?

According to Our Kids Online, it's a world where a teen's first sexual experience, once "light petting", could now be strangulation of a sexual partner.

And it's a world where, at the tap of a screen or click of a mouse, kids can find themselves in places where predators, sometimes posing as other children, may be lurking under the invisibility cloak of the internet.

It's also a world that's on the radar of authorities, and there have been moves to keep kids safe online - among the most recent the six-week, $1.5 million advertising campaign Keep It Real Online.

The film censor's office, police, Internal Affairs, Ministry of Education and Network for Learning collaborated with Netsafe to put advice, including on pornography and online grooming, on one site, keepitrealonline.govt.nz

Young people had also told them they wanted restrictions around what they could watch and have access to, Chief Censor David Shanks wrote in the report's introduction.

But any regulation of porn's modern home, the internet - a vast, unwieldy tool with no central control and a strong ethos of freedom - is no small task.

He regularly heard from counsellors, teachers, youth and community workers about the serious harm being done to young people "learning behaviour that does not model healthy, loving or respectful sexual relationships". 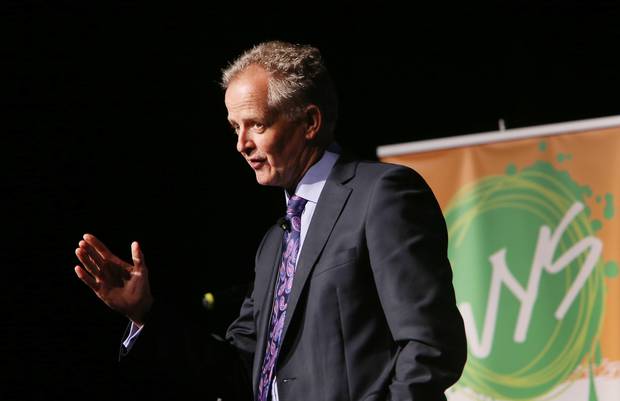 Adults had been passive and "abdicated responsibility" for the situation, Becroft added, but his comments also laid bare its challenges.

Internal Affairs Minister Tracey Martin knows about some of those challenges.

But after circulating the paper around her NZ First colleagues, coalition partner Labour and confidence and supply partner the Greens, she says she failed to win support to take it further.

She knows from her own experience how easy it is for young people to see things they shouldn't - sometimes inadvertently, as was the case for a 10-year-old relative researching one of ancient Egypt's most famous rulers.

"She was studying Cleopatra and, I can tell you now, the imagery that came up - Cleopatra never did that.

"Luckily [my relative's] mum was with her and slammed the machine shut."

'We've taught our kids to google everything'

It's exactly that scenario Cope and Sheikh-Cope were seeking to avoid when the four children they share began asking for electronic devices.

Before any device was placed in small hands, the couple decided to research what their children, now aged between 10 and 15, might be able to find.

Speaking with other parents brought no comfort.

"We thought, 'Oh my God, we have to do something with this. We can't just have this knowledge to ourselves.'

"But when we spoke to other parents more than 90 per cent didn't have filters in place or weren't aware there was an issue." 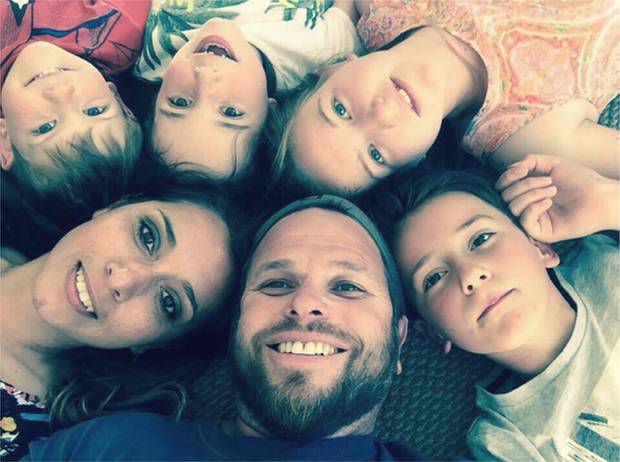 "I had a moment where I thought, 'It can't be that bad, it must be a certain selection of kids this is happening to, it can't be all kids.'

"But it was very brief … I think it was more that I was afraid because to acknowledge there was a problem on this scale meant I would have to engage with it and, at that time, it frightened me."

The conversations can still be confronting. But they're getting easier.

One of the most recent involved her 10-year-old daughter asking - after being told by schoolmates about a fictional clown raping and killing children - 'How would a man have sex with a boy?'

They had an age-appropriate discussion that answered her daughter's questions, but it could've ended so differently.

"If we didn't have filters on our computer and if we hadn't had these [open] discussions, because we've taught our children to google everything, she would've just come home and googled," Cope says.

"And she would've found it, and that would've scarred her for life."

But it could never be just about their own kids. For one, their kids will one day date other people's kids.

And all kids need to be protected, Cope says.

Because even though we don't like to think about it, their curiosity about sex is normal, he says.

"That's the main thing from our film. None of these kids are bad, they're just curious and we've given them the ultimate encyclopaedia here, with no filters.

Humour was an important inclusion, especially for older teens - the couple only recommends the documentary for those aged 16 and over - watching with their parents, Cope says.

"We also used a lot of beautiful cinematography, to bring in the beauty mixed with the harsh stories."

And some of those stories are harsh.

Detective Constable Hannah Clayden , of the police covert online investigation unit, told the couple of the grooming of Kiwi kids by online predators.

"We dealt with a case where a girl of 6 was told to do sexual things to herself, and she did that," Clayden says in Our Kids Online.

"She didn't realise they were sexual, she was just following instructions that an adult told her to do because she thought she was going to get a place in a dance academy, or whatever it was she was auditioning for."

Those interviewed spoke relationship issues and erectile dysfunction, while US and Australian experts told the documentary makers of increasing numbers of child-on-child sexual assaults.

They did not have statistics for New Zealand, Cope says.

Told of a statistic that one in six young men had either choked their partner or ejaculated on her face, one teenage girl, laughing, said she'd experienced both.

Tech solutions on the way - expert

Despite what some might think, they're not anti-porn. Nor are their efforts driven by any religious belief - they're not religious, the couple says.

And, because it can now never be completely hidden, to help other parents trying to protect their kids in a changed world. The documentary includes advice on parental control filters.

"Of all the online safety conversations, the one about pornography is the one parents dread the most."

Parents of kids as young as 10 have come to them for advice, Cocker says. 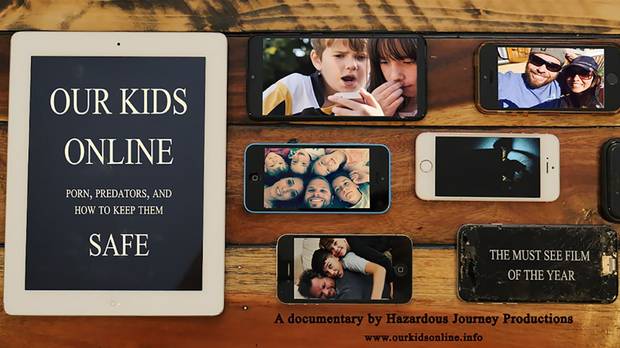 "There's much being done in New Zealand. There's just a need for the regulation and technology to meet at the same time", Cocker says, referring, in particular, to "rapidly evolving" age verification technology.

But an app is currently being developed in New Zealand which provides instant age recognition of faces but holds no data. 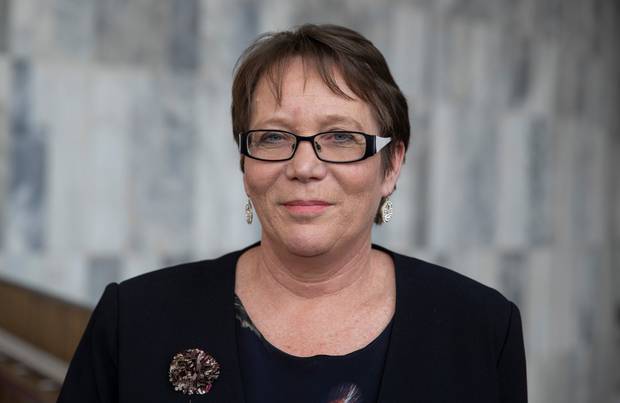 "It's no longer in an abstract, even more so. To try and get my generation to understand this is where it's gone to."

"That's just not good enough. Because what we're saying is, 'We're going to leave the internet alone and all you parents are going to have to keep watching out for your kids all the time, from every angle, even in the dark when they're in their rooms on their phones.'

"I mean, come on guys, you can't leave it all to parents."

Sheikh-Cope and Cope agree a collaborative effort is the way forward, one where everybody brings "their little slice of the pie", Sheikh-Cope says.

"Our slice of the pie is the documentary ... to show parents what's actually happening and give them some tools they can use straight away."

"Just two parents who saw a film that needed to be made, and just made it."