For Dixon it was his 51st career victory and fifth in Texas while McLaughlin earned his first podium in his fourth race.

McLaughlin, racing in his first Indycar oval race, began in 15th place and worked his way through the pack to put pressure on Dixon in the closing stages. 21-year-old Pato O'Ward was third.

Dixon, in the Chip Ganassi Racing car, said he was so excited when McLaughlin moved into second in the closing stages of the race.

"I had this thing on the dash that tells me the gaps of the cars. I had to take it off because it was stressing me out more than anything. I kept looking down and in the mirror as he was fast," Dixon said. 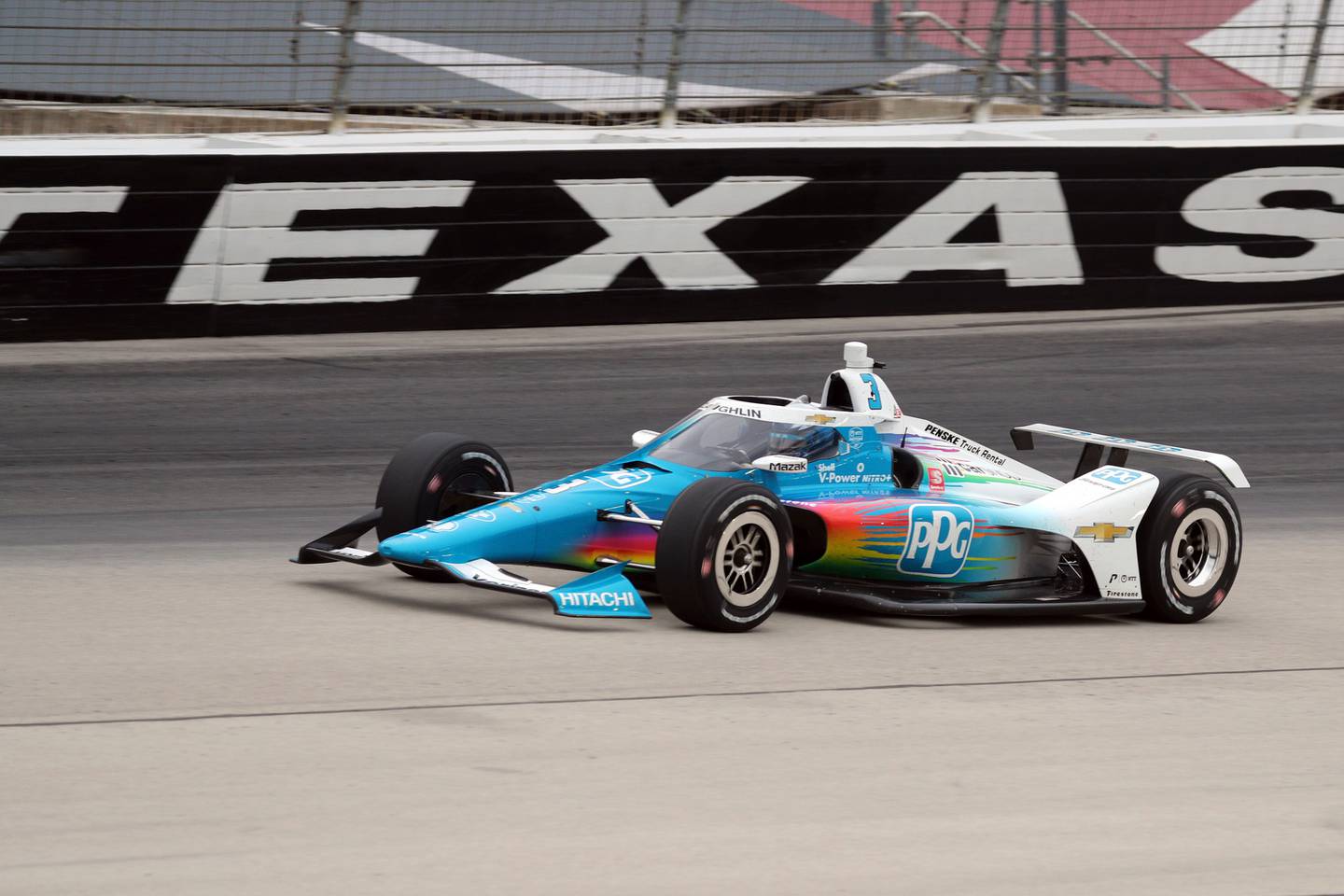 Dixon moved with one of matching Mario Andretti's 52 victories for the second-most on the career list that A.J. Foyt tops with 67. Dixon has now won a race in 19 different seasons, breaking a tie with Foyt for the most. Dixon last year won his sixth season title, one short of Foyt's record seven.

"I never dreamed of that. I feel so lucky and so privileged to do what I get to do," he said.

For rookie McLaughlin, the podium result could be considered a bigger achievement than Dixon's race win.

The Team Penske driver, who moved to Indycar after securing three straight Supercars titles, said he has never felt so happy after finishing a race in second.

"I've never been this bloody happy with second. I'm really stoked…just couldn't quite get Scotty at the end there. It was bloody cool to battle with my all-time favourite hero in Scotty Dixon. Two Kiwis one and two is fantastic," he said.

"During the last caution period, I was thinking 'holy crap'. I was looking at the crowd and getting all excited. I'm just so proud. I've worked so hard behind the scenes to make it feel good. We had some good strategy there from my team. They put me in the position and I'm just happy to bring it home for them."

The win sees Dixon move from third to first in the standings after three races with Alex Palou 18 points behind him in second. McLaughlin jumps up to seventh place, 43 points back.

There is a second race at the Texas Motor Speedway tomorrow.