ASB Classic tournament director Karl Budge says the future of the Auckland women's event is assured, even if a mooted WTA teams tournament held in the same week comes to fruition.

After the success of the ATP Cup this week, there has been support from several leading players for an equivalent event on the female side — something that would have significant implications for the Auckland tournament. 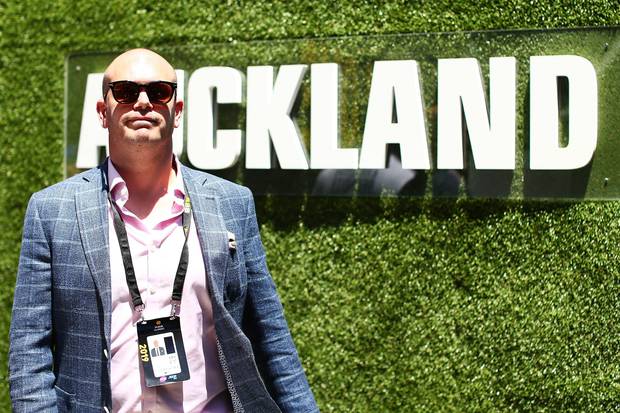 Budge has been included in initial discussions about the concept with the WTA and Tennis Australia, but says there are a lot of hurdles to overcome, and even if it does happen, it won't be for at least three years.

"There have been initial conversations with [WTA CEO] Steve Simon and Tennis Australia.

"There is a lot of water to go under the bridge. Obviously it gets attention when it is in the media, but it definitely won't happen next year, and I can't see it the year after either. It took a long time for the ATP Cup to get anywhere near the position it is in now."

Budge points out there are a lot of things to work through.

"For a start there would need to be equal prizemoney; so can they [Tennis Australia] make a [combined] $25 million tournament work?," he asked.

"And if it gets any traction, what is our preference? Would we want to be the other alternative [tournament] that week? Would we want to be part of it as a host city? Are we wanting to swap weeks? There is a heap of different options that we could explore and I want to make sure that we are part of the discussion."

The ATP Cup has involved 24 national teams, playing in Sydney, Brisbane and Perth, with the final played today in Sydney. Although there has been some teething issues, it has been well received by players and fans. It has meant changes to the calendar, with the men's draw in Brisbane and the Hopman Cup and ATP 250 event in Pune no longer staged, although Doha has continued in the same week.

It has also caused some controversy, as the women's matches at the Brisbane International were relegated to outside courts until Thursday, to accommodate the men playing at the same venue, prompting Maria Sharapova to say their tournament felt like a "second-tier" event.

However there are significant roadblocks for the proposed WTA Cup, not least financially. The ATP Cup is a US$15 million commitment, which would need to be matched for a female event. It would also require co-operation from the two tours which is not necessarily a given, and the make-up of teams would be more difficult, given the differing concentration of talent on the women's tour. Any plans would have to be ratified by player and tournament councils, and find agreement over the mechanics of entry, ranking points and prizemoney.

"We all understand it would be an amazing thing to have a teams event in guys and girls, but if that is reality, I'm not sure," said Budge. "I'm not sure it is something that is on the ATP's radar at the moment. But we are open-minded.

"I've heard of a lot of proposals come and go over the years. Whatever happens, our event will continue. We own the licence, we own the sanction. It's what we do with it that's up to us. We are part of the conversation."