Next year, even with a 90 per cent of the eligible population vaccinated, Covid cases in the area covering Auckland and Northland could hit 5300 a week for six weeks.

The Government is not worried about this. In fact, it thinks it is entirely manageable.

Only a fraction of these cases will end up in hospital, and even fewer will end up in ICU on ventilators. Most will isolate at home, with daily check-ups from health staff over the phone. A good portion of them won't even speak to a doctor about their condition, but will instead be cared for over the phone by nursing staff and health officials.

The plan was potentially the most drastic pivot in New Zealand's Covid strategy since the beginning of the outbreak.

Instead of positive cases being taken to mandatory quarantine, most will isolate at home. After testing positive, patients will be contacted by health officials, usually over the phone.

Their needs will then be assessed. People who stand a good chance of not being seriously ill might receive simple, regular check-ups over the phone. Others will be given a pulse oximeter (an infrared finger monitor), that will check whether the patients are worsening to the extent they need hospital-level care.

Voluntary organisations and NGOs might be roped in to deliver food and care packages. Cases will be called daily to monitor compliance and to check on people's health.

Little said that, contrary to popular opinion, the health system has sufficient capacity to deal with an outbreak of this size. 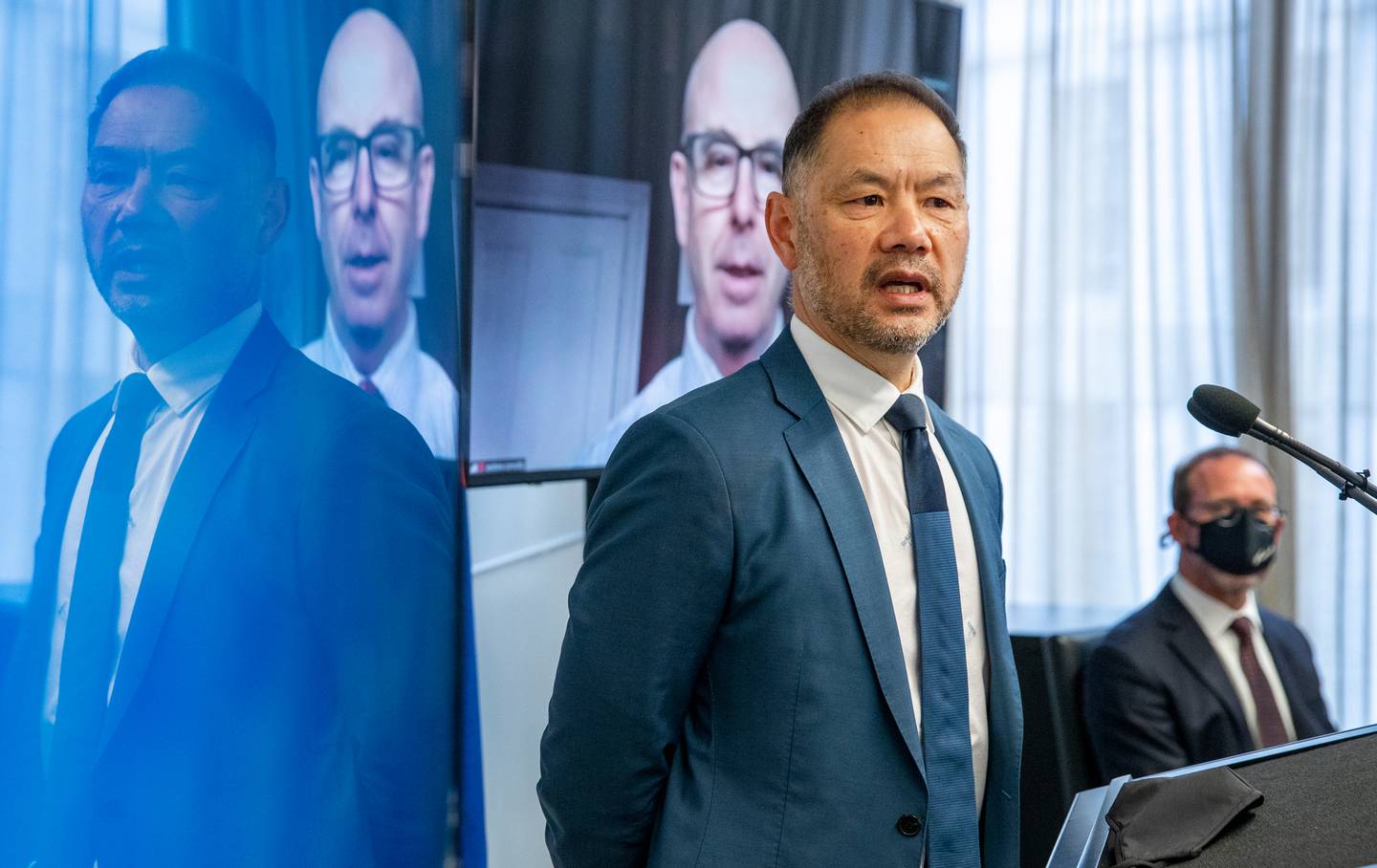 "Current ICU or high dependency utilisation is roughly two thirds," Little said, adding it was "not correct" to say the hospital system was "maxed out" by the current outbreak.

Little would not put a date on when the new plan would take effect, but said the key tripping point would be vaccination rates.

Lowe said primary care had been working for "probably a couple of months now… on what the primary care model looks like and also the clinical pathway to follow".

"The important part of that is it's predicted that 5270 of those cases will be managed in the community".

Lowe said that in future, the positive cases would be identified - "maybe at a testing station, it may be at a respiratory clinic, or a general practice of a surveillance swab".

Following a positive test, patients would be assessed twice.

"Public health does two assessments of that patient to define their risk.

"One is their medical risk which is based on their ethnicity, age and medical conditions that the person might have."

The other assessment "looks at the social risks of that patent -are they able to manage or self iso at home - are there needs for their family in terms of food, clothing, education".

Those assessments would help people to be "risk-stratified clinically to decide where they can be safely managed".

"90-95 per cent of people who get Covid-19 will have a mild viral illness which requires no treatment but will need monitoring, usually at home," he said.

While Little stressed the health system could cope with the outbreak, all three officials acknowledged a period of high case numbers would be busy.

5270 people being put into isolation each week means a minimum of that number of phone calls every day - plus calling people who tested positive prior.

Little said that the current restrictions were not immediately being relaxed.

"At the moment we've got restrictions in place… the closer we get to that 90 per cent vaccination rate then we can make decisions about what happens next."

However, he made it clear the Government was heading in the direction of loosening restrictions.

"But we've already made some commitments about - the early part of next year, when we expect to see the relaxation of borders and those sorts of things. But it will be very much driven by how we can get that vaccination rate up."