At last we have heard from Harry.

Having commanded global headlines for weeks; upended the monarchy and its traditions; having put his father in a hopelessly sad position; and having shown his grandmother a startling lack of respect. He finally broke cover to actually speak to the world and tell us what led to this.

And what all led to this appears to be the media. Speaking at a charity event, he said he wants to go on serving the Queen, the Commonwealth and his military associations, but without public funding.

That immediately, if you read between the lines, smacks of PR spin dreamed up by his team in California. The so-called public money is a comparative pittance. If he's still getting money from the Duchy, that is, technically still government money given it's the domain of the Prince of Wales, and the Prince of Wales is part of the monarchy. 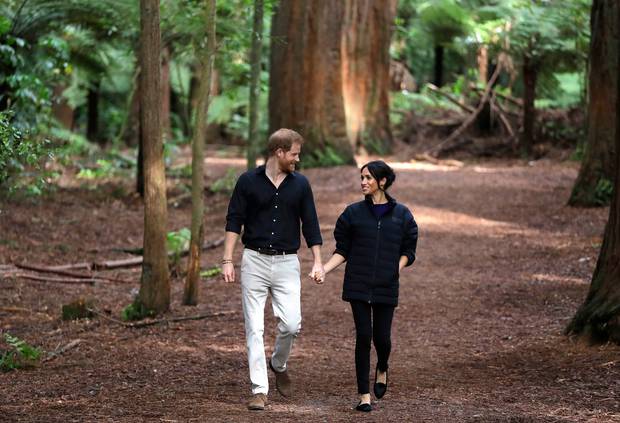 Is the entire episode simply a matter of Meghan's dislike for Britain? File photo / Robert Kitchin

He said, ultimately, there was no other option, which simply isn't true. And it gives you an insight into him and his wife, and their inability to handle matters they don't like with a stoic nature.

Remembering, of course, his lot is hereditary. It is what it is. You don't bail out when it all gets a bit sticky. You think the Queen hasn't had the odd bad day, month, or year?

In that lies the weakness of his whole indulgence. Having grown up with role models such as his grandmother and his father, people who's lives have been given to service, he hasn't seen that and learned from it, and he hasn't been able to be tough enough to make it work.

The media are a force and they seem to have been the bit he, or his wife, can't cope with.

In a way, I don't blame him. For all the fun bits, being a royal must be a massive pain. But the key question here, and this is where it's potentially a mess, is: How is what they have done going to fix anything? I can't see how.

So she voices a few films, he makes a documentary or two, maybe they write a book, but do they stop getting commented on, followed, hounded, or speculated on? No. So he's called "Harry" not your "Royal Highness". So what?

The more this looks ill-conceived, the more it looks like she simply hates Britain, loves Hollywood, and is trying to work out some sort of deal whereby she gets what she wants, given she didn't think the whole thing through properly in the first place, and is now making him sacrifice a lot more than she is.

I also think there isn't a lot of real venom in this. Most people wish them well, why wouldn't you?

But muddling through personal issues in a public way only exacerbates the increasingly glaring mistake he's walking into.

Royals used to marry only each other. Having watched this, you can see why.