If politics is about spin, we are into the season proper already.

Shane Jones - in the best traditions of Winston Peters - is trying to bluster his way out of yet more attention around his Provincial Growth Fund, and whether he had heard from the forestry company tied to Brian Henry, Peters' lawyer and Jan Trotman, Peters' partner, before he stated in Parliament that he had.

He claimed a conflict of interest in October and removed himself from the application process. The company were after $15 million.

Papers subsequently show the company in their application form ticked the box when it asked have you presented or talked about this request with the government previously. They said yes, and that was in April .

Brian Henry's son, who's also involved in the company has said he met with Jones. Jones says that's not true. So who to believe?

Fresh material from Jones yesterday saying he'll meet with whoever he wants in Bellamys and he's not going to stop. I think we can read from that Jones claims a meeting isn't a briefing, an application, or a presentation. It's lunch, or dinner.

And the fact that the people he has lunch or dinner with just happen to be some of the same people who go onto apply for money from his taxpayer funded money pot shouldn't really matter.

Good try Jones, no one is buying it. This might not stink given they didn't, in the end, actually get the money. But there is undisputed inconsistency of story, and if you add the fact New Zealand First already have many questions around their foundation, also attended to by Brian Henry, then we have a prima facie case that needs our attention.

And then we come to the hocus pocus that increasingly looks like the Ihumātao deal. No one is talking, but a deal has clearly been done, or close to, and the announcement is apparently going to be made before Waitangi Day. Why do you think that is? 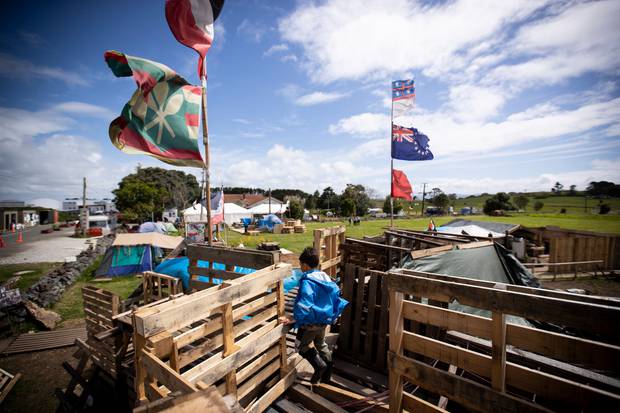 It's been widely signalled a deal has been done over the contested land at Ihumātao but no announcement has been made. File photo / Dean Purcell

Now, as a scrap I don't care who's got what, as long as not one cent of our money has paid for it. This was a private dispute between a building company and a bunch of trouble makers who didn't like the deal that had been done, despite the deal having gone through all the regulatory loopholes.

In fact, the group that hated the deal, was part of the group that made the deal. So they can scrap amongst themselves till the cows come home if they want, but once the official boxes were ticked and the decisions made, none of it had anything to do with the rest of us.

Until, of course, the do-gooder Jacinda Ardern turned up and started angsting.

The hocus pocus is going to be how Fletchers get to leave the land. The answer is money, and who's money. Governments or council loan, or grant, or gift, it's all the same thing. We, you and me, have been used to sort someone else's mess out.

Being the way they are, the government will probably look at this as a win. Using other peoples money has come easily to them hence they've spent it all and they're now borrowing.

But for the fiscally sensible, which I think is the majority of us, we've been played. It cow tows to trouble makers, it says screaming works, it sets precedent around Treaty issues, and it creates more trouble.

You don't want to start election year with trouble, questions, and suspicions.