Listen to the audio above as Mike Hosking is joined by Tim Wilson and Kate Hawkesby to wrap the week in news.

All Blacks and Blues superstar Beauden Barrett has signed a lucrative one-year deal to play for Suntory Sungoliath in Japan next year.

Barrett, who signed a four-year deal with New Zealand Rugby and the Blues last year, will miss next year's Super Rugby season and play for the Suntory club based in Tokyo, before returning to New Zealand for the 2021 international season. He will then remain in New Zealand for the rest of his contract until 2023.

The Japanese deal is reportedly worth $1.5m per season, which would make Barrett one of the highest-paid players in the world.

The plan to play in Japan in 2021 is part of Barrett's four-year deal agreed last year with New Zealand Rugby (NZR) and the Blues.

"For me it made sense to go next year and then have two years back with the Blues and hopefully the All Blacks in the lead-up to the Rugby World Cup," said Barrett. 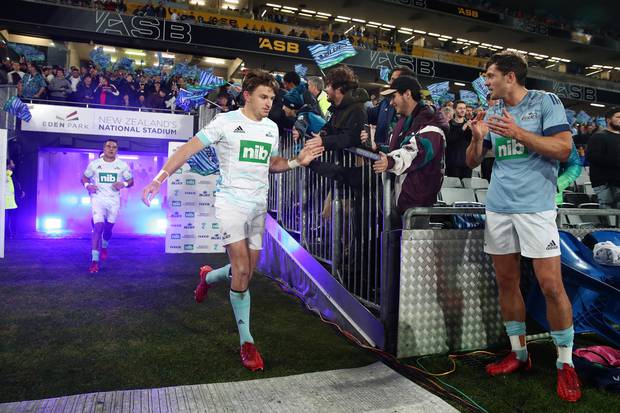 Beauden Barrett of the Blues runs out during the round 3 Super Rugby Aotearoa match between the Blues and the Highlanders. Photo / Getty Images.

"My wife and I are excited to head to Japan next year. It is an appealing place for a young family and comparatively safe in health terms.

"The Investec Super Rugby Aotearoa competition has been an amazing experience. It's been brutal and demanding which is what you expect when New Zealand teams play each other.

"I'm loving every minute of it and having such big crowds turning out has been fantastic.

"I am loving the move to the Blues and we still have a job to do this season. It is an excellent environment with great coaching and an awesome bunch of dedicated players.

"While the excitement about heading to Japan will build closer to the time, I'll also be looking forward to being back later in 2021."

NZR general manager professional rugby and performance Chris Lendrum said: "The arrangement is similar to what was in place for Beaudy's All Blacks teammates Brodie Retallick and Sam Whitelock who played in Japan this year. That flexibility in our contracting is key: it allows our top players to refresh in a different rugby environment but remain committed to New Zealand Rugby which, in the long term, is great for both parties."

"Our focus is fully on the current campaign but we have plans for next year without Beaudy. He will be a big loss but that is countered with what he is doing on and off the field this year, and that we get him for two more years.

"We have Otere Black playing terrific rugby, and Harry Plummer who has been coming off the bench, while we will have Stephen Perofeta back next season from injury."