Wiki Mulholland has watched friends die around her since her terminal breast cancer diagnosis 18 months ago.

The mother-of-three often wondered if she'd survive long enough to see public funding for drugs that could extend life for her and thousands of other Kiwi women battling the disease.

Today, Government drug-buying agency Pharmac will announce it has struck a provisional deal to cover the cost of Ibrance, a pricey and potentially life-prolonging treatment Mulholland and other women have campaigned for.

It means at least 2000 women could begin receiving the drug by as early as April.

"There have been times where it really felt like it was never going to happen," Mulholland said.

"It's life-changing, it's just given me so much hope."

Pharmac will now run one final consultation on the proposal until the end of the month.

If all goes to plan the drug could be in patients' hands from April 1. It'll cover first and second-line treatments, making New Zealand one of the first countries in the world to do so.

About 2000 Kiwis are expected to be eligible for Ibrance - the brand name for palbociclib - and then up to 950 others each year.

At a non-subsidised price of $66,000 per year for breast-cancer sufferers, many women have had to fundraise or borrow from family members in a bid to prolong their lives.It is not known how much Pharmac will pay for the drug under the proposed deal. Pharmac does not disclose how much it ends up paying for drugs.

But drug company Pfizer says it will now provide the drug free to qualifying breast-cancer patients until the subsidy comes into force in April.

The Pharmac announcement comes at the end of a long public campaign by Mulholland and other survivors.

They've marched on Parliament, gathered a 34,000-signature petition, confronted politicians and told their stories over and over in hopes that Pharmac would take up the drug - which has been publicly funded in Australia since last year – and others like it. 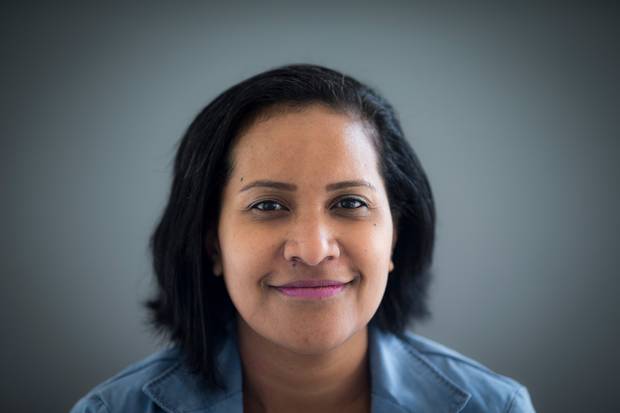 Krystal Hekau was among the women who marched on Parliament calling for expanded treatment for breast cancer but didn't live to see the result of their effort. Photo / Michael Craig

Mulholland was among a group of women who told the confronting personal stories to a parliamentary select committee.

While she's proud to have made a difference for women, she said it shouldn't have been so hard.

"It was gut-wrenching to put it on the table and share with other people your fear about dying and leaving behind your family," Mulholland says.

"It's quite incredible to think you have to live in a country where you have to do that."

Mother of two Krystal Hekau was among those who marched to the Beehive but never lived to see the fruits of their efforts. She died in May, aged 36.

Her husband, Ofa, said he was filled with pride.

"Knowing that my wife was behind that push, it's heartening to know it's finally available to the public."

Hekau was a member of nationwide cancer support group Sweet Louise, whose ranks have swelled to more than 700 members since the petition was delivered to Parliament in 2018. 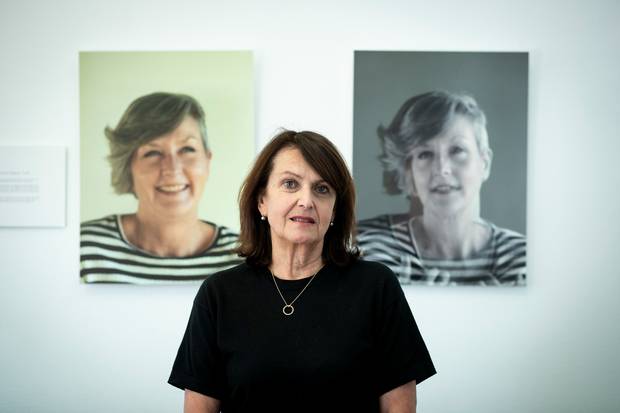 Chief executive Philippa Reed said 205 of the group's members died last year and 15 in the past month alone.

"This is really going to make a difference. There are so many women who will need this and it's a fantastic step," Reed said.

Reed and Mulholland both want to see Pharmac's budget doubled.

Pharmac - which makes its decisions independently of politicians - said in September it was mulling Ibrance and taking offers from other suppliers, shortly after the Government gave the agency an extra $60 million over two years.

Pharmac chief executive Sarah Fitt told the Herald the agency had spent the time since finding potential competitor treatments to be able to leverage a better deal.

"We have to be absolutely sure that the next $100m we spend, we're spending it on the right medicine," Fitt said.

"I know that's no consolation to patients and their families, because they want it now."

While Fitt said consultation should be straightforward, no final decision had been made and the agency needed to make sure the final eligibility criteria was right.

"Access to targeted treatments like Ibrance, which enable New Zealand patients to live well and for longer without their disease progressing, is crucial for people with advanced cancer."

National Party politicians have previously argued New Zealand was the victim of "global postcode pricing", with manufacturer Pfizer reportedly charging $2000 a month for the drug in Malaysia.

Fitt said the agency was confident it had secured a good deal.

Pharmac last year had a budget of just over $1 billion.