After 14 years of uncertainty, Whakatāne residents can be completely paid out for their land and homes.

The 16 home and 18 section owners of Matatā's Awatarariki fan can be voluntarily bought out of their properties with a total of $15 million going into the scheme.

The Government will put in a $5m contribution along with $10m from the Whakatāne District Council and the Bay of Plenty Regional Council.

This is the resolution to the saga that has been running since 2005 and will allow residents to move out of the area at Matatā in the Bay of Plenty that is highly exposed to destructive debris flows.

In 2005 the Awatarariki fan head was struck by a devastating debris flow from the steep escarpment catchments behind the town that destroyed homes and left a mess of silt, huge boulders and dead wood.

While Whakatāne District Council tried to find an engineering solution to stop any future flows, Awatariki fan head property owners were told they could rebuild or fix their homes - and some of them did. 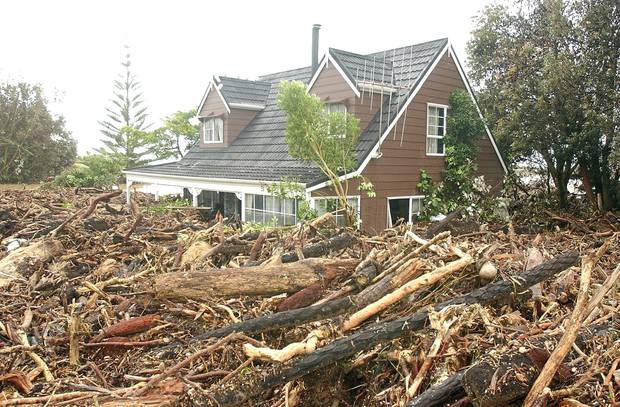 A once picturesque home of a pensioner in Matata. Photo / File

The district council will put the voluntary managed retreat into action, dealing directly with the affected residents.

Whakatāne Mayor Tony Bonne said the offers on homes would also include contributions to legal and relocation costs and offset mortgage break fees, where relevant,

"Owner participation is voluntary, but we believe the managed retreat package offers a fair solution which will allow property owners to move on with their lives."

Bonne said that there has been considerable work with the Matatā community to find a fair solution. 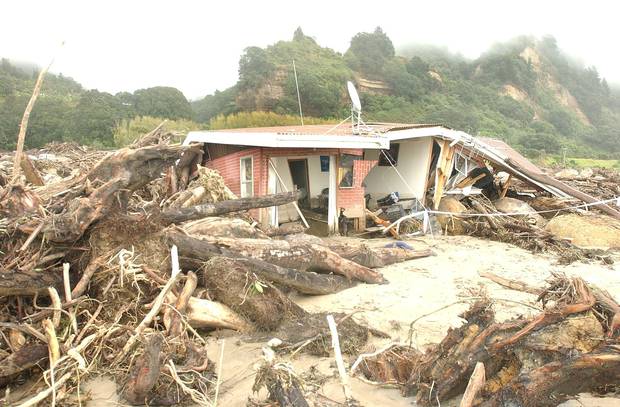 The mangled remains of a house after the Matata flooding. Photo / File

A "voluntary retreat" was investigated by the council in 2016 and buyout offers were made to home and section owners based on property valuations by a Tauranga-based firm that took into account past and current values and natural hazard risks.

In 2017 changes to the district and regional plans that would see Awataraiki residents forced out were proposed, but they were not pursued as Whakatāne District Council sought financial help from regional council and the Government for the buyout.

The Resource Management Act (RMA) has never before been used to force property owners from their land and, if it did go ahead and a legal battle ensued, would be a test case for the country.

"Cost estimates included in the indicative business case had been updated to reflect market movement and inflation, but new, independent market values would be established as part of the acquisition process, and a disputes process would also be provided, should any owners disagree with the independent valuations."

A combined hearing on the proposed plan changes to the Whakatāne District Council's District Plan and Bay of Plenty Regional Council's Regional Natural Resources Plan was delayed until later this year.

This is to allow residents time to consider a managed retreat proposal.

Minister for Local Government Nanaia Mahuta said a voluntary managed retreat from the area was believed to be the best option. The devastation of the Matata township hit by landslides. Photo / File

"This will enable residents to get on with their lives and end the uncertainty which has now prevailed for 14 years," she said.

Meanwhile, Matatā resident Marilyn Pearce said to describe it as a voluntary retreat was insulting.

"If we say no regional council have the option of using the Resource Management Act to extinguish our existing land use rights and we'd be forced to leave – with no compensation.

"Every person who lives on coastal New Zealand needs to keep an eye on the outcome.

"With climate change very real, this case could ultimately impact on the lives of many."

Pearce has already said she will have to be forcibly removed from her home should land use rights be taken away.

"I'm not going anywhere without a fight."