"This is about understanding, this is about empathy and this is fundamentally about your safety."

Those of the words of Tauranga mayor Tenby Powell spoken at a public meeting called after a spike in gang violence in the Western Bay of Plenty.

Roughly 250 people have gathered at a public meeting which is being facilitated by Powell and the Western Bay of Plenty mayor Garry Webber.

After opening with a prayer, Paxton said he "needed to walk a fine line" tonight.

"We need to keep our focus wide and to the future, not just to the past," he said. 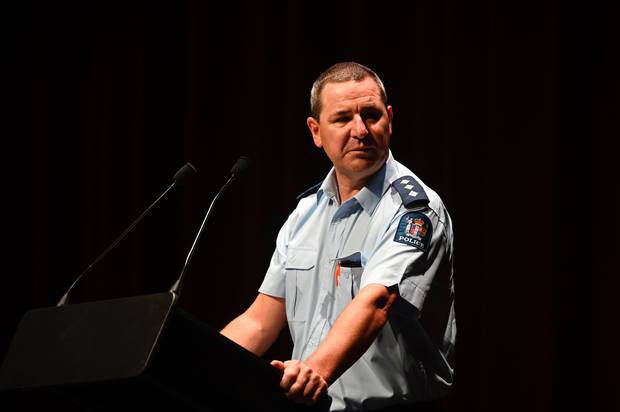 Unfortunately, the Western Bay provided lots of opportunities for gangs to do business, he said, and that was part of the issue.

Paxton believed different workgroups were needed to work through the issue at local, regional and national levels.

Powell told the crowd they were there because the dynamics of gangs in New Zealand had "changed remarkably".

"They bring with a level of sophistication that we haven't seen previously. 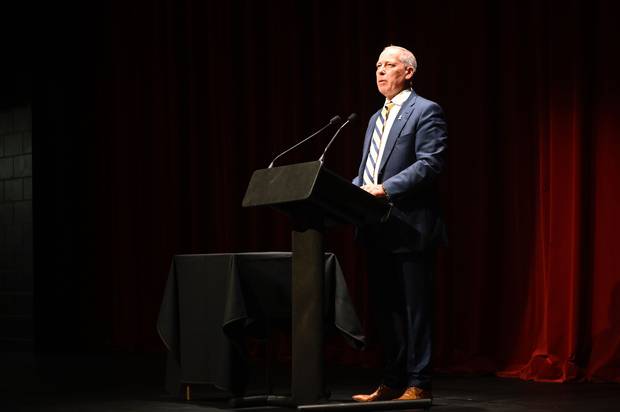 Powell said the big question was how to deal with it.

"The point of a hui is that we are the community who live among all this and I think we also need to acknowledge that gangs come from our community. They are members of our community too.

"This is about understanding, this is about empathy and this is fundamentally about your safety."

Powell said the focus needed to be on the "meth issue", and once that was worked on gangs would not be able to do business.

He said many of the issues people were bringing forward were central government issues which needed to be worked on with local government.

Powell believed tackling the issue was resource-intensive but the conjoint mayoral taskforce with mayor Webber would help tackle the situation.

Ba Everett told the crowd there had been an increase in the number of people requiring residential treatment for methamphetamine-related illness.

He suggested a multi-agency approach where the community came together with shared values.

In the question and answer section of the evening, a member of the audience asked why gangs could not be phased out by not letting gang members into the country.

Another audience member said if gang patches were taken away, the intimidation factor would be "largely removed".

Powell said the community needed to "remove the menace" and that it was "just waiting" for the next incident to happen.

Paxton said gangs were fulfilling a "social need" and other ways to fill that need had to be found.

"Tikanga needs to play a big part of that," he said.

"They [gangs] are here for a reason."

Paxton said police needed to create a relationship with gangs and to show respect in order to move forward.

"It's up to us as a community to maintain certain standards of behaviour."

A question was directed towards Paxton regarding police communications after the shootings in the last few weeks.

"The only way we can find things out is through the media," the audience member said.

Paxton said although police "don't always get things right" he encouraged people to stay in contact.

Powell added council could also have done better communicating with residents regarding the road closures last week. They would be "more proactive" in the future, he said.

Margaret Murray-Benge, who was a mayoral candidate for the Western Bay in 2019, directed two questions to Paxton about citizenship and domestic violence.

"Domestic violence is a breeding ground for going into the gangs, is it not," she asked.

Paxton said he couldn't comment on whether there would be a policy on deportation like Australia's but said he wasn't sure whether there was a direct link between domestic violence and entering gangs.

"All I know is people enter gangs so they can belong," Paxton said.

An audience member asked about police operations, which Powell said "wouldn't be commented on".

"But I will say they've been very effective at protecting us so far," he said, to which there was a round of applause from the audience.

When asked, "when this will end?" Paxton said the tension between gangs had existed "for a number of years" and would probably continue for another number of years.

Drug use was a hot topic at the meeting with drugs at the border a big issue for many in the audience.

Powell said they could tackle this in the Bay of Plenty by looking at the demand side through education.

Paxton said there "wasn't a one size fits all approach" to drug use in gangs but it would be a health-focused approach.

One audience member said 60 per cent of people who went to prison for drug use reoffended upon release and they needed to help them on the inside. Powell "absolutely agreed".

Len Samuels, of the Tauranga Destiny Church Man Up programme, said the community needed to get to "where the issues were" but role models were needed to bring people out of gangs into society.

It was all about "working from the ground up," he said.

The last audience speaker said he was a community patrol member who worked in conjunction with police and urged those in the audience to work with them also.

Webber said it was a "thin line" but police "kept us safe".

He said "the silence from the public" was "deafening".

"We need to make sure we're advocating at every opportunity.

Gang violence in the region

On January 27, the Faded 'N Bladed barbershop in Greerton was set on fire, two days after its front windows were smashed.

Police said at the time they believed the shop, which was yet to open, had links to the Mongols gang.

This was followed by a shooting in Hairini the next day, also believed to be linked to the Mongols.

On February 12 there was a double homicide at Omanawa followed by a police shootout the next day which left one person dead. While the police declared the deaths "unrelated to gang conflict", the victims were gang members.

Powell said he was "very aware" of the concern surrounding gangs in the Western Bay.

"This meeting will update the community on what's behind the current situation and what we can do to help."

The meeting started at 7pm at Baycourt Community & Art Centre and included the chance to ask questions, and put forward suggestions.