What is the typical 8-year-old child in New Zealand like?

They live in an urban area in a two-parent household. Their parents own the home and are both working full-time. They've moved house at least once.

They speak one language, but they'll have a friend at school who can speak two or more.

They go to bed between 8pm and 8.30pm and get just under 10 hours' sleep a night. They don't eat enough fruit and veges and get takeaways once a week. They spend around three hours a day in front of a TV or tablet.

They're probably not allowed to leave the house alone or cross the road without a caregiver at their side.

They enjoy school, though they're likely to have witnessed or experienced bullying firsthand. There will be one or two kids at their school who no longer identify as the gender on their birth certificate.

That's according to the Growing Up in New Zealand study, which has closely tracked more than 6000 children born in 2009 and 2010.

In broad terms, the University of Auckland longitudinal study reaffirmed that a large proportion of New Zealand children were thriving at 8 years old.

"In general it's fair to say that most of our children are doing well," said the study's director, Professor Susan Morton.

Most children had busy, healthy, happy lives and a growing sense of who they were, and were well supported by their parents.

But on the margins, the most disadvantaged 8 year olds remained in hardship and if anything, their situation was getting worse. Poverty was persistent, they were likely to be moving from house to house, their home was likely to be cold and damp, and their mental wellbeing was suffering.

"Inequalities are emerging in those early years, particularly for Māori and Pacific children," Morton said. 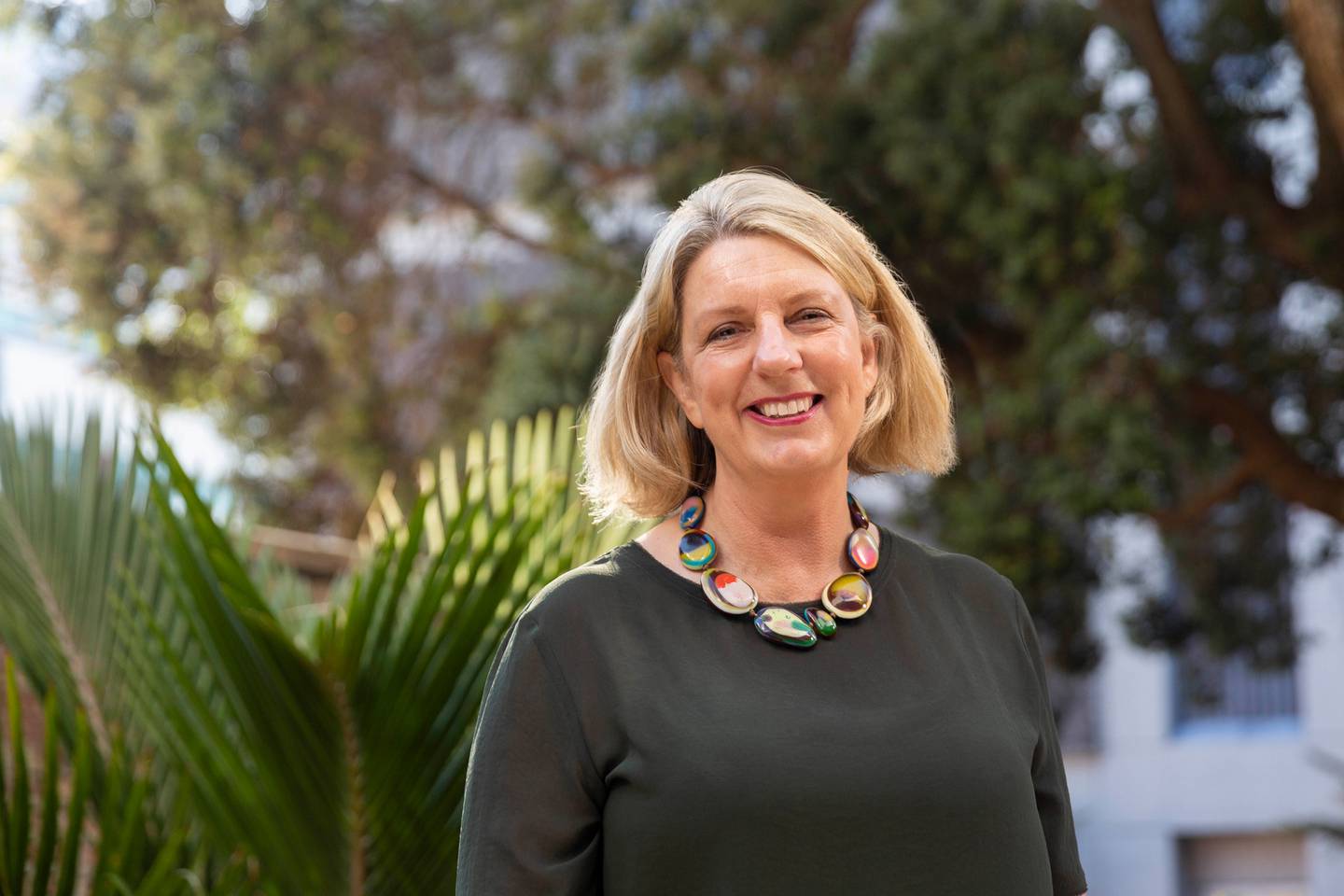 Professor Susan Morton said the gap between thriving and disadvantaged New Zealand children had not closed between ages 6 and 8, and could be growing. Photo / Supplied

"The gap is not closing. That is the worry - that we'd like to see more of our children thriving and doing well."

And there are also emerging issues for those in what is known as "middle childhood", including bullying, obesity and mental wellbeing.

Throughout the study, mothers had reported relatively high rates of bullying - around one in three kids faced bullying behaviour.

"We were really shocked by that, firstly," Morton said. "But also we were asking ourselves 'Is this just the mums reporting that?'"

Researchers were interested to hear from the children themselves for the first time.

"We asked in a number of ways. It's not just 'Are you bullied?' It's getting at what bullying is in many ways.

"And still, shockingly, we are seeing 35 per cent of the children themselves reporting regular bullying at 8. So that figure we are seeing from their mums is probably not an anomaly.

"And it does suggest that bullying is much more prevalent in early childhood and middle childhood than we would ideally want it to be."

Children's Commissioner Andrew Becroft said Unicef's most recent report into bullying ranked New Zealand as among the worst in the world. The Growing Up in NZ study was even worse, he said.

"That is both perplexing and shameful. And we need to redouble our efforts, both to work with people who bully and those who are bullied.

"There are complex forces at play, that are often to do with intergenerational violence, of family modelling, and in New Zealand, I think, of a rather too lax view about the insidious nature of bullying and what it does to children and young people."

Becroft and Race Relations Commissioner Meng Foon last year called for mandatory reporting of bullying in schools. He is now working with the Ministry of Education to analyse schools with low bullying rates to see if there are commonalities which could be applied across the country.

Another finding which continues to surprise researchers is the number of times New Zealand kids move home.

The study showed 37 per cent of children had shifted at least once between six and eight years of age, and many of them had moved two or more times. Just 23 per cent had stayed in the same home.

Moving house was not always a negative experience, and could indicate a shift from renting to home ownership.

"We have a few more families who are in home ownership, that's good to see," Morton said. "But unfortunately most of the movement that occurs for those who are previously renting is that they are moving into other private rentals."

This meant their children were more likely to have unstable lives, and increased the possibility they were living in substandard housing.

In all, an extraordinary 37 per cent of the 6000 children were found to be living in homes which were not warm enough and which had dampness problems.

That was far higher than the Government's Child Poverty Related Indicators, which estimate that 8 per cent of New Zealand children lived in a cold or damp home. It was also consistent between age six and eight, suggesting that initiative to warm up New Zealand homes were not yet having a significant impact.

At age 8, New Zealand kids are digital natives. In all, 95 per cent had access to one device at home, and they averaged nearly three hours a day of passive screen time at home and one hour active screen time - such as video games.

That was high than the Ministry of Health's recommended guidelines of two hours a day.

Morton said it was not necessarily screen time itself which could have a negative impact, but how it potentially affected sleep, nutrition or physical activity.

"The messaging we are trying to give to parents is to have some rules and make sure they are adhered to, and try to balance out the active play and the other activities alongside screen time. Regular bedtimes and having enough sleep is important too."

One of the startling findings from the latest study was that 34 per cent of the children were overweight or obese - up from 14 per cent when they were 4.5 years old. Of those who were obese, two-thirds said they wanted to be smaller.

There were some caveats to this finding. The Growing Up in New Zealand study used international standards for measuring obesity, and it was not known how applicable they were to different ethnicities in New Zealand.

"So there are a lot of things to investigate, but the raw statistics tell us that we have an ongoing issue in this space. We were quite surprised to see the jump in that four-year period."

Out of the 6000 children, around 10 per cent were in material hardship and 15 per cent of mothers said they sometimes ran out of food.

But some kids who grew up in poverty defied the odds and thrived. One of the top priorities of researchers was understanding how these children did it.

"We want to step back and see what has been different and what has supported their families to allow those children to have outcomes that still suggest they are doing as well as their peers," Morton said.

The Growing Up in NZ researchers also want to understand the impact of Covid-19 on New Zealand kids. It ran a small survey in May to measure its acute impact on the cohort and was now examining the data.

Of particular interest is the 10 per cent of kids who have moved overseas since the study began.

"One of the things which will be really fascinating with Covid-19 is: have they come back?" Morton said.

A PLACE TO CALL HOME 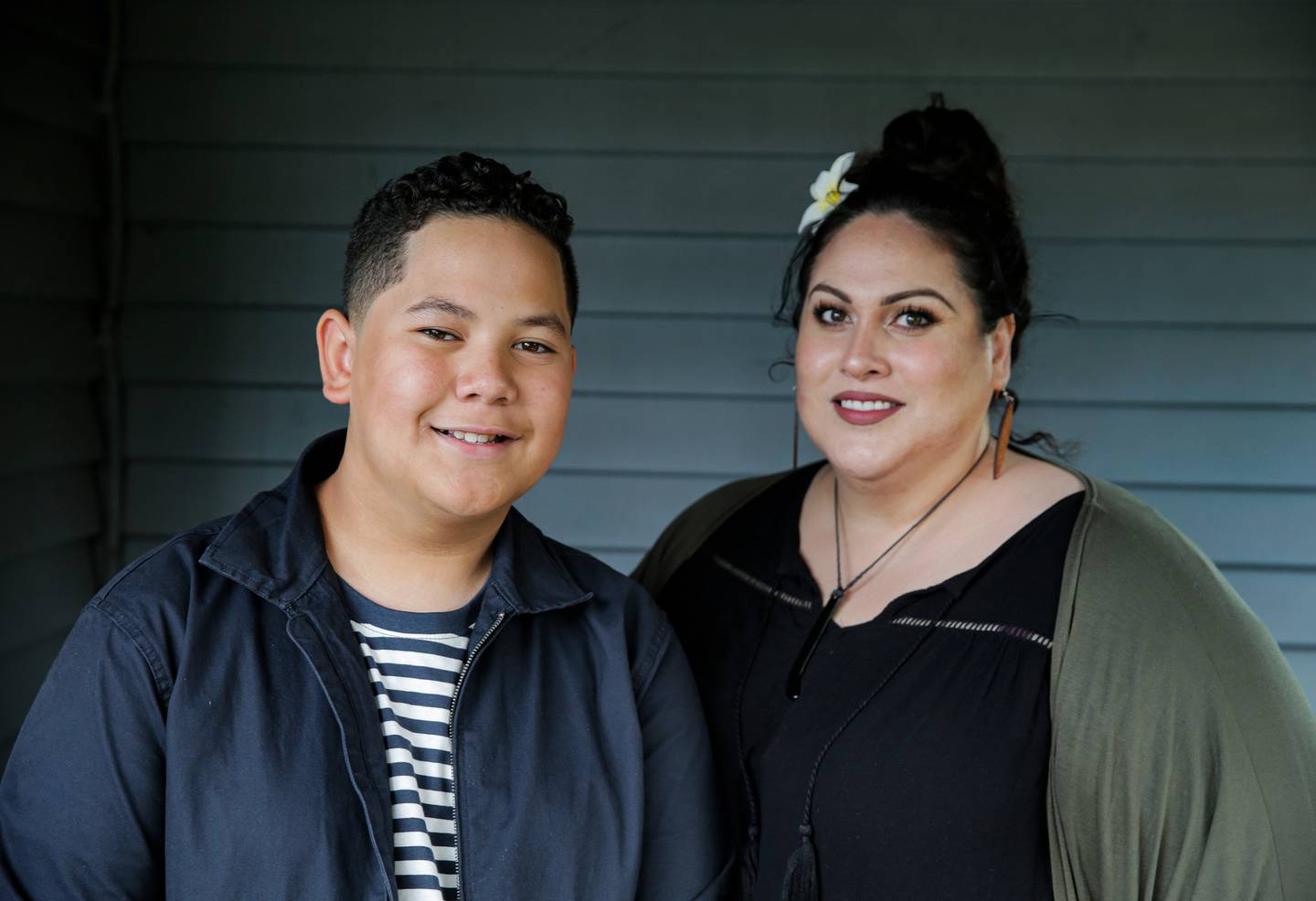 JJ Mariner with mum Linda Mariner. JJ is one of 6000 children who have been tracked since before they were born by University of Auckland researchers. Photo / Alex Burton

JJ Mariner has one thing that many kids his age do not.

The 11-year-old, who is one of 6000 children tracked in the Growing Up in NZ study, has lived in the same house in Papatoetoe his entire life. He has also attended just one school.

"We are renting .. but we have been here since the time JJ was born," said his mother Linda. "I just know that there is such a housing crisis, and a lot of our families struggle and kids have to move around quite a bit.

"I think we've been blessed in that respect."

For most New Zealand children taking part in the study, shifting house had become a common occurrence, and often meant a change of school or community. Three-quarters of participants shifted between age 6 and 8 alone, some of them multiple times.

Linda said their home was owned by family, so they had security and did not face sudden rent rises. She believed that JJ's stable housing and school situation had probably helped him thrive.

Like many other kids in middle childhood, he was happy and busy, learning the saxophone, taking part in the school math team, playing basketball and dodgeball. He was a digital native and liked coding and robotics.

Linda, a social worker, said she felt more protective towards him than other parents. He was not allowed to ride his scooter to school until he turned nine years old, and that was mostly out of necessity - she had to go to work at another school.

JJ watched about two hours of television a day, but his X-box and iPad use was limited to the weekend - partly because of his parents' concern about the potential impact of a gaming addiction.

At age eight - when JJ was last interviewed for the study - he had a growing sense of who he was. Unlike his parents, who identified mainly as Samoan, he was also claiming his Canadian heritage.

Like a third of New Zealand children, he had experienced bullying at school.

His mother said: "Now that he's older and he's not an athlete, he's really tall and big for his age, and because he is an avid reader and into those sorts of things he does get labelled by other kids who think he should be more a certain way."

As a result, the family was thinking about choosing an out-of-zone intermediate school which might better nurture his interests.

"He's a little more sensitive and is not your typical island boy. Those differences have been really good for him, but have caused him to question his own identity a bit."