Devastating new details have emerged from witnesses surrounding the moments before and after the accidental fatal shooting involving Hollywood star Alec Baldwin on the set of his latest movie.

Court documents with previously unreleased statements from director Joel Souza and a cameraman on set were released by the Santa Fe County Sheriff's Office and provide critical details over the death of 42-year-old cinematographer Halyna Hutchins on the set of Rust in New Mexico.

The affidavit was sourced by the New York Times and cites Detective Joel Cano using it to obtain a search warrant "to seize everything from camera memory cards to bone fragments and firearm discharge". The warrant was granted.

Meanwhile, separate from the affidavit, the chief electrician on the movie also shared devastating details over Hutchins' last moments, including holding her in his arms "while she was dying".

Baldwin 'was rehearsing pointing the gun'

The court documents reveal that moments before, the cast and crew had taken a lunch break before returning to set.

A picture of the last photo with Halyna on set, seen by news.com.au, shows Baldwin inside a small church, surrounded by wooden pews. Hutchins can be seen among five other cast members scattered around the set. According to the documents Baldwin was among the pews rehearsing a scene with the prop revolver. A violinist plays behind a photograph of cinematographer Halyna Hutchins during a vigil in her honour in Albuquerque, New Mexico. (Photo / Andres Leighton, AP)

Souza is standing alongside Hutchins, and according to the affidavit, "viewing the camera angle".

Baldwin was "practising" and drawing a revolver across his body and pointing it "towards the camera lens" when the weapon was fired and struck Hutchins in the chest.

Souza was also wounded in the shooting during a rehearsal of the low-budget movie at the Bonanza Creek Ranch in Santa Fe, New Mexico's capital.

"Joel stated that they had Alec sitting in a pew in a church building setting, and he was practising a cross draw," the affidavit reads.

"Joel said he was looking over the shoulder of Halyna, when he heard what sounded like a whip and then loud pop.

"Joel then vaguely remembers (Hutchins) complaining about her stomach and grabbing her midsection.

"Joel also said (Hutchins) began to stumble backwards and she was assisted to the ground.

"Joel explained that he was bleeding from his shoulder and he could see blood on Halyna." Cameraman Reid Russel, who was "standing near" Hutchins, recalled she said she could not feel her legs after being shot.

Baldwin had been handed the prop gun by the film's assistant director, Dave Halls, and was told it was unloaded. He fired after Halls yelled, "Cold gun".

Souza told investigators he wasn't sure if the gun had been checked since the crew had returned from their break.

"Joel advised they returned back to the set after lunch, although he is not sure if the firearm was checked again."

Russell was also unsure if the prop gun was ready to be fired but said Baldwin had been "very careful".

The shooting was not filmed.

Russell said that before the accident, "the camera crew was having issues with production involving payment and housing", with at least six crew members walking out.

Souza said there were "delays" due to the walkout but believed "everyone was getting along".

The armourer who handled the "loaded gun" before the fatal shooting on Alec Baldwin's set has shut down her social media accounts.

Hannah Gutierrez Reed, 24, was described as being "inexperienced and green" by a Rust production source. They insisted that she should have checked the weapons were safe before handing it to Baldwin. 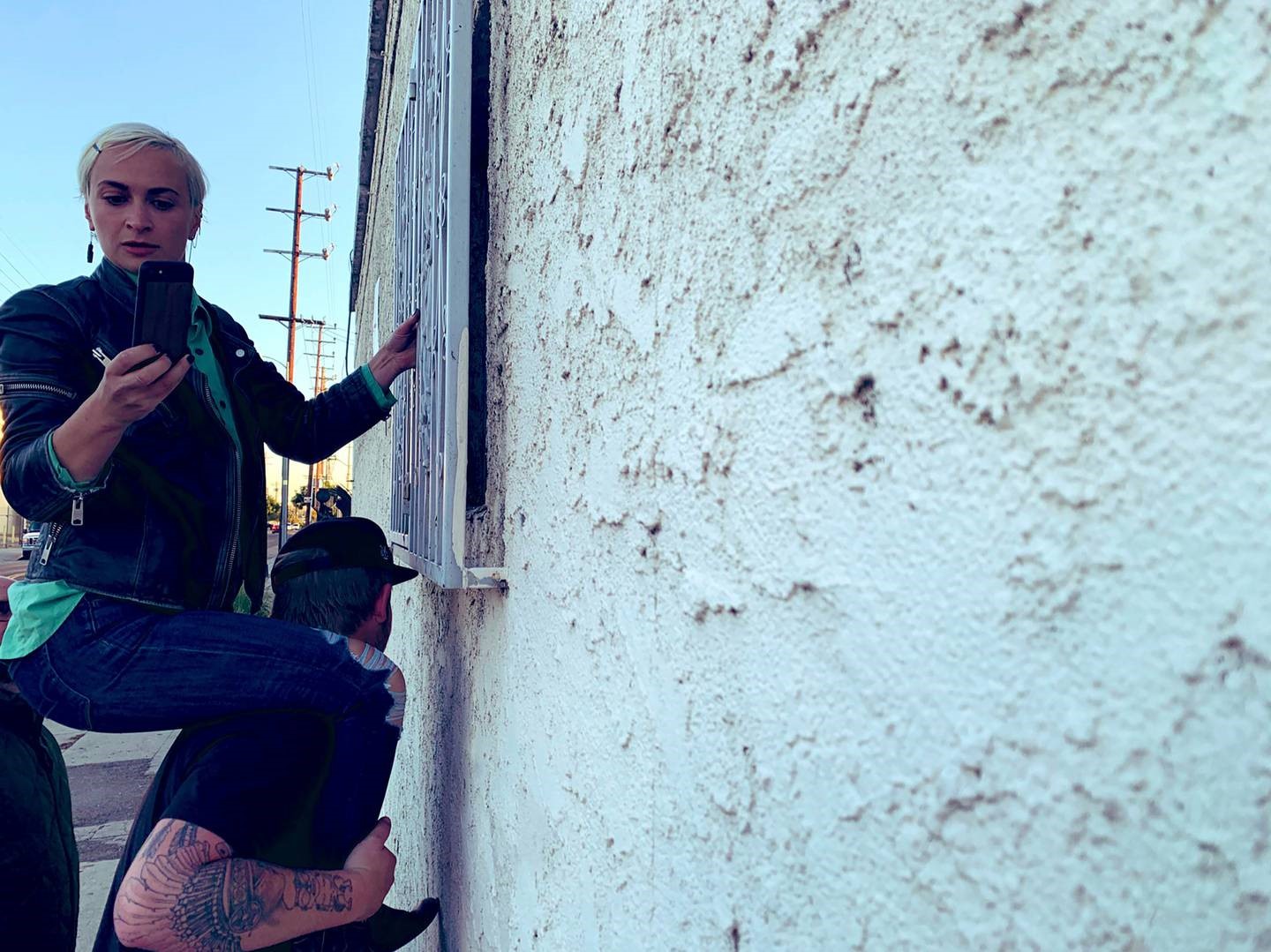 Cinematographer Halyna Hutchins on the set of 'Archenemy' in November 2019 in Los Angeles. (Photo / Adam Egypt Mortimer via AP)

'I was holding her in my arms while she was dying'

Meanwhile Serge Svetnoy, the chief electrician on the set of Rust, confirmed that he was on scene when the "tragedy" occurred, blaming "negligence and unprofessional ism".

"Yes, I was standing shoulder-to-shoulder with Halyna during this fatal shot that took her life and injured the director Joel Souza," he said.

"I was holding her in my arms while she was dying. Her blood was on my hands.

"I do not wish anyone to go through what I went through, what her husband Matt Hutchins and her son Andros went through, and the actor Alec Baldwin, who has been handed a gun on set.

"He has to live with the thought that he took the life of the human because of unprofessional people."

Svetnoy thanked cameraman Russell, "who was with us and helped save Halyna" and the set medic, Cherlyn Schaefer, "who did everything she could to save Halyna's life".

"We all loved Halyna," he said.

"May God Bless her soul."