Queensland’s deputy premier has hit back at the prime minister over his comments about borders, labelling him a “master of distraction” who was trying to shift the conversation away from his own failings.

Steven Miles said Scott Morrison should be focused on Covid-19 outbreaks in other states and fixing diplomatic issues with France and China, instead of criticising Queensland’s hesitancy to open up.

“I find it pretty incredible. I mean this bloke is the master of distraction isn’t he?” he told reporters in Brisbane on Sunday.

“Nine people died in NSW from this virus today. You’ve got diplomatic incidents with Paris. He broke up with France by text message.

“You’ve got him being rebuked by the European Union. You’ve got a trade dispute provoked with China.

“So all of that and he’s managing to distract the national debate by some discussion about what’s going to happen in Queensland in three months’ time.

“Frankly, I think the primer minister should be more focused on the health of people in NSW and Victoria and national affairs than what might happen in Queensland in 90 days time.” Scott Morrison said the states needed to move together on the national plan.

It came after Mr Morrison said state premiers “can’t stay in second gear” in the national plan to live with the virus in an interview with Weekend Sunrise, which aired earlier on Sunday.

Both Queensland and Western Australia, which have largely avoid outbreaks, remain guarded about plans to open borders to other states, in line with the 80 per cent double-dose threshold.

“There comes a time when you’ve got to honour the arrangement you’ve made with the Australian people, and that is when you get to 80 per cent vaccination, it’s very clear that you can start opening up,” Mr Morrison said.

“I think that puts the big challenge on the premiers. I mean, they’ve had the power to do what they’ve been doing. They’re not new powers. They’ve always had them.

“But, you know, there comes a time when you just got to move on and get on with it.” 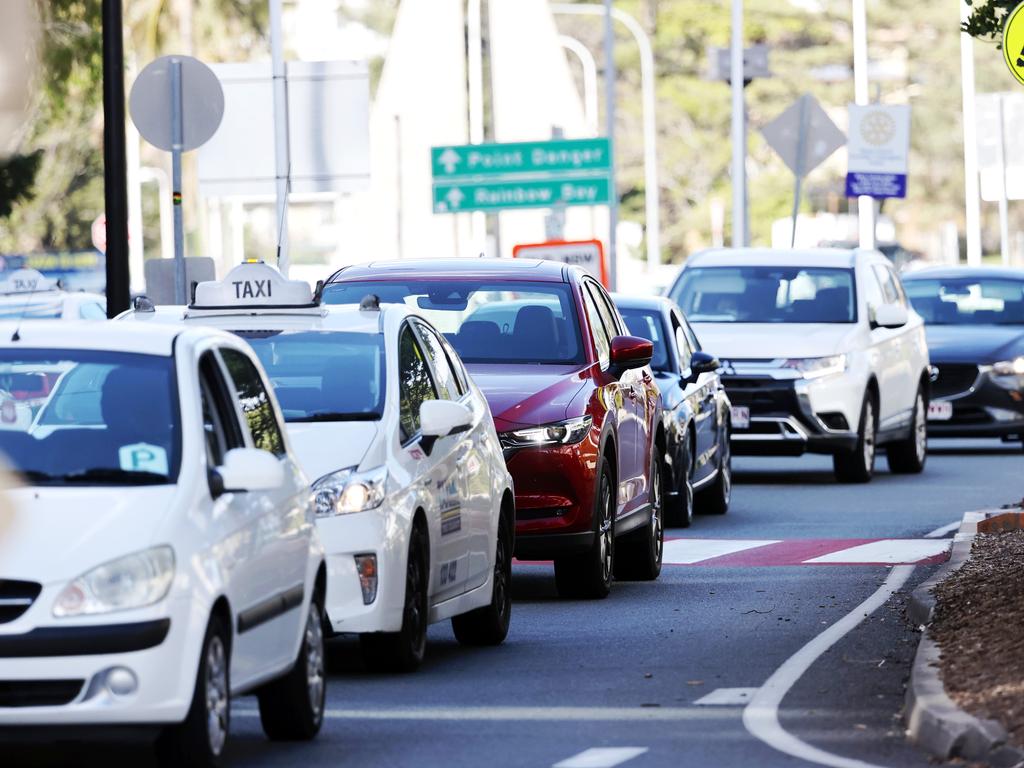 Cars line up at the border between NSW and Queensland. Photo / Nigel Hallett

Mr Miles said the states had done the heavy lifting on vaccination and quarantine, areas which he claimed the prime minister had “failed” in.

He believed Queensland did not want to give in and “let Covid in for Christmas” while the virus ran rampant in NSW and Victoria.

The deputy premier said discussions about opening up the border to people from NSW and Victoria were “pretty academic” because residents of those states were stuck in lockdown.

“The Queensland border should be relatively hypothetical because most of the people in NSW and Victoria shouldn’t be travelling to Queensland anyway,” he said.