The brothers who chased down the Sydney attacker and pinned him to the ground with a milk crate have described how they followed a trail of blood to find him.

Paul O'Shaughnessy, 37, told The Australian it was an "ordinary day" in the office until he looked out the window and saw the 21-year-old named as Mert Ney on the street below with a knife in his hand.

He alerted his brother Luke, 30, but by then, the man had fled so they followed a trail of blood until they found him.

"You could see drips, — the blood was on the ground," he told The Australian. "Like drips so you could see it, see where's he's gone." 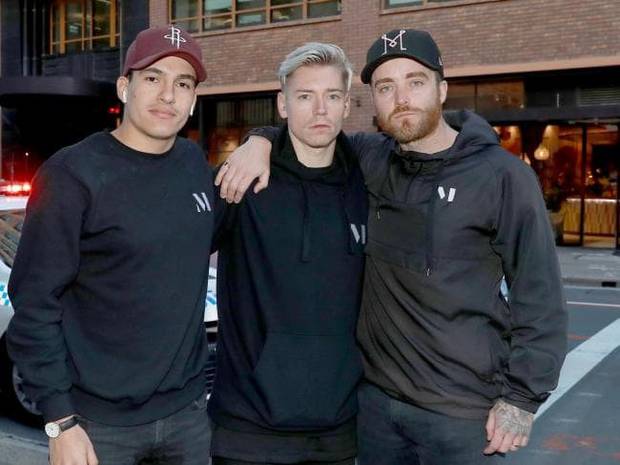 "My brother, he was the hero. He got a grip of him, along with another guy we don't know, and put a crate on his head. He was just mumbling religious things," he said, reports news.com.au.

The men, including Alex Roberts and Lee Cuthbert, who helped stop the alleged attacker were praised as "heroes of the highest order" for their role in pinning him down before anyone else was stabbed.

A 21-year-old woman died and another woman, 41, was stabbed in the back during the alleged attack that shocked Australia on Tuesday. 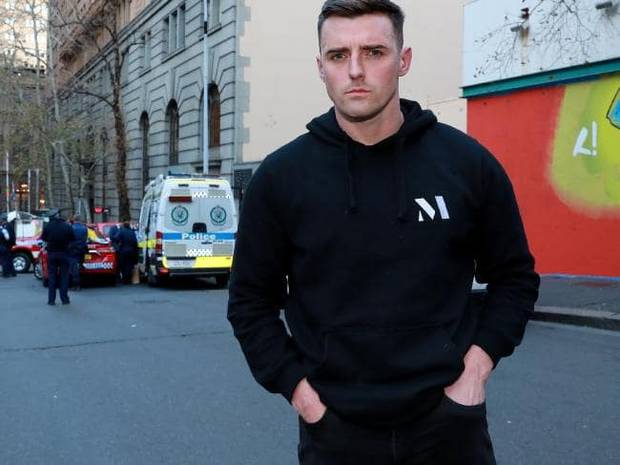 Dramatic footage showed the capture of the alleged attacker as he was stopped. In the immediate aftermath, Paul said it was "about restraining him" and praised his brother Luke as the "hero".

"There was a very big crowd but they were the ones who restrained the guy and just got a grip so he didn't do any more damage," he said.

"We managed to wait until the police came and they did a fantastic job. My brother continued to keep him down just in case, which is very brave."

Another man, Jamie Ingram said he didn't think of his own safety but simply wanted to stop the man hurting anyone else.

"I followed him up York Street trying to get him to focus on me rather than anyone else," he said.

"There are lots of pedestrians there, and I didn't want him to sort of lash out at them. I wasn't scared, just wasn't really focused on that. I was just focused on what I was doing." 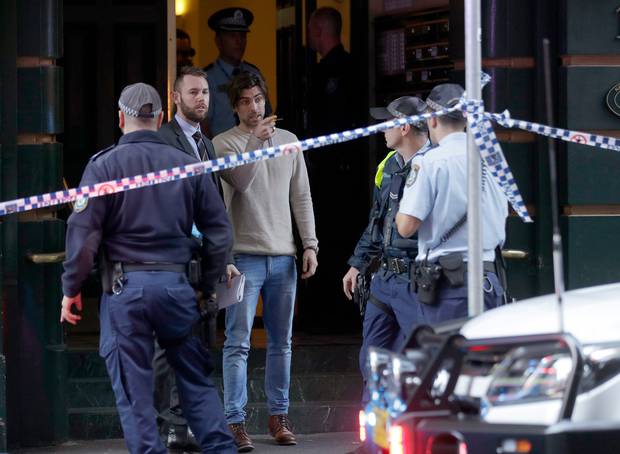 A witness assists police at a building where a woman's body was found after a man attempted to stab multiple people in Sydney. Photo / AP

Witness David Vaux told the ABC he was walking towards Wynyard Park when he saw the horrific scene.

"This man came running around the corner … and then came about five or six other men chasing him."

"They were armed with crowbars and one man had an axe and another man who was fireman, I think, had some firefighting implement and also then a man with a news camera on his shoulder," he said.

"Three members of the public, who can only be described as heroes of the highest order, have engaged this 21-year-old man and have placed him essentially under arrest even though he was brandishing a large butchers knife and was clearly dangerous," he told reporters on Tuesday night. 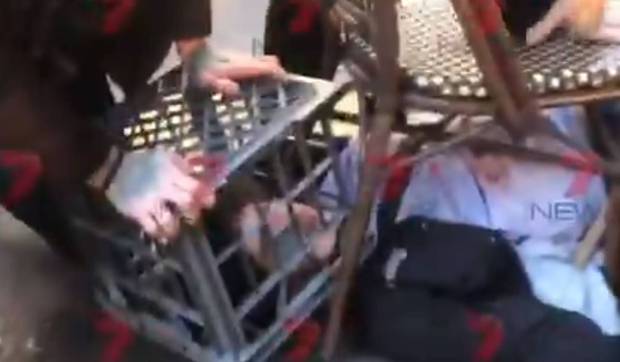 In video obtained by 7 News, the alleged knifeman can be seen restrained under a milk crate and cafe chairs. Photo / Twitter

Superintendent Gavin Wood said the men's intervention had stopped other people from being hurt and described them as "significantly brave".

"These people are heroes," he told reporters. "These members of the public have jumped into a situation which was extremely dangerous, extremely hostile and they brought a person who we will be alleging stabbed an innocent person for no specific reason into custody and allowed us to do our job."

Ney was in police custody in hospital on Tuesday night.

The 41-year-old woman was taken to hospital in a stable condition with a stab wound to her back.