Former Liberal frontbencher Christian Porter has revealed he was spat at in the street after what he describes as a trial by media over “false” rape allegations, but he won’t be paying back the money secured through a blind trust that triggered his resignation.

After offering his resignation to the Prime Minister on Sunday after he was unable to disclose who donated to a trust fund that paid his defamation case legal fees, the MP has catalogued “vile” abuse that he said his staff, friends and family have been subjected to for months.

The legal fees were to cover the cost of a private defamation action he launched against the ABC.

Mr Porter sued over an article revealing an unnamed cabinet minister was the subject of a 1988 rape allegation. He chose to self-identify as the target of the allegation in March.

In late May, he discontinued the case after the ABC agreed to add an editorial note to the story stating it did not intend to suggest Mr Porter had committed the alleged offence and that “both parties accept that some readers misinterpreted the article as an accusation of guilt”.

The ABC did not pay him any damages but did agree to pay $100,000 towards the cost of the mediation towards settlement of the matter, leaving him with huge legal bills.

The national broadcaster spent $780,000 on its own legal fees, providing some insight into the potential scale of his own legal bills.

But the fallout went beyond financial and had led to vile abuse from strangers according to Mr Porter.

“Facing a false allegation is an experience that places your family, friends and staff under enormous and cruel pressure,’’ he said.

“It has resulted in constant abuse and ongoing threats. For me personally, the physical threats of violence, the experience of being spat at and publicly abused for something I didn’t do has been nearly beyond comprehension in a civilised country.”

Mr Porter went on to describe the allegations raised by his late accuser, who died by suicide last year as “bizarre” and based on “repressed memory syndrome” which is “dangerous and discredited”.

His accuser and her supporters have previously rejected suggestions that her recollections are based on recovered memories.

Mr Porter insists the events claimed “never happened” and he never had sex with the woman in 1988.

The former Attorney-General said the tragic death of the woman – who died by suicide just 24 hours after telling police she did not want to proceed with a complaint at that time – meant it was impossible for him to prove his innocence.

“It is almost impossible – for anyone – to prove that something did not happen, let alone to positively disprove what are at times completely bizarre allegations about something claimed in an unsigned document about a night 33 years ago, where the person withdrew the complaint and is now sadly deceased,’’ he said.

“From that point, when the reporting on both social media generally, and in parts of the mainstream media, shifted from a presumption of innocence to one of guilt, an impossible standard was set for any person to meet – politician or not.” 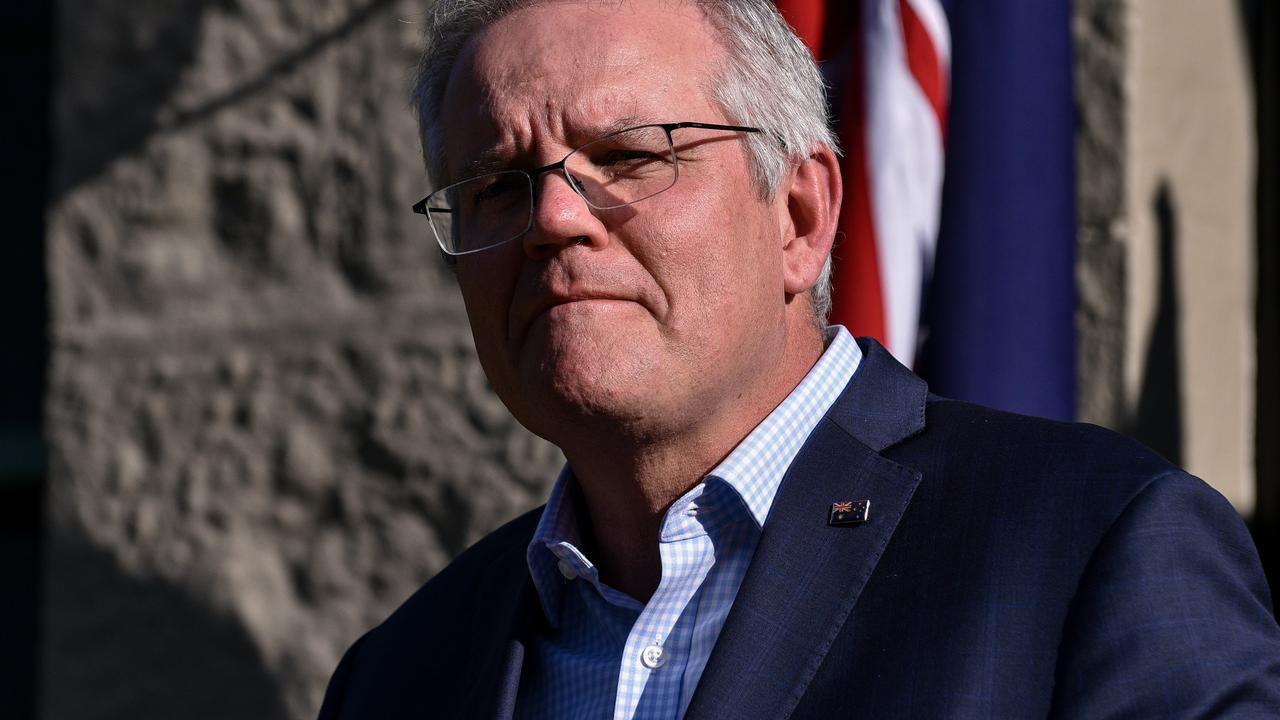 He accused the ABC and other media outlets of not reporting all of the information that was relevant to assessing the credibility of the complainant.

“The most frightening indicator that the public broadcaster was central to this shift to a presumption of guilt in a trial by media is the fact that the ABC – seemingly with great care and effort – has reported only those parts of the information that it has in its possession which feeds into its narrative of guilt,’’ he said.

“I have recently been provided from a source outside the ABC with a copy of the only signed document that the person who made and subsequently withdrew the complaint ever made. Many parts of that 88-page document are such that any reasonable person would conclude that they show an allegation, that lacks credibility; was based on repressed memory (which has been completely rejected by courts as unreliable and dangerous); which relied on diaries said to be drafted in 1990/91 but which were actually words composed in 2019; and, was written by someone who was, sadly, very unwell.

“This material, which remains unreported, clearly does not feed the ABC’s predetermined narrative of guilt by accusation. And presumably because this document detracts so substantively from the credibility of the allegations there has been careful and deliberate avoidance in reporting it or publishing the parts of it that run counter to the chosen narrative.

“Having set in motion its trial by accusation, the ABC unleashed the Twitter version of an angry mob. In this online mob environment the mere accusation – reported by Australia’s national broadcaster – was determined adequate to assign guilt, with no regard to evidence or, indeed, lack of evidence. All that seemed to matter was the fact that the accusation had been made and the identity of the person accused.

“The target of the Twitter mob then extended to anyone who contradicted the narrative of guilt by accusation. So fierce and vengeful is the response of the Twitter mob to anyone who dares say anything contrary to the narrative of guilt that those people then come to be deemed to commit a form of social crime for defending the subject of the unproven allegation and the mob turns on them. This happened to my two female lawyers, amongst many others.

“From the moment the ABC article was published, I entered what appears to me now to be an inescapable media frenzy where the evidence, or in this case lack of it, appeared to be irrelevant. Instead, all that appeared to matter was the presence of an accusation. To my disbelief, even in some mainstream media the onus of proof was completely reversed. The Sydney Morning Herald summed up the new reversed standard of proof in its declaration just days after the ABC article was published that: ‘It’s up to the Government to convince Australians that the Attorney General is innocent.

“The journalists who said anything in support of what were once accepted principles of due process, rule of law and presumption of innocence in the context of the accusations against me felt the full force of the Twitter mob.”

Mr Porter said he was not prepared to attempt to uncover the identity of his benefactors because they might then be also subjected to “trial by the mob.”

“I understand the questions raised in the media about the financial arrangements to help fund the now settled litigation. But I consider that I have provided the information required under the Members’ Register of Interests,’’ he said.

The Prime Minister said on Sunday that Mr Porter had resigned to uphold the ministerial standards.

Mr Morrison also claimed that Mr Porter disclosed the cash amount he was donated through the blind trust to Parliament.

However, Mr Porter’s disclosure remains silent on how much money he was given by the mystery donors.

Asked if it was credible for Mr Porter to claim he did not know where the money came from the Prime Minister said he couldn’t say.

“It’s a blind trust. He cannot disclose to me who those donors are,’’ Mr Morrison said.

The matter is now likely to be examined by Parliament’s privileges committee to examine whether his disclosure is adequate.