Exam results in some Auckland schools have jumped - raising questions over whether bonus credits awarded because of the Covid-19 lockdowns were too generous.

Mt Albert Grammar School headmaster Patrick Drumm said pass rates in all three levels of the National Certificate of Educational Achievement (NCEA) were "the best we've ever had".

Auckland Secondary Schools Principals' Association president Steve Hargreaves said about a tenth of the students who sat NCEA levels 2 and 3 at his school, Macleans College, would not have passed without bonus "learning recognition credits" that were awarded to compensate for time lost in the lockdowns.

"I did look at some students' learning recognition credits. They got 12 when they only needed three [to pass], that sort of thing, so in the end we possibly did err on the side of being slightly generous," he said.

But lower-decile schools, which had more students who struggled to learn during the lockdowns without internet and with family financial problems, said they were grateful for the extra credits which kept results to "about the same as last year".

Secondary Principals Association national vice-president Vaughan Couillault said his results at Papatoetoe High School were "in a similar place to this time last year at level 1 and in a slightly better position for levels 2 and 3".

"That means we have got it about right in terms of adjustment for the lockdown," he said.

The country's 140,000 NCEA students were able to access their results from just before 8am today.

Hanah Tayeb, a Year 13 student at Western Springs College last year who feared that she might not get NCEA level 3 because she did not have internet access in the lockdowns, ended up passing all her exams and earned level 3 with Merit.

"I fully thought I was going to fail but I got Merit endorsement. It's not far from my initial goal of an Excellence endorsement," she said.

"I'm really pleased with the way it turned out because last year was really, really difficult for me. Not only did I not have any wi-fi, but I also lost two family members."

The NZ Qualifications Authority (NZQA) has not yet collected national statistics or official pass rates for each school, so principals' comments so far are based only on their own preliminary analysis of their students' results.

One bonus credit was awarded for every four actually achieved in Auckland and one for every five achieved elsewhere.

"We had a good Year 13 cohort, but that has really exceeded expectations," he said.

"We are absolutely delighted. These are easily the best results we have ever had."

Hargreaves said the picture at Macleans was complicated because about half his students sit Cambridge exams rather than NCEA, but Cambridge results were also "no different" from previous years despite the lockdowns.

"Knowing some of them, I know that some of them will have been impacted by it [the lockdowns], they would have been disadvantaged, so the credits that have been added are probably well justified," he said. 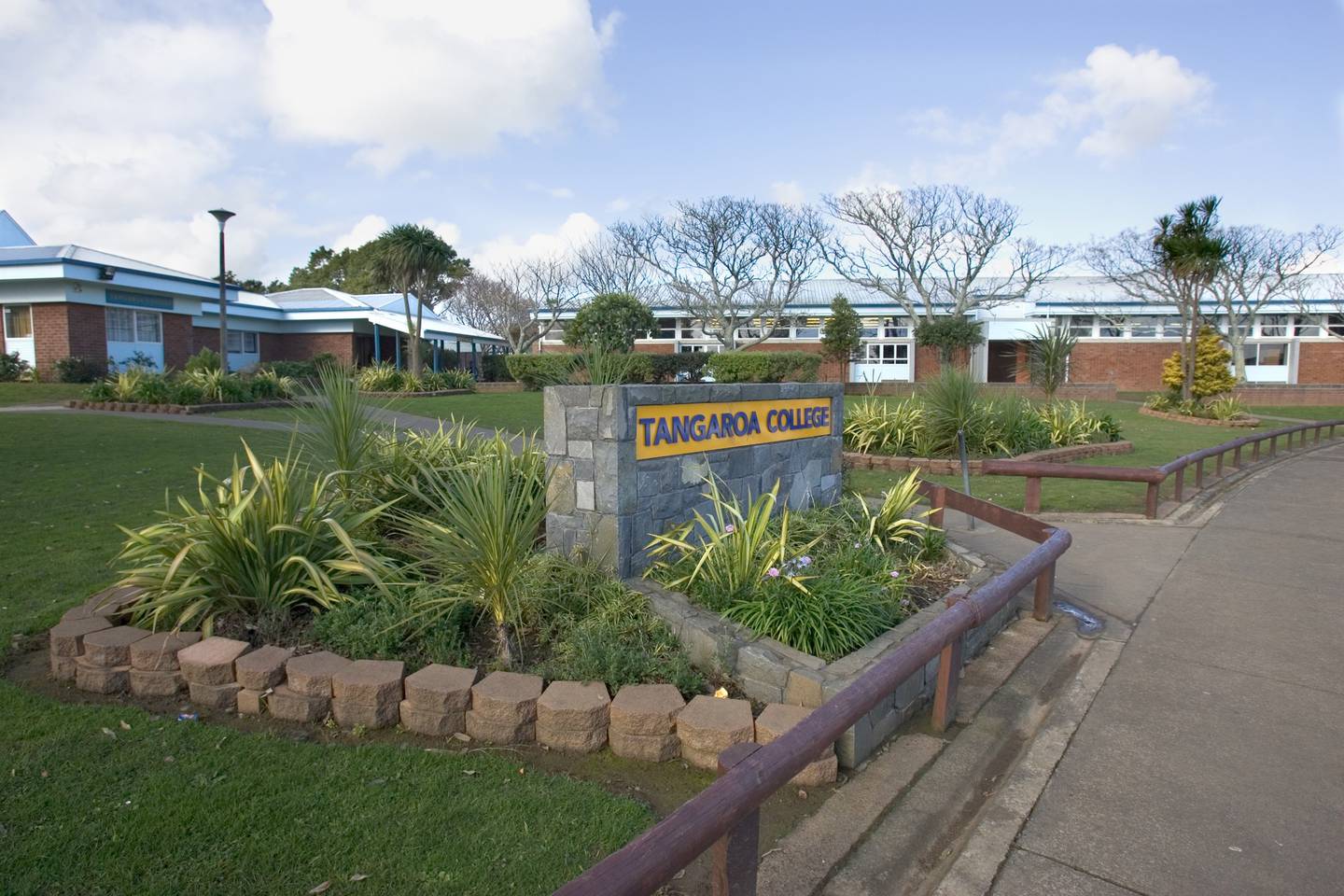 About 76 per cent of students at Tangaroa College passed NCEA even without adding in bonus credits. Photo / File

Davida Suasua, principal of decile-1 Tangaroa College in Ōtara, said an average of 76 per cent of her students passed across the three levels of NCEA - even without including the bonus credits.

"If you include the learning recognition credits it would be a lot higher," she said.

"It's a little bit lower than the previous year, but a lot better than where we did expect to be."

She said the college extended the school day, adding extra workshops for NCEA students until 4.15pm each day, from as soon as school resumed after the first lockdown in May.

Ōtāhuhu College principal Neil Watson said his results were "an improvement on previous years but probably on the same trajectory of where we would have been anyway" [without Covid].

He said the one-for-five bonus credits, which applied to schools in Auckland as well as elsewhere until Auckland's August lockdown, put his students "about where we would be" without Covid in internally assessed units.

"So definitely the first lot of learning recognition credits I would have said were about right," he said.

"I couldn't give you a detailed answer for the second lot because there were a lot of other things happening by then."

Patrick Walsh, principal of John Paul College in Rotorua which only got the one-for-five credits, said his pass rates were 95 per cent at levels 1 and 2 and 96 per cent at level 3 - "as good as or in some cases better than our 2019 results".

His UE achievement jumped from 52 per cent to 68 per cent.

He said Christchurch principals reported similar good pass rates in 2011 despite disruption caused by the big earthquake that year, because schools did everything they could to help students catch up.

Craig Reed, principal of Paraparumu College near Wellington, said his results were "a little bit down at level 1 but levels 2 and 3 are looking pretty good".

"Learning recognition credits would have played a part in student success, but of course you also have a lot of students that haven't needed them," he said. "They will have helped a percentage of students."