Yesterday, a spokesperson for the Prime Minister revealed Ardern had received a text from Karel Sroubek supporter, Richie Hardcore commending the decision to grant the Czech drug-smuggler residency.  She did not respond.

Simon Bridges told Mike Hosking it's time the public got the entire story.

"It's a text message from Richie Hardcore to the Prime Minister...acknowledging the decision, well why on earth would he have texted the Prime Minister about this decision? I will give you a couple of reasons, either she knew Sroubek or if she didn't she had been lobbied about this by him hardcore previously."

"Why didn't she say that to parliament, to the public and so on before yesterday?"

"Either it was incompetence or it was worse than that and he knew what it was, the decision that he had to make, well I'm finding it much harder to accept the incompetence narrative.

"Richie Hardcore and Jacinda Ardern are good friends, they are not just acquaintances, you can look through and see the pictures, they have known each other for years. I know that Richie Hardcore knows Karel Sroubek well, that's also clear and we understand in the National Party, it's clear Hardcore has made representations on Sroubek's behalf on these matters."

Bridges said this is the Derek Handley situation all over again.

In September, the Prime Minister was accused of misleading parliament over her contact with the entrepreneur. She denied it, saying that she did not directly engage with him.

"Why didn't she just be upfront about this at the start? It makes us in opposition suspicious."

The National Party is calling for the Prime Minister to make a Ministerial Statement today.

"What does the text say. What is the Prime Minister's precise associations with Hardcore and Sroubek?"

Lees-Galloway would not answer, citing a lack of public interest, but after Question Time a spokesman for Ardern confirmed that Hardcore had texted the Prime Minister after news broke of Sroubek being granted residency.

"The Prime Minister received a text message from Richie Hardcore following media coverage of the first decision about Karel Sroubek that acknowledged the decision. She did not respond to the text."

The spokesman said that Ardern and Hardcore were acquaintances and she had known him for years through his public advocacy work.

She did not know whether Hardcore had advocated for Sroubek, the spokesman said. 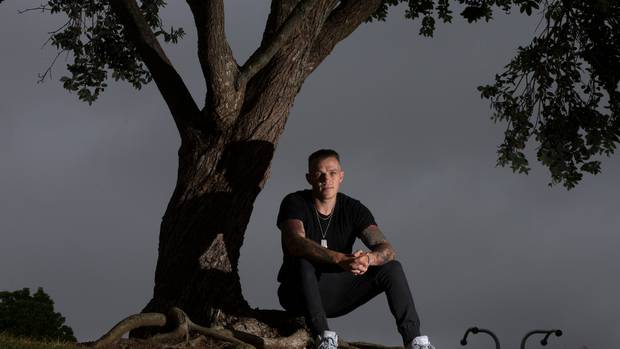 Hardcore is a fan of Ardern, writing on his Facebook page when she was elected Prime Minister: "I'm so happy someone I truly know is a kind and decent person is leading the country."

The revelation follows weeks of pressure from National MPs about who might have tried to influence Lees-Galloway over Sroubek, hinting that it might be someone associated with the Government.

Woodhouse first asked Lees-Galloway about Hardcore during Question Time on November 7, over a month ago, and Lees-Galloway declined to answer because it might prejudice an Immigration NZ review.

After the Immigration NZ review and intense political pressure, Lees-Galloway issued a new deportation notice to Sroubek, meaning he would have to leave New Zealand after finishing his jail sentence.

Sroubek is appealing the notice to the Immigration & Protection Tribunal.