Whistleblowers on Wuhan's Covid frontline have lifted the lid on what was really happening in the city as Covid-19 first exploded, casting serious doubts on China's version of events.

The first Covid cases were likely identified in Wuhan in mid-December 2019, with that information only being released to the public weeks later.

But a new book by Sky's Sharri Markson, What Really Happened in Wuhan, has exposed a string of massive holes in China's pandemic timeline.

In early November 2019, Wuhan doctor Wang Lei – whose name Markson has changed for his protection – was treating patients in the city as a mysterious illness began to take hold.

He told the reporter that while medics realised very quickly they were facing a new coronavirus, they were "forbidden from breathing a word about the official diagnosis" – even as the health workers themselves began to be struck down.

A flu alert was sent to doctors that month warning them of a severe influenza, but already there were clues this was something far worse, with high school classes also shutting down in early November – something which would never happen over a mere flu outbreak.

Originally, doctors on the frontline thought it was the re-emergence of Sars, but soon realised it was a different beast entirely. 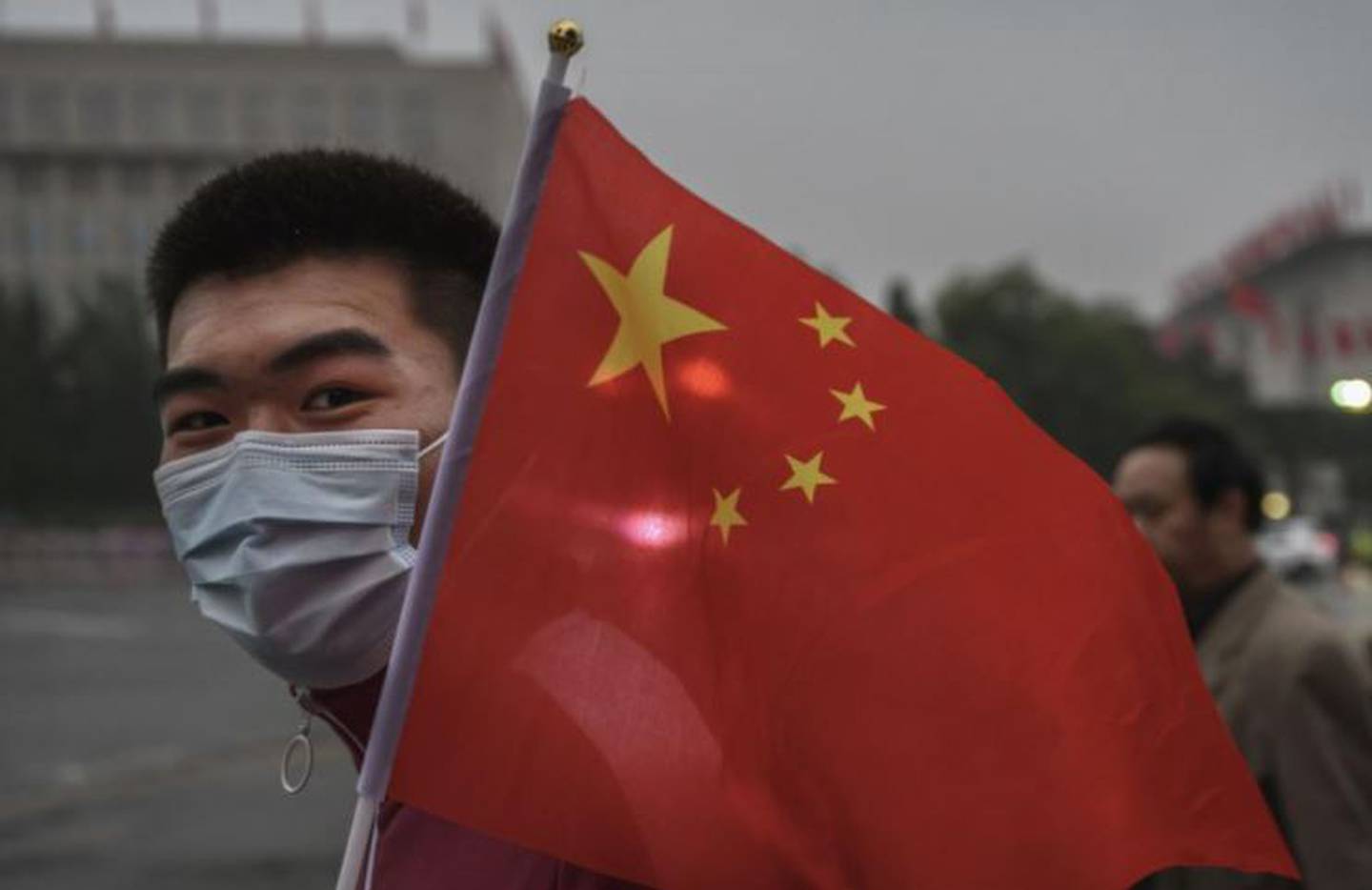 Another Wuhan doctor, Ai Fen, had treated a patient with a link to the Wuhan wet market who had fallen ill with pneumonia from December 18.

Oddly, in this case, normal processes did not occur, meaning there was no paperwork – but on December 26, a medical company that had tested samples from the man phoned the hospital to declare he was suffering from a new coronavirus.

Yet "even though it was a coronavirus – potentially highly infectious and deadly – the entire matter was kept secret", the book states, with the patient later dying.

The day after the company confirmed the new coronavirus, a third doctor, Zhang Jixian, became one of the first to alert authorities, filing a report which led to an internal notice being sent to hospitals to watch out for cases.

Soon, genomics companies were being flooded with samples from patients across Wuhan with mysterious symptoms.

On December 30, a test result from a patient was sent to Dr Ai confirming the patient had "Sars coronavirus".

Stunned, she sent it and a video of a lung scan to a medical school friend, who then shared the news on WeChat to 100 medical colleagues, with the story spreading from there.

The doctor who shared the information on WeChat later faced punishment from authorities, and Dr Ai was also reprimanded by her boss for speaking out.

At this time, despite growing alarm from doctors, the official policy at Dr Ai's hospital was not to wear masks or protective clothing to avoid causing any panic – and the company that had confirmed the coronavirus diagnosis later retracted it, claiming it had been a false positive.

December 30 was also the critical date when news of the virus began spreading to the outside world, with Marjorie Pollack, the deputy editor of the Programme for Monitoring Emerging Diseases (ProMED), receiving a message from a contact about social media chatter in China about a new virus, including a picture apparently showing a Wuhan public health commission document linking the viruses to the Huanan Seafood Market. 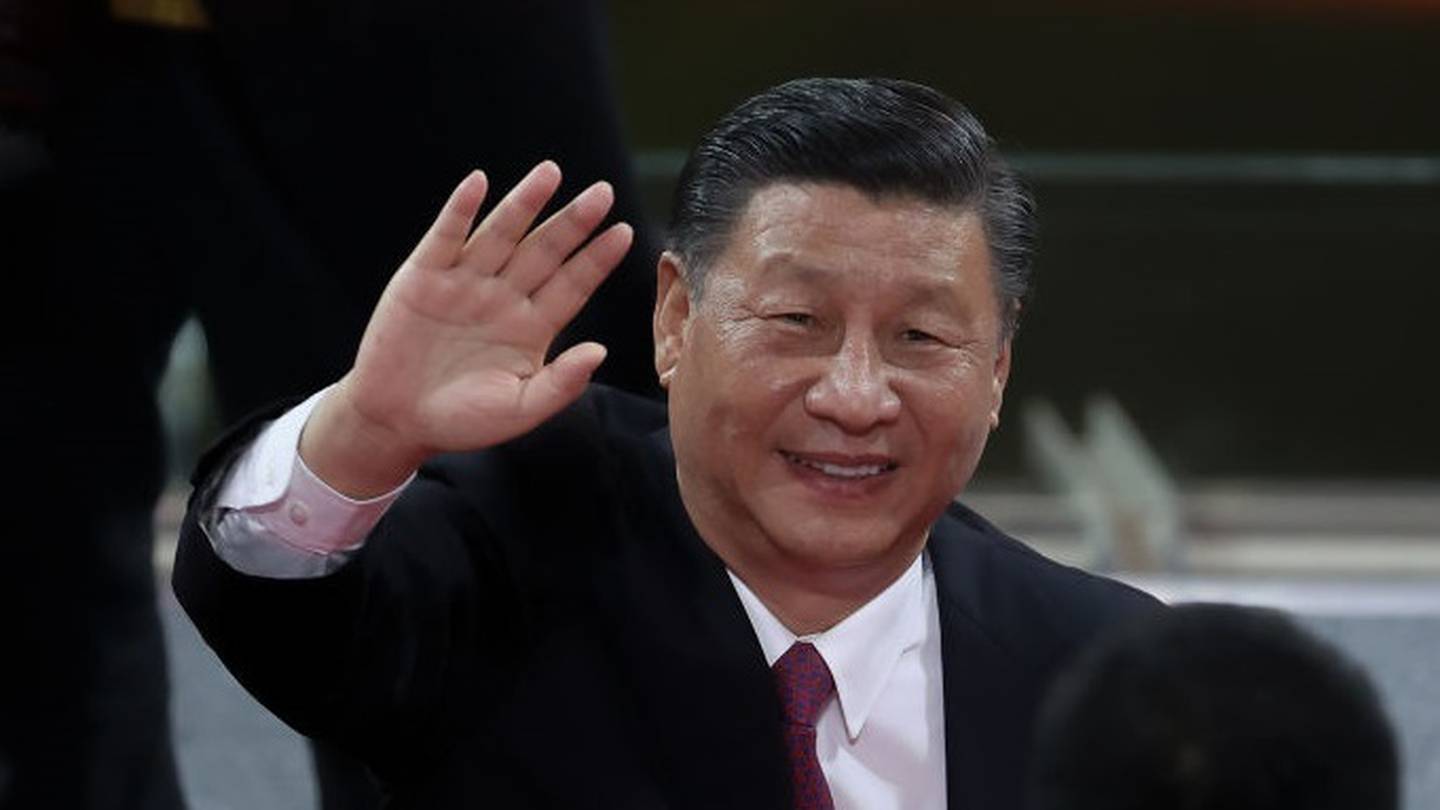 "That same day, as China was forced to reluctantly confirm there was a pneumonia spreading in Wuhan – that it would continue to insist for weeks was not contagious – its massive cover-up of the virus began," Markson writes.

"It started with a clean sweep of Chinese social media sites, where all mentions of 'unknown Wuhan pneumonia', 'Wuhan Seafood market' and other similar phrases were wiped.

"It is a sad fact that China never alerted the Who, or any government, to the coronavirus … It's extraordinary that a virus was taking lives for up to eight weeks before global health authorities caught wind of it."

On January 1, Markson writes, those "crucial early samples of the coronavirus" from the growing number of sick people flocking for tests "would all be destroyed under the strict orders of the Chinese Government as it sought to cover up news of the emerging virus".

On that date, Dr Ai was reprimanded by the Wuhan Central Hospital's disciplinary inspection committee for "spreading rumours" and "harming stability" by speaking about the virus as social media posts mentioning it and any hashtags relating to the growing crisis were scrubbed from the internet.

At the same time, the US began offering to help China, but "every single offer of assistance was rejected", with former US Secretary of State Mike Pompeo saying efforts were "completely blocked at every turn".

"For Pompeo, China's refusal to accept help at this early stage rang immediate alarm bells and made him question whether the virus had come from the wet market at all," the book reads.

"It was this lack of transparency as early as January that sparked the seed of doubt for Pompeo about a natural origin of Covid-19. What was China hiding?"

On January 3,US CDC director Robert Redfield called George Fu Gao, director of the Chinese Centre for Disease Control and Prevention, about the emerging crisis.

"Both of these crucial points were complete lies," Markson writes.

It wasn't until January 6 that major global papers began covering the virus, with the Wall Street Journal reporting on a "mystery viral pneumonia", but stating the virus "hasn't led to any deaths".

But "even this was a direct lie", the book reads, with several of Dr Ai's patients dying already, and Dr Wang witnessing "bodies piling up" in hospital wards.

Markson claims China had evidence the coronavirus was infectious as early as December 6, but continued to deny that fact for another six and a half weeks, before finally confirming the news on January 20.

While it was publicly downplaying the threat, the Government also began secretly buying up medical equipment and PPE.

And while it eventually shut down domestic travel on January 23, China still allowed international flights to leave China – and according to Dr Wang's records, when China said on January 24 it had only 830 confirmed cases and 26 deaths, the true number was far higher.

"While the Chinese Government insists the official date for the first Covid-19 case was in December, Dr Wang makes it clear doctors were dealing with the coronavirus from November," Markson writes.

"For there to have been community transmission in November, Covid-19 likely emerged earlier, in October or potentially September."

Then, on February 3, 2020, President Xi Jinpin himself made a speech which included a directive to promote "positive energy" and "strengthen online media control to maintain social stability" – effectively enforcing a gag order when it came to the virus.

At this stage, families who lost loved ones to the virus were having their social media posts wiped and being appointed minders, while pictures from funeral homes were being heavily censored.

The World Health Organisation finally declared Covid-19 a pandemic on March 11, at least three long months after China knew of an outbreak.

But still, when Dr Ai's interview with Renwu magazine about the virus was published in March, it was wiped from the internet within minutes.

"The Chinese authorities have gone to great lengths to destroy evidence and silence anyone in China who might be in a position to provide evidence on the origins of Covid-19," former White House official in the Clinton Administration Jamie Metzl told Markson.

"In the critical first weeks after the outbreak, Wuhan authorities worked aggressively to silence whistleblowers and destroy evidence that could prove incriminating."