The former top aide to British Prime Minister Boris Johnson ramped up his criticism of the government's handling of the coronavirus pandemic on Wednesday, releasing what appeared to be private message exchanges in which Johnson branded his health minister "hopeless". 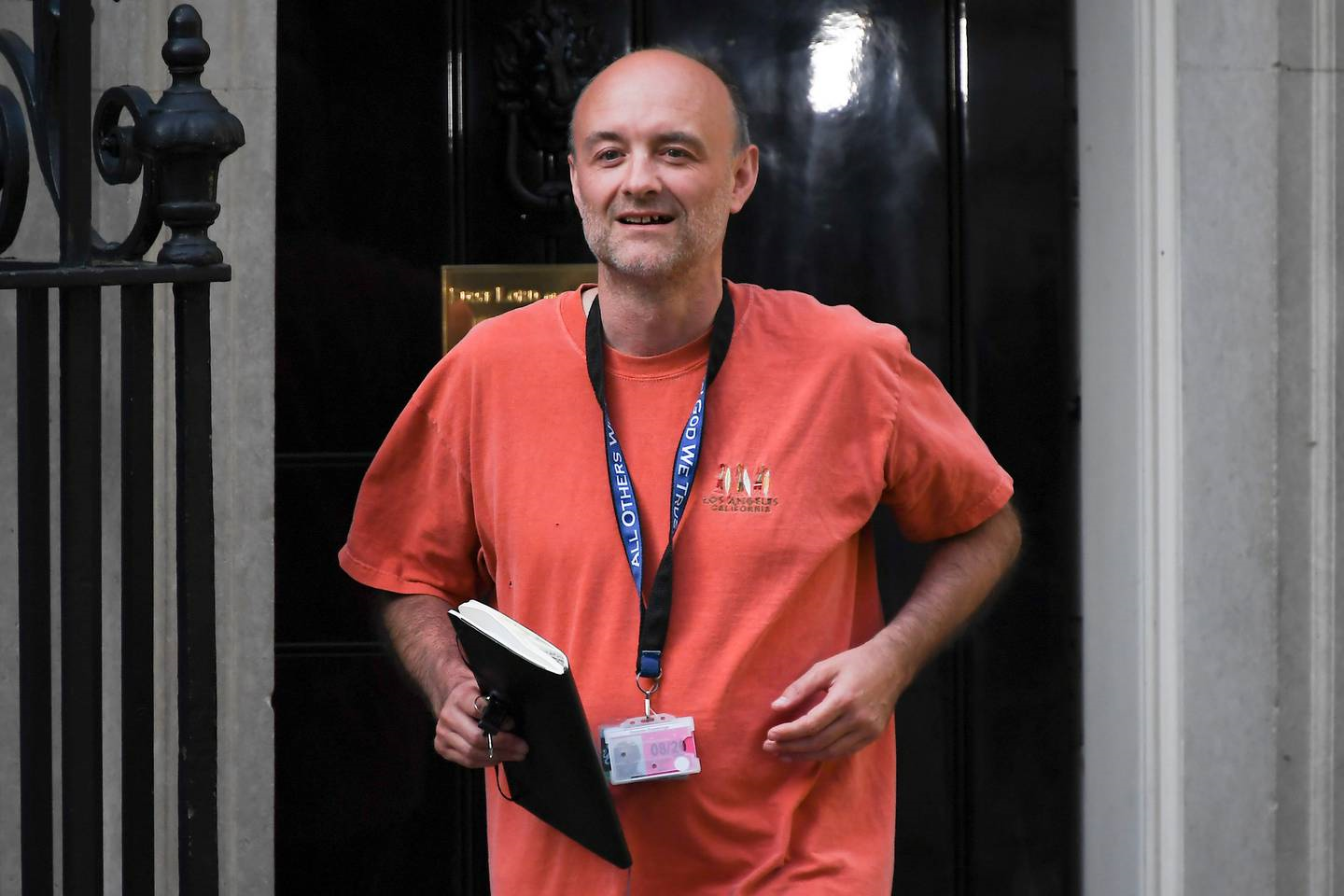 In one exchange from March 27 last year, Cummings criticised the Health Secretary over the failure to ramp up testing. Johnson replied: 'Totally f****** hopeless.'

Dominic Cummings has released screengrabs of Whatsapp messages between him and UK Prime Minister Boris Johnson.

Another from the same day saw Cummings complain that the Department of Health had been turning down ventilators because 'the price has been marked up'. Johnson said: 'It's Hancock. He has been hopeless.'

Whatsapp messages between Boris Johnson and Dominic Cummings have been released by Cummings in a blog post.

The Prime Minister's spokesman said that Johnson has "full confidence" in Matt Hancock, but did not dispute the authenticity of Cummings's screengrabs.

One of the architects of the successful campaign to take Britain out of the European Union, Cummings was appointed a top adviser when Johnson became prime minister in 2019.

He left his job in November after a power struggle inside the prime minister's office. Now a fierce critic of his previous employer, he claims people died needlessly because of the government's slow and chaotic response to the coronavirus. Cummings has excoriated the government on social media and in last month testimony to Parliament, where he said Hancock "should have been fired" for a series of alleged lies and a litany of errors during the pandemic.

In his testimony, Cummings also lashed out at Johnson, saying he was "unfit for the job" of prime minister and that tens of thousands of people had died because of delays in ordering a succession of lockdowns. Britain has recorded almost 128,000 coronavirus deaths, the highest total in Europe. In a blog post on Wednesday, Cummings accused the government of lying about its failures and "seeking to rewrite history."

Hancock has strongly denied Cummings' allegations that he mishandled the outbreak and lied about whether patients were being sent from hospitals to nursing homes without being tested.

When confronted by media today, Hancock tried to shrug off the criticism, responding that he 'doesn't think' he is 'hopeless'.

"I'm not going to be drawn on these sorts of claims," he said. He and said the prime minister had full confidence in Hancock and noted that the government has committed to hold a public inquiry into Britain's handling of the pandemic next year.