British leader Boris Johnson's powerful chief aide insists he will not resign for driving the length of England while the country was under strict lockdown — a trip he made without informing the prime minister first.

The government is facing a tide of anger from politicians and the public over the revelation that Dominic Cummings traveled more than 400 kilometres from London to his parents' home in Durham, northeast England, at the end of March.

Cummings says he traveled so that extended family could care for his 4-year-old son if he and his wife, who had suspected coronavirus, both fell ill. He said the three of them stayed in isolation in a building on his father's farm.

His trip came after the government imposed a strict "stay home" order, and Cummings is being accused of flouting the rules he expected the rest of the country to follow. Many Britons have taken to social media and radio phone-ins to recount how the lockdown had prevented them from visiting elderly relatives, comforting dying friends or attending the funerals of loved ones.

In a televised news conference in the garden of 10 Downing St — all but unheard of for an unelected adviser — Cummings tried to quash the controversy with a detailed but unrepentant account of his movements.

Cummings insisted that "the rules ... allowed me to exercise my judgment" and that his need to ensure childcare for his son was an "exceptional situation".

The government's stay-at-home rules, introduced March 23, said people with children should comply "to the best of your ability." Deputy Chief Medical Officer Jenny Harries later said that "if you have adults who are unable to look after a small child, that is an exceptional circumstance". She said in that case people without child care or family support should contact their local authority for help — something Cummings didn't do.

"I don't regret what I did," Cummings said, though he acknowledged that "reasonable people" might disagree with his actions.

Cummings said he didn't tell the prime minister, who had just been diagnosed with Covid-19, about his decision to leave London, because "he was ill himself and he had huge problems to deal with".

"Arguably this was a mistake," Cummings said.

Johnson has stood by Cummings, saying he "followed the instincts of every father and every parent".

"Of course I do regret the confusion and the anger and the pain that people feel," Johnson said at the government's daily news briefing. "That's why I wanted people to understand exactly what had happened." 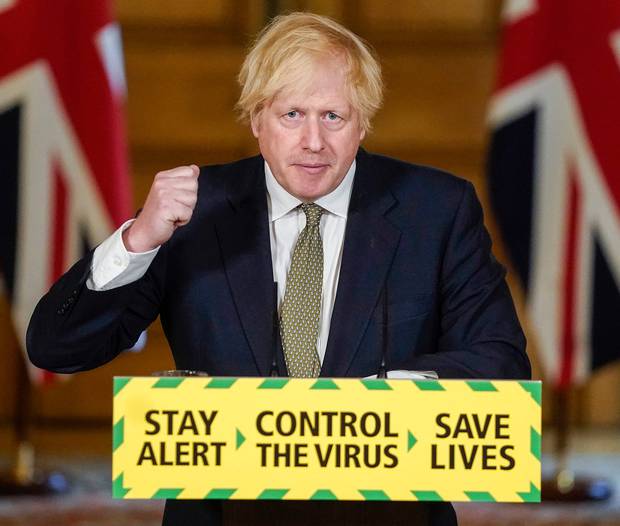 A self-styled political disruptor who disdains the media and civil service, the 48-year-old Cummings has been essential to Johnson's rise to power. He was one of the architects of the successful campaign to take Britain out of the European Union, and orchestrated Brexit champion Johnson's thumping election victory in December.

Five months on from that triumph, Johnson's government is facing criticism for its response to a pandemic that has hit Britain harder than any other European country. Britain's official coronavirus death toll stands at 36,914, the second-highest confirmed total in the world after the United States. 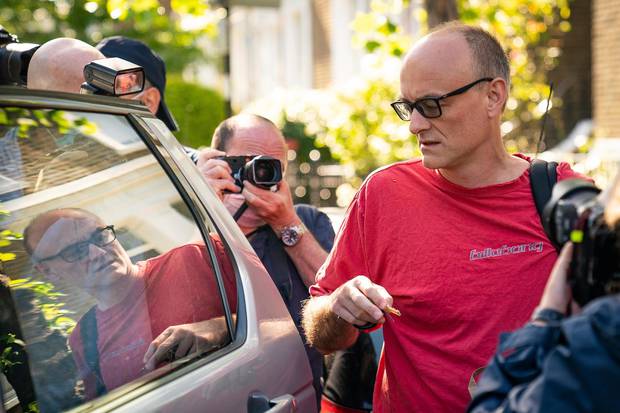 Dominic Cummings has been at the centre of a media storm. (Photo / AP)

The coronavirus laid low a swath of senior UK officials, including Cummings, Health Secretary Matt Hancock and Johnson himself, who spent several days in intensive care at a London hospital in April.

The UK is gradually easing its lockdown, initially by allowing more outdoor recreation. The government plans to reopen schools starting on June 1, and Johnson said Monday that the vast majority of shops in England will be able to open two weeks later, as long as they can become "Covid-19 secure."

Stephen Reicher, a social psychologist who sits on a group advising the government, said "more people are going to die" because the episode would undermine adherence to the lockdown rules.

The opposition Labour Party said the government's message was that there was "one rule for Boris Johnson's closest adviser, another for everybody else".

Ominously for Johnson, some Conservative lawmakers also expressed unease. Member of Parliament Paul Maynard said the aide's actions were "a classic case of 'do as I say, not as I do'". The conservative Daily Mail newspaper, usually supportive of Johnson, blared "What planet are they on?" in a headline about Cummings and the prime minister.

Cummings, who usually exerts power from the sidelines, looked uncomfortable but didn't admit fault during a live media grilling that lasted more than an hour.

He said that people felt "understandable anger", but insisted much of it was "based on reports in the media that haven't been true". However, he confirmed most of the details in media reports of his travels, including the journey to Durham and an April 12 drive to a scenic town half an hour away — taken, Cummings said, to check whether his eyesight, which had been affected by illness, had recovered enough for him to drive.

"I don't think there is one rule for me and one rule for other people," he said, insisting he had done what he thought was right at the time.

He said he hadn't considered resigning. Asked whether Johnson should consider sacking him, Cummings said: "That's not for me to decide. It's up to him to decide."