Uber is launching its "Jump by Uber" e-scooters in Auckland at midday today.

From today, 735 Jump e-scooters will begin to be rolled out across the city, with an operational area extending from Mission Bay and Remuera to Point Chevalier (bordering on Avondale), and extending as far south as Royal Oak and One Tree Hill.

Jump's e-scooters will cost an industry-standard $1 to unlock then 38 cents per minute.

Uber says users will see a Jump option once they open its car-sharing app - which up until now has been used for wrangling the company's car-sharing service (which, among other things, will make it easier for Uber for Business users to expense a scooter ride).

The Jump e-scooter rollout is part of Auckland Council's first official six-month e-scooter licensing period, which sees the total e-scooter cap lifted from 1875 (the limit for the two trial periods) to 3200.

Jump is sharing Auckland streets with the locally-owned Flamingo (the only survivor from the trial period), and two Singapore-owned players Neuron (whose rollout of 880 e-scooters into Auckland on Friday) and Beam. All four were judged to have a better "safety profile" than Lime and Wave, who were kicked out.

As well as the standard $1 unlock, 38c a minute, Neuron is offering three-day passes for $25, weekly passes for $33 and monthly passes for $89, which allow users to have unlimited rides for up to 90 minutes per day, he said.

For Uber - a major investor in Lime as part of its "micro-mobility push - it was a case of swings and slides as Jump, which it bought in 2018, took Lime's place. 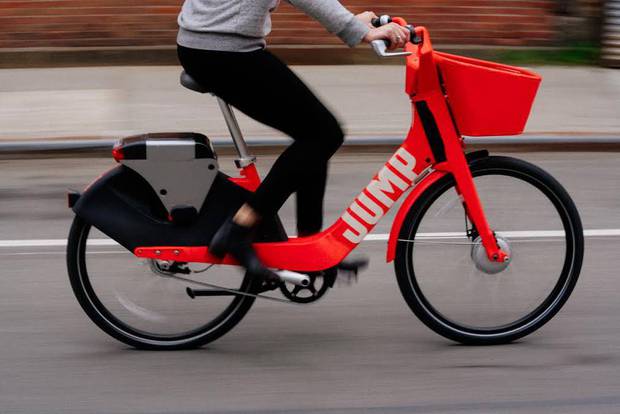 Uber will expand its Auckland presence again next month as it launches 655 of its Jump by Uber e-bikes in the city, which will cost $1 to unlock then 30 cents per minute.

There are already around 400 Jump by Uber e-scooters in the capital as party of Wellington's ongoing e-scooter trial.

The company copped flak in November when trucks were spotted dumping around 300 Jump e-scooters into a freight company's concrete yard, just six months after they hit the city's streets.

Uber New Zealand spokesperson Henry Greenacre said the scooters had come to the end of their life because of heavy use. They would be sent for recycling. 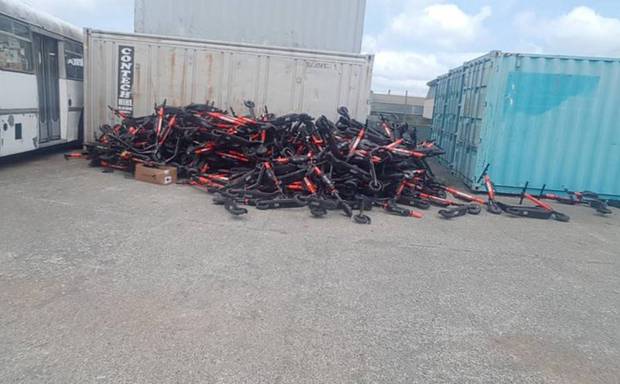 All of Neuron's e-scooters will come with adjustable safety helmets.

Since e-scooter ride-sharing kicked off with Lime's October 2018 launch into NZ, ACC has racked up more than $4.3 million in e-scooter related claims.

Auckland Council's first e-scooter licence period includes speed limits and curfews in a number of areas in a bid to reduce the accident rate and, for pedestrians, the annoyance factor.