The fake news posts use Hosking's face and are accompanied by headlines such as "MIKE drops bombshell, producers forced to cut straight to commercial," and "Mike confirms allegations".

"I don't spend any time on Facebook but I know what's happening here," Hosking told listeners this morning.

"My picture comes up in your feed, and there's a whole bunch of stuff... you might see me spruiking some sort of product or service for you to join. This is all rubbish - it's spam, it's nonsense. 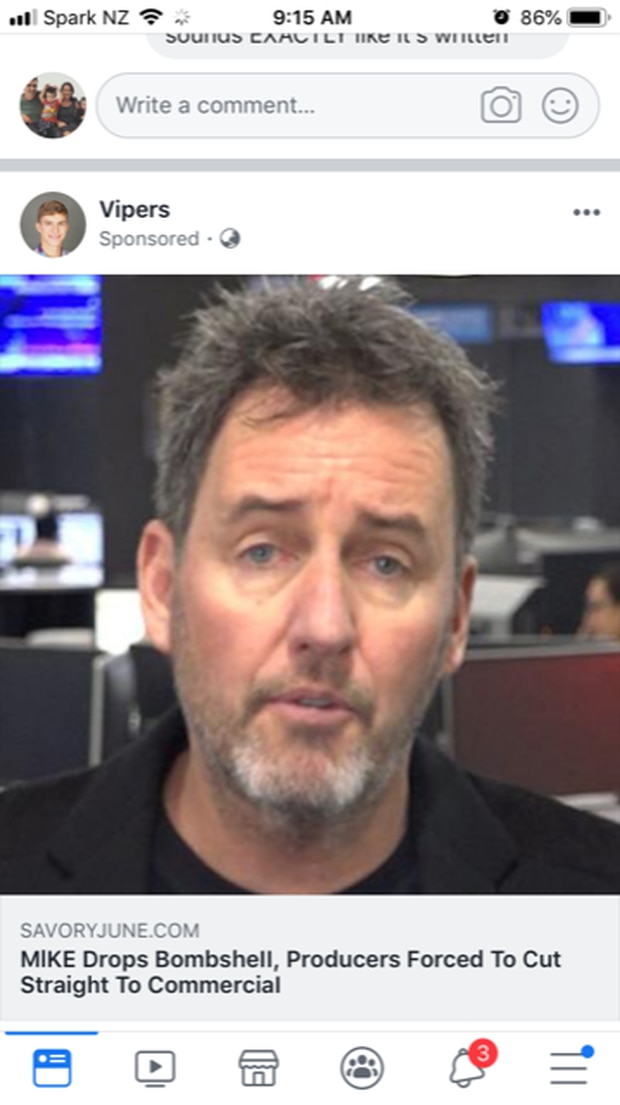 One of the fake news posts. Photo / screenshot

"Interestingly enough it is sponsored, which means somebody's paying for it, and if you come across these ads, all you can do on Facebook - and this is the gross unfairness of these multimedia platforms, these international players - you click on 'report ad', and when you're asked why you're reporting or what you're reporting, you select 'false news' option. Now, does anything happen? Of course it doesn't."

"Facebook says, 'we don't allow these ads on our platforms, we have zero tolerance for people who try and use our platform for these ads'," Hosking said

"Well, what crap, how do you explain me on them? It's spam, it's scam, and somebody's giving facebook money to run these ads for whatever purpose." A screenshot of one of the fake news posts. Photo / screenshot

Hosking is not the first Kiwi broadcasting star to have their image and profile used to promote fake news scams. Last month, ZM host Megan Papas discovered her photos were used on a fake news Instagram page, claiming she was a young girl whose mother shaved her head as punishment for bullying a girl with cancer.