Health Minister David Clark has rejected Opposition criticism about the way a swathe of District Health Board appointments were made, saying the process was by the book.

Over the weekend, Clark announced 76 appointments. Those appointed will sit alongside elected members, including 13 new chairs, in what has been flagged as a major changing of the guard at the country's troubled DHBs.

But National Party health spokesman Michael Woodhouse on Tuesday told Mike Hosking the selection process was "appalling", saying the appointees weren't interviewed and some didn't know they had the job until the minister's announcement.

"For one, they had put their CV forward not completely committed to the role and wanted to find out more about it through an interview. And that didn't happen," Woodhouse said.

"That person may resign before getting going."

But Clark on Tuesday rejected that claim and said the process was all above board.

"They've been through the normal process, which involves getting CVs and so on. It's the usual process as always been done by previous Governments," he said.

"I talked to a lot of people." 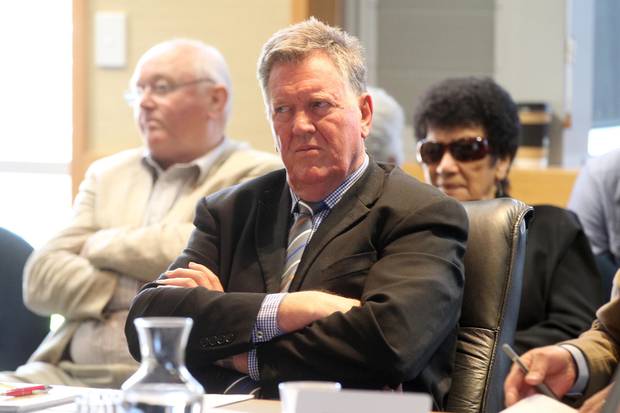 While Woodhouse said plenty on the list of appointments were qualified for the roles, he also criticised what he said were political appointments of people with close connections to the Labour Party.

Barker says he won't be relocating and is remaining committed to the Hawke's Bay Regional Council while also talking up the new role.

Woodhouse has described it as a slap in the face to the West Coast.

But Barker says National is playing politics, calling it "faux outrage" and hypocritical.

"They know that chairing a board like this is a part-time position. It's not a full-time position," Barker said.

"They are aware there a number of board chairs who live out of town anyway, and a number of the appointed, so there's nothing unusual about this at all."

Barker said while he didn't have a background in the health sector, the role was about governance and he was confident in carrying it out.

He grew up on the West Coast and said he still regularly visited friends and family there, he said.

"The place is not unknown to me … My connection there is really good.

"All I'm going to say is judge me at the end of three years."

It was last month revealed total debt across DHBs had reached $1.25 billion, with the Government forking out $590 million to pay for historic issues with the Holidays Act, among other issues.