The Government has confirmed plans for a brand-new cycling and walking bridge across the Waitematā Harbour - at an estimated cost of $685 million.

Transport Minister Michael Wood will today announce the project, which features a new standalone structure right next to the existing Harbour Bridge, on its east (city) side. The new bridge will not carry buses or other vehicles.

The project is now approved and funded - and is expected to take five years to consent and build.

The new bridge is to become part of the Northern Pathway, which will extend dedicated cycling and walking routes to Esmonde Rd on the North Shore, with connections to Northcote and Takapuna. The pathway will cost an additional $100 million. The Northern Pathway, a new separate structure for walking and cycling as shown in this concept drawing, will be next to the existing Auckland Harbour Bridge. Picture / Supplied

The "indicative design" shows viewing screens for the entire length of the bridge, with stepped seating along its outer edge.

It will be a "purpose-designed quality option" and an "outstanding piece of tourism infrastructure", Wood said.

Confirmation of a second harbour bridge comes ahead of further announcements expected today on the Government's transport infrastructure plans.

The bridge is the first project confirmed as part of that rethink.

"NZUP is supporting our economic recovery," Wood said, "but due to Covid-19 increasing construction costs globally and the need to further reduce emissions, we're rebalancing the programme to increase investment in rail, public transport and walking and cycling." The new bridge across the Waitematā Harbour will not carry buses or other vehicles. Picture / Supplied

Existing transport plans in Auckland are expected to cause an 8 per cent increase in carbon emissions.

A new cycling and walking bridge has been chosen because it is believed a new structure attached to the existing bridge is not feasible.

The NZ Transport Agency, Waka Kotahi, advised a parliamentary select committee in February that adding weight to the existing bridge would make it unsafe.

Attaching a pathway to the existing bridge had been expected to cost $260m.

"We need this transport connection to move ahead but it isn't technically possible to attach it to the existing bridge without putting the whole structure at risk," said Wood.

"A standalone structure is the safest option."

He added: "Major international cities all around the world have similar connections and we've all seen how well used the Te Ara I Whiti/Lightpath has become, with the Northern Pathway having the potential to be a bigger tourist drawcard.

"Northern Pathway is the missing link in Auckland's walking and cycling network. Aucklanders finally will be able to get across the harbour by foot or bike.

"It's important we get it right and make sure it's an enduring piece of infrastructure, providing alternative modes of transport across the harbour and helping reduce congestion on our Auckland roads." 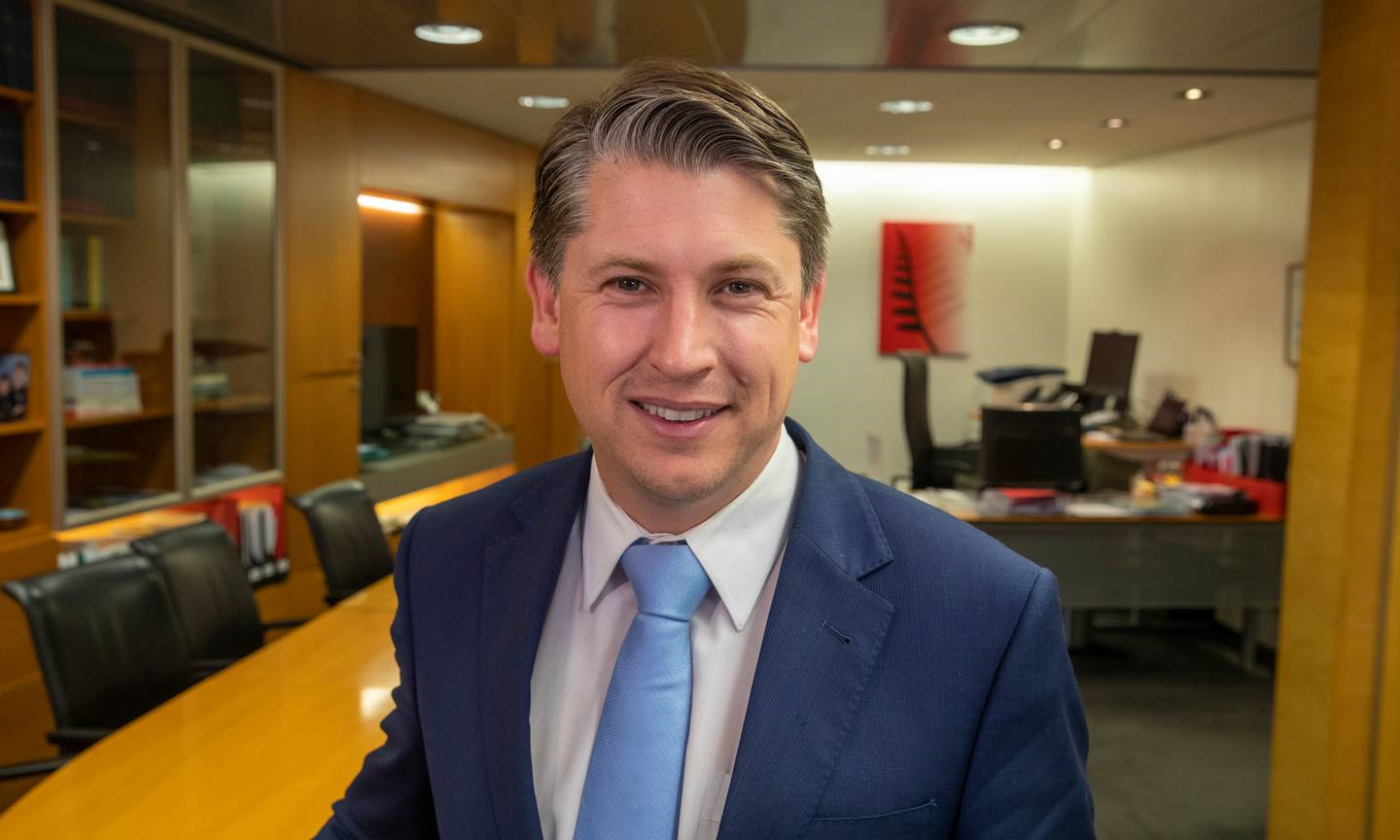 With the new bridge five years away, Wood also said he had asked Waka Kotahi to present him with options for a cycling and walking lane on the current bridge now. This would involve a trial conversion of an existing vehicle lane or lanes.

Bike Auckland and the GetAcross coalition of cycling advocates have been calling for the trial for many months. Last Sunday it held a rally near the bridge to protest the lack of action. After the rally, about 1500 people broke through a police barrier and rode on the bridge.

"Waka Kotahi will continue to work on how to provide safe temporary trials of using lanes on the existing harbour bridge for cyclists and pedestrians," Wood said.

In a letter to Bike Auckland on May 6, chief executive Nicole Rosie wrote, "At this stage we are not looking at interim options for walking and cycling over the Auckland Harbour Bridge in advance of the completion of the Waitematā Harbour section of the Northern Pathway."

Since then, Wood told the Herald, he had "impressed on Waka Kotahi that they should be looking at every angle". 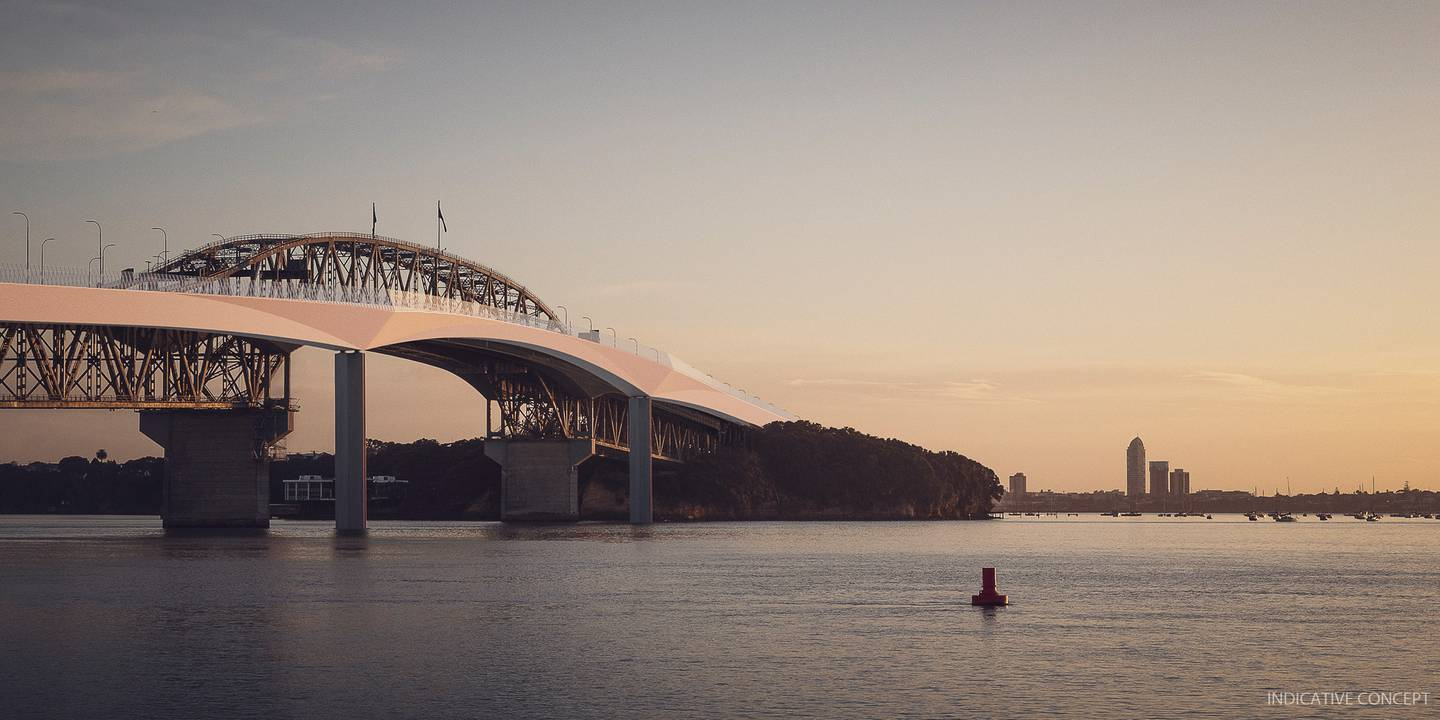 The new cycling and walking bridge across the Waitematā Harbour is expected to cost $685 million. (Photo / Supplied)

"There is a lot of eagerness and a lot of frustration. If it's possible and safe, I'm keen for a trial.

"I've given them weeks, not months. I've told them I want to see options on my desk."

The minister also said work is under way on an indicative business case for a new harbour crossing - expected to be a tunnel - that will include public transport and might or might not include other vehicles.

"It will be public-transport centred," he said.

"Whether it also carries cars, I don't know. At this stage we haven't closed off any options."

That new crossing was likely to be a tunnel, but Wood said he didn't believe it would be a tube lowered on to the seafloor.

"I understand there is a preference for a bored tunnel."

Asked why the new cycling and walking bridge had been approved before a cycling trial on the existing bridge could be held, Wood said the new bridge provided a "quality option we can all be proud of".

"But we remain open-minded about how to get the best use out of all the existing infrastructure."

He also revealed that Waka Kotahi has considered getting bikes across the bridge using gondolas and a dedicated ferry or bus service. However, all those options were rejected.