The teen fugitives accused of murdering three people on a Canada highway have been found dead after weeks on the run.

The Royal Canadian Mounted Police in the central province of Manitoba said the bodies of Kam McLeod, 19, and Bryer Schmegelsky, 18, were discovered in dense wilderness near the shores of the Nelson River, not far from where they last week recovered items linked to the suspects.

"At this time, we believe that these are the bodies of the two suspects wanted in connection with the homicides in British Columbia," said Assistant Commissioner Jane MacLatchy.

"I'm confident it is them but to identify them officially and to be sure we have to go to autopsy." The hunt for the two teen suspects has made headlines across the world for weeks. Photo / Supplied

The cause of death in both cases is yet to be determined, according to police.

"I hope today's announcement can begin to bring some closure," she said.

"To the officers involved in the search, I commend you in your determination."

She said "strong public engagement and support" had been key to the hunt and thanked all Canadians for "remaining vigilant."

In a massive breakthrough on Saturday, police recovered several items connected to the pair on the banks of the Nelson River, close to the isolated town of Gillam in northern Manitoba.

The unspecified objects were found some 9km from where their stolen grey Toyota RAV4 was abandoned in bushland close to a rail line on July 22.

The RCMP said thel items led directly to the discovery of the boys' bodies, which were found around 10am Wednesday local time, 1km from the boat and 8km from their burned out Toyota car.

Friends Kam McLeod, 19, and Bryer Schmegelsky, 18, are accused of killing Australian Lucas Fowler, 23 and his American girlfriend Chynna Deese, 24, who were shot on a highway in British Columbia. 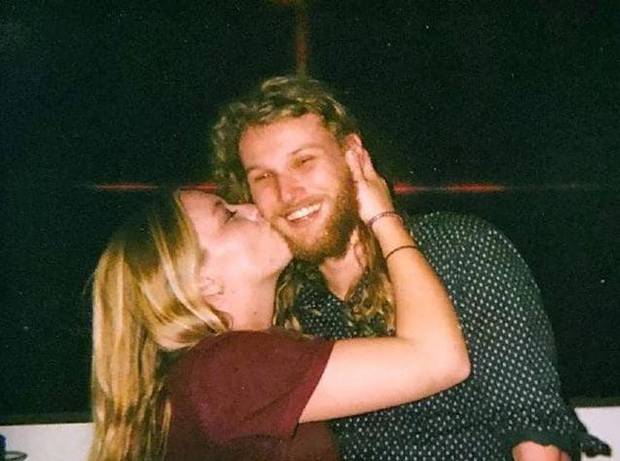 Canadian man Leonard Dyck, 64, was also murdered a few hundred kilometres away on the same road.

Fowler, from Sydney, and Deese, from Charlotte in North Carolina, had been travelling through northern British Columbia en route to Alaska when they were found next to their blue Chevrolet van on July 15.

On July 19, Dyck, a University of British Columbia lecturer, was found dead near Lake Dease, two kilometres from the teens' burnt-out Dodge and almost 500km from where Fowler and Deese's bodies were discovered.

A former classmate of one of the teenagers earlier revealed Schmegelsky allegedly has a history of making disturbing and violent comments.

Madison Hempsted, who shared a class with Schmegelsky when they were both 13, revealed to Global News that he had a habit of making some very disturbing comments.

The teen claimed she and her friends didn't speak with Schmegelsky very often but when they did he would allegedly turn the conversation towards different methods of murder.

"He didn't really talk to anyone, super into himself. But when he did talk to people, the things he said were kind of scary. All he ever said to me was how he wanted to kill me and ways he would do it."

Hempsted said she and others that knew Schmegelsky made comments about his alleged remarks on Facebook but they were all deleted.

One of her friends has claimed they had heard the accused say he wanted to kill his whole family.

Hempsted said some of the scenarios he would allegedly bring up were "pretty detailed".

"He would say things about how he would cut our heads off and then he would take a gun and put it in his mouth and shoot himself in front of us," she said.

She told the media outlet that, while his comments were disturbing, she didn't really think much of it until now.

"He didn't have very many friends," she said.

"We thought he was trying to be funny and make people laugh and make friends, because he was so quiet."

Alan Schmegelsky, the father of Bryer Schmegelsky, earlier said his son bought a black suit with his second pay cheque from the Walmart where he worked this year and told him he was heading to Alberta with McLeod to look for jobs.

"I was absolutely flabbergasted to learn two days later … that they were up in the Yukon," he told reporters.

"Now I realise it's his funeral suit."

The distraught father said his son was on a "suicide mission" and expected at the time that he would be killed by police within 48 hours.

"He wants his hurt to end," Schmegelsky told Canadian Press.