As of next Tuesday, people travelling to New Zealand will no longer need a negative pre-departure test.

A Government source has confirmed the requirement will be dropped as of 11.59pm on Monday. An announcement by new Covid-19 Response Minister Ayesha Verrall is scheduled for later today.

The current rule means people coming to New Zealand by air must get a negative PCR, RAT or Lamp test 72 hours before departing on the flight to New Zealand.

New Zealand is one of a diminishing number of countries to have pre-departure tests and tourism operators had voiced concerns that testing was putting travellers off.

Prime Minister Jacinda Ardern had said the tests would be gone by July 31 at the latest, but the Government's increased confidence in the Covid outlook has meant this date could be brought forward.

"While we are still working through this transition, it's fair to say we are confident that pre-departure testing will be removed by the time we come to the final phase of our reopening in July," Ardern said earlier this year.

The timing will also allow the border to be more fully open for the ski season and Australia's coming school holidays.

The final phase of border reopening will occur on 11.59pm on July 31, when all vaccinated travellers and students will be able to enter New Zealand, provided they have a visa. 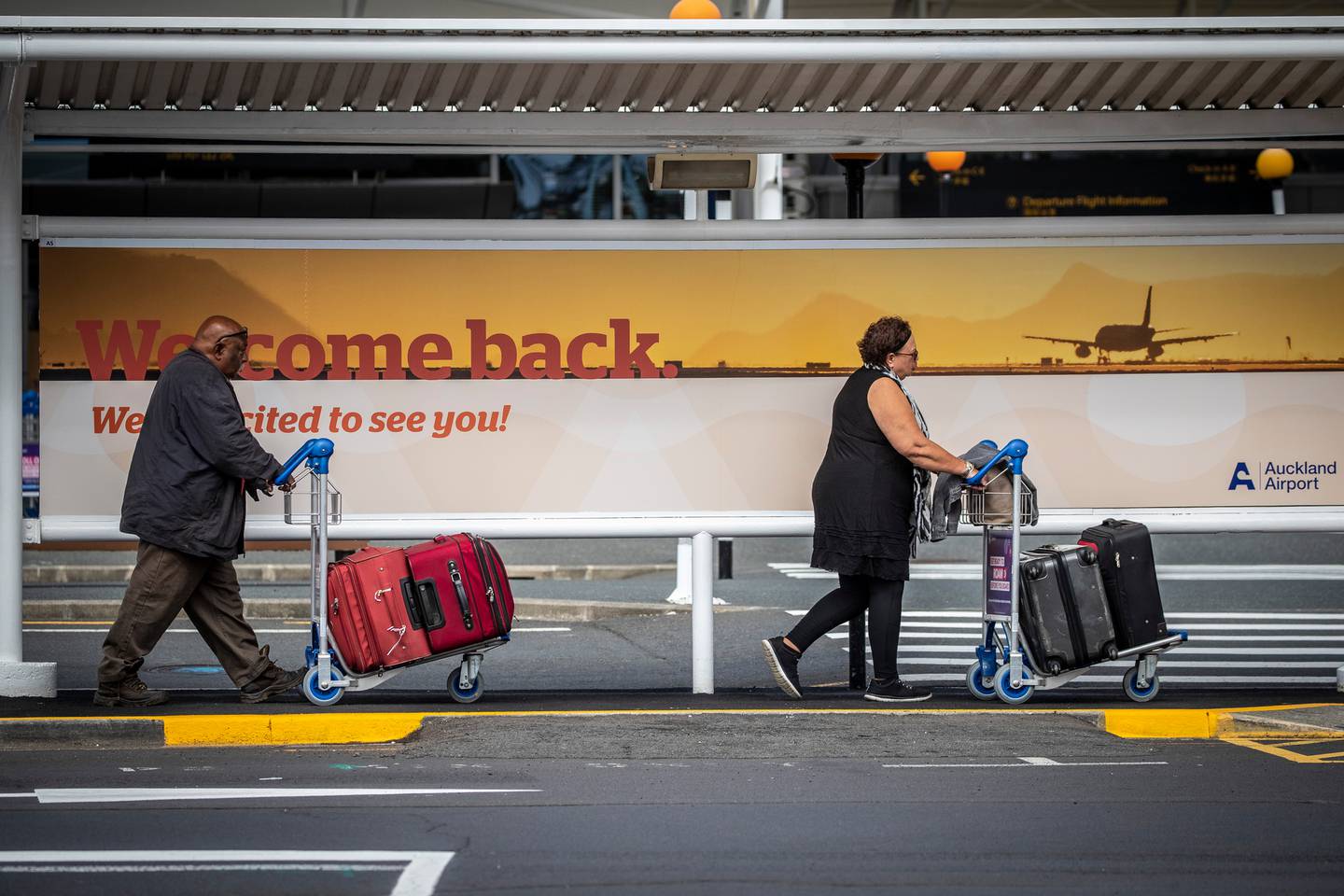 People who arrive in New Zealand are also given a pack of RATs to do after arrival. About 90 per cent of people are completing these tests and 2-3 per cent are reporting a positive result.

The Government does not see this changing significantly after the requirements are dropped.

National has been calling for pre-departure testing to go. Earlier this week, the party's Covid-19 response spokesman Chris Bishop said the tests should be dropped.

"The world is moving on, but New Zealand insists that anyone coming here must present a negative test before getting on a plane," Bishop said.

"Pre-departure tests made sense when we were pursuing elimination. But they make zero sense when we already have thousands of cases a day at home," he said.

Covid cases continue to level off after a peak earlier in the year. Another peak is expected later in the year, but the Government does not expect this to be impacted by changes at the border.

Hospitalisations with Covid-19 are also levelling off. The seven-day average of people in hospital with or due to the virus was 362 yesterday, down from over 900 during the peak earlier this year.

The Government does not believe dropping pre-departure testing will lead to a surge of domestic infection.