A humbled Tom Walsh was overcome with emotion after he and Joelle King were honoured as New Zealand's flagbearers for the 2022 Commonwealth Games.

Walsh, a defending champion in the shot put, and King, a three-time Commonwealth Games gold medallist in squash, will lead out the Kiwi team at the opening ceremony at Alexander Stadium on Friday morning (NZT).

Moments after accepting the honour in front of 250 teammates, Walsh had to pause to collect himself when describing what it meant.

"It's a hard one to put into words. When I got the call from Nigel, I was a little bit shocked," said Walsh, his voice breaking. "It's not why we do it, but it's a huge honour to get asked to hold the flag and fly it for New Zealand. To be up front with Joelle is going to be awesome."

Walsh was in buoyant mood when speaking to media after the conclusion of the ceremony, presided over by governor-general Dame Cindy Kiro. With the flag draped around his shoulders, he compared the feeling to winning a bronze medal at last year's Tokyo Olympics.

"When my voice last broke was probably when I was 14," he laughed. "I got a bit emotional last year after Tokyo, getting third there, in terms of how much went into that year.

"But this is a completely different emotion - standing in front of 250 people who I respect for many different reasons. It was definitely a moment in time when it all kind of smacked me in the face and got the better of me.

"It's something that not many people get to do. I'm really looking forward to leading the team, waving our flag and soaking up the whole experience."

In addition to his pair of Olympic bronze medals, Walsh is also a two-time Commonwealth Games medallist, winning gold at Gold Coast 2018 and silver at Glasgow 2014. 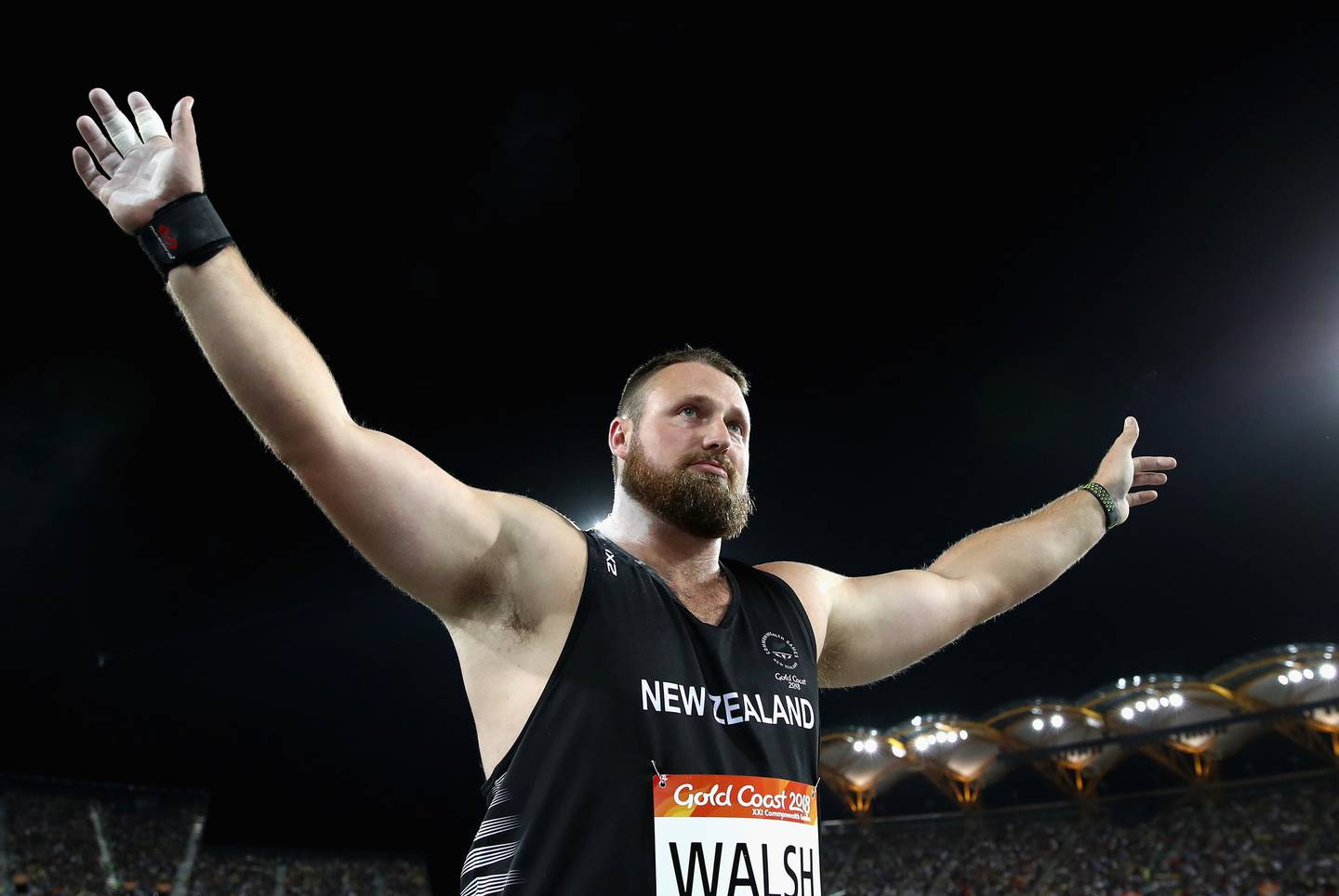 "I'm really honoured to be adding my name to an amazing list of Commonwealth Games flagbearers," she said. "There's such a great team behind us so it's going to be really special to lead them onto such a big stage."

King will compete in the squash singles, women's doubles and mixed doubles at Birmingham 2022.

It will be the first time a male and female athlete have jointly carried the New Zealand flag at a Commonwealth Games opening ceremony, with a change in rules allowing for the naming of two flagbearers.

King and Walsh were chosen by Avery taking into account a wide range of factors including past performances, ability to lead and inspire New Zealand athletes, competition preparation and performance standards. 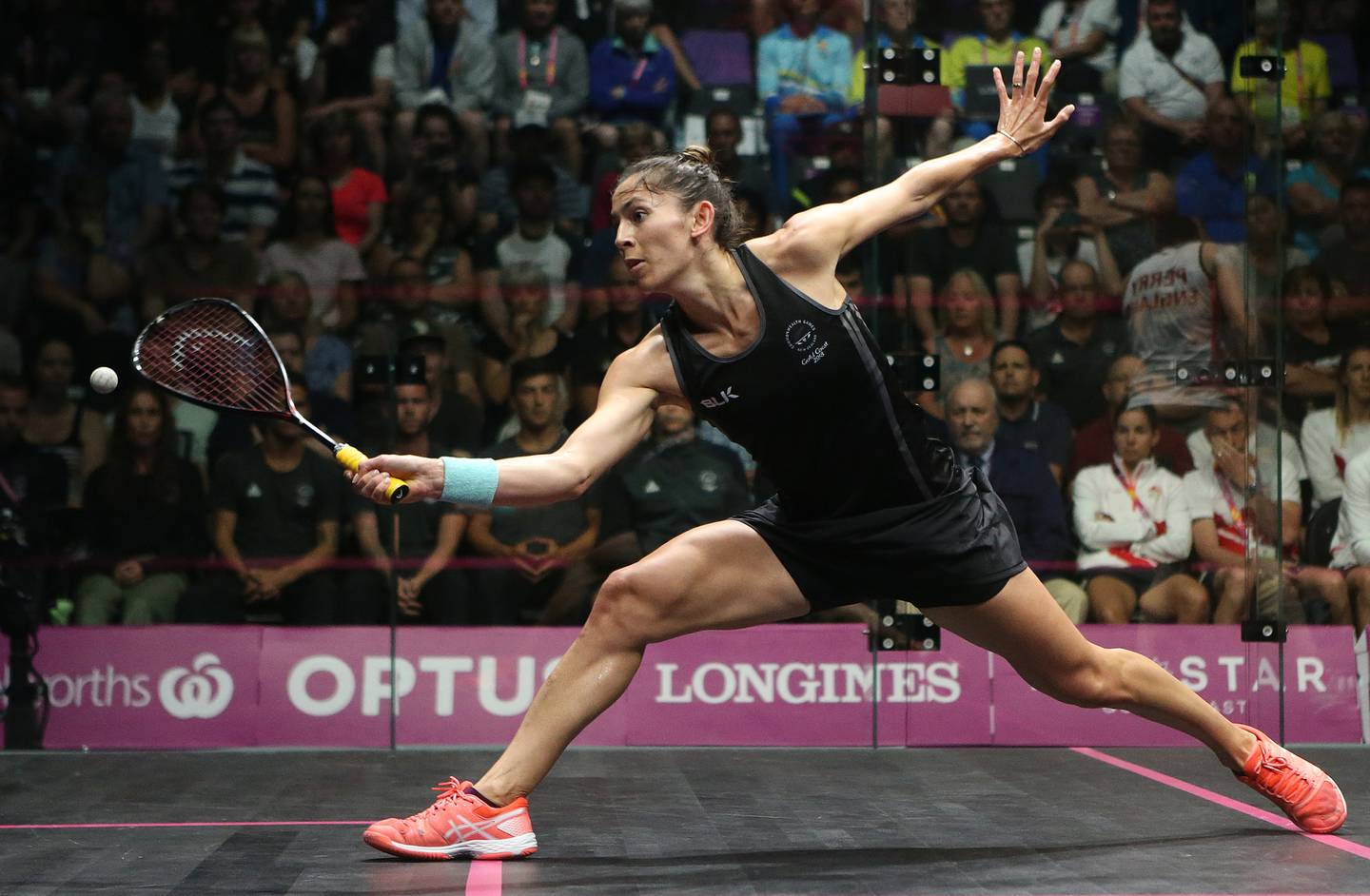 King in action during the gold-medal match on the Gold Coast. Photo / Getty

"These two athletes have inspired New Zealanders with their performances for more than a decade and they epitomise the special values and culture of our team," said Avery.

"We know they'll do us proud as they lead our team into the opening ceremony, and we look forward to watching them compete over the next few weeks."

And download our daily Commonwealth Games podcast the Birmingham Bulletin.