Russian President Vladimir Putin says he and US President Joe Biden agreed in a "constructive" summit today (NZ time) to return their nations' ambassadors to their posts and begin negotiations to replace the last remaining treaty between the two countries limiting nuclear weapons.

Putin said there was "no hostility" during the talks that wrapped up more quickly than expected.

The two sides had said they expected to meet for four to five hours but spent less than three hours together, including an opening meeting with just the two presidents and each one's top foreign aide.

Biden says he and Putin finished early thanks to having briskly worked through each man's full agenda for the talks. 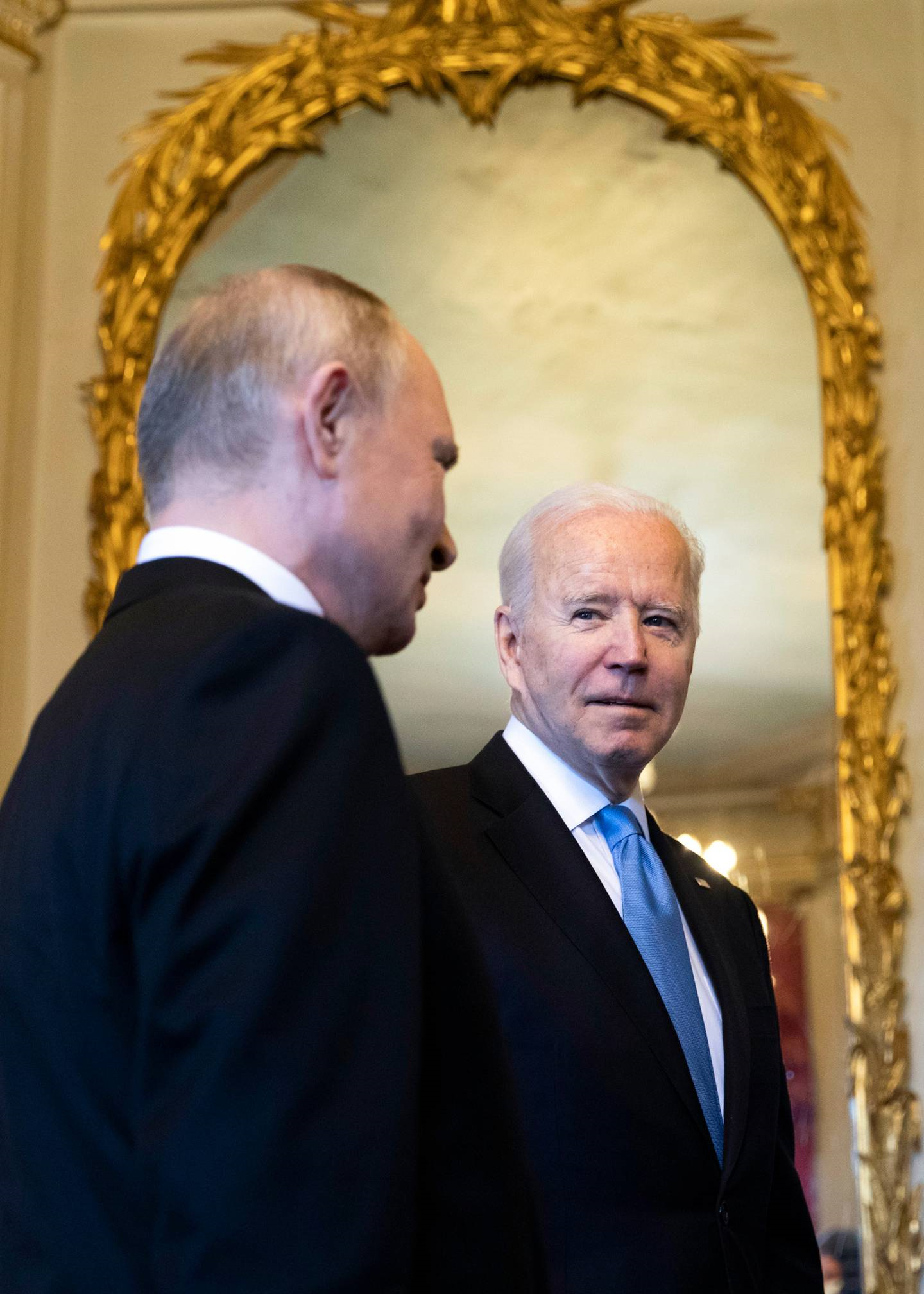 Biden told reporters that the two men sat across the table at their meeting site talking through each issue "in excruciating detail". At the end of that, "we looked at each other like, 'Okay, what next?'" Biden said. "We had covered so much."

Putin had first crack at describing the results at a solo news conference, with Biden to follow with his own session with reporters.

Putin acknowledged that Biden raised human rights issues with him, including the fate of opposition leader Alexei Navalny. Putin defended Navalny's prison sentence and deflected repeated questions about mistreatment of Russian opposition leaders by highlighting US domestic turmoil, including the Black Lives Matter protests and the January 6 Capitol insurrection.

The Russian leader also said that the new president was an "experienced statement", which he suggested was a welcome change after four years of dealing with President Trump.

Vladimir Putin compares Donald Trump to Joe Biden: "President Biden is an experienced statesman... And in this, he is very different from President Trump."

No one tell Donald 👀 pic.twitter.com/S1qxbEFAoZ

Biden told reporters after the meeting that he is "not going to walk away" from the plight of two Americans detained in Russia.

Biden said he raised the imprisonment of Paul Whelan and Trevor Reed in the meeting with Putin. "We discussed it. I'm going to follow through with that discussion."

Putin opened the door to possible discussions about a prisoner swap with the US for the release of the Americans and said those conversations would continue.

On his way to his flight out, Biden had a testy exchange with a journalist who asked him why he was "confident" Putin would change his behaviour. Biden said he had never said that.

"I said what will change their behaviour is if the rest of the world reacts" in a way that "diminishes their standing in the world", Biden said. "I'm not confident of anything. I'm just stating a fact."

After CNN's Kaitlan Collins pressed on with further questions about how the summit could have been useful while Putin continued to avoid discussing several sensitive topics, Biden said: "If you don't understand that, you're in the wrong business." US president Joe Biden about to board Air Force One after the US - Russia summit with Russian President Vladimir Putin. (Photo / Martial Trezzini)

In his post-summit press conference, Putin held forth for nearly an hour before international reporters. While showing defiance at queries about Biden pressing him on human rights, he also expressed a significant measure of respect for Biden as an experienced political leader.

The Russian leader noted that Biden repeated wise advice his mother had given him and also spoke about his family — messaging that Putin said might not have been entirely relevant to their summit but demonstrated Biden's "moral values". Though he raised doubt that the US-Russia relationship could soon return to a measure of equilibrium of years past, Putin suggested that Biden was someone he could work with.

"The meeting was actually very efficient," Putin said. "It was substantive, it was specific. It was aimed at achieving results, and one of them was pushing back the frontiers of trust."

Putin said he and Biden agreed to begin negotiations on nuclear talks to potentially replace the New START treaty limiting nuclear weapons after it expires in 2026. 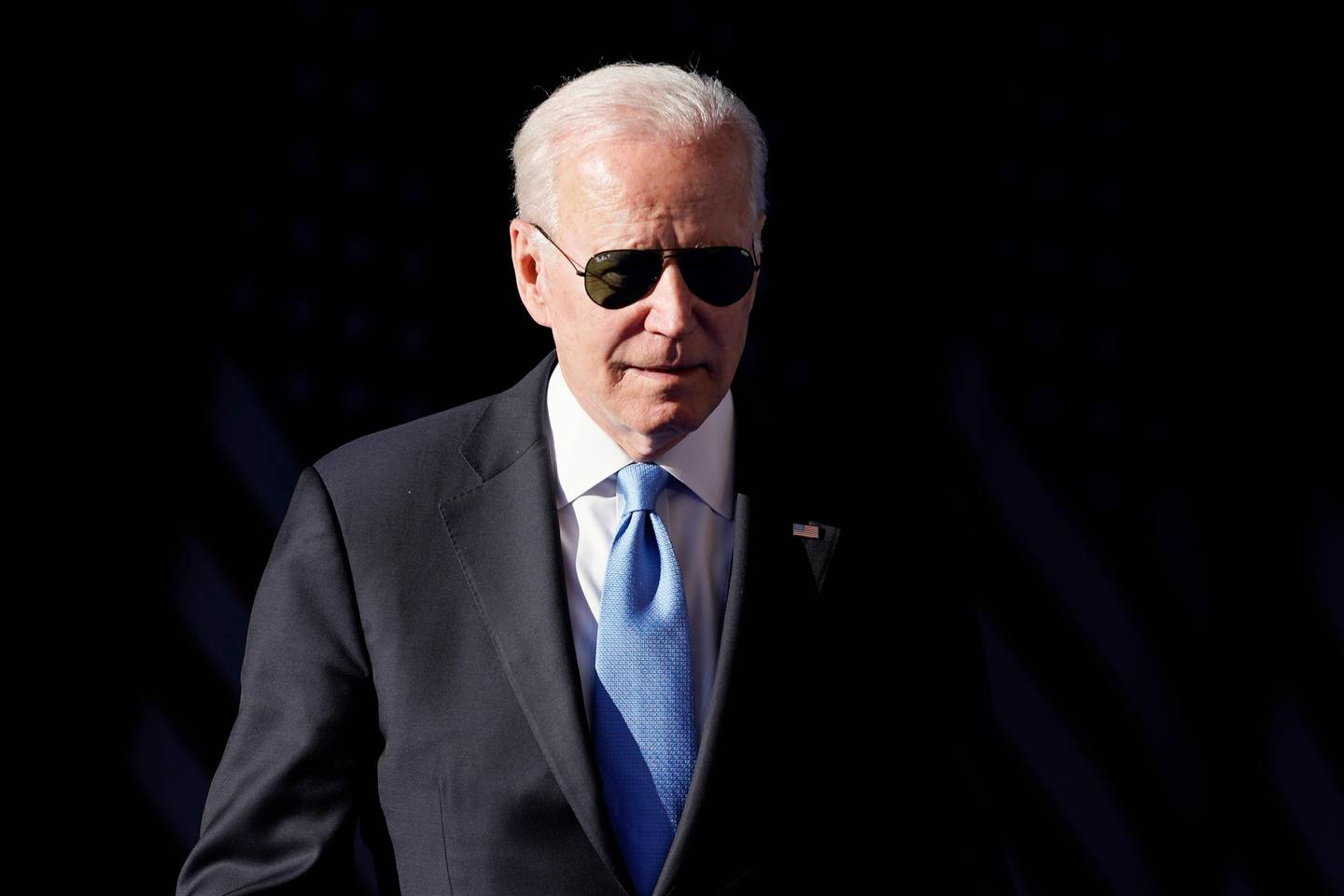 US President Joe Biden arrives to speak at a news conference after meeting with Russian President Vladimir Putin. (Photo / AP)

Washington broke off talks with Moscow in 2014 in response to Russia's annexation of Ukraine's Crimea and its military intervention in support of separatists in eastern Ukraine. Talks resumed in 2017 but gained little traction and failed to produce an agreement on extending the New START treaty during the Trump administration.

The Russian president said there was an agreement between the leaders to return their ambassadors to their respective postings. Both countries had pulled back their top envoys to Washington and Moscow as relations chilled in recent months.

Russia's ambassador to the US, Anatoly Antonov, was recalled from Washington about three months ago after Biden called Putin a killer; US Ambassador to Russia John Sullivan left Moscow almost two months ago, after Russia suggested he return to Washington for consultations. Putin said the ambassadors were expected to return their posts in the coming days.

Biden said he and Russian President Vladimir Putin discussed in detail the "next steps our countries should take on arms control measures" to reduce the risk of war.

At his news conference, Biden said this meant diplomats and military experts from both countries will meet for what he called a "strategic stability dialogue" to lay the groundwork for future arms control and risk reduction measures.

He did not say when the talks would begin. The idea is to work out a way to set the stage for negotiations on an arms control deal to succeed the New START treaty, which is due to expire in 2026.

Putin also said the two sides agreed in principle to begin consultations on cybersecurity issues, although he continued to deny US allegations that Russian government was responsible for a spate of recent high-profile hacks against business and government agencies in the United States and around the globe. Russian President Vladimir Putin speaks during a news conference after his meeting with US President Joe Biden at the 'Villa la Grange' in Geneva. (Photo / AP)

Biden said he and Putin agreed to further discussions on keeping certain types of critical infrastructure off-limits to cyberattacks. Biden also said they will have additional talks on the pursuit of criminals carrying out ransomware attacks.

Biden told reporters that 16 types of critical infrastructure should be off limits to cyberattacks, "period." He said that includes the energy and water sector.

It comes after a ransomware attack in May on one of the largest pipeline operators in the US forced the shutdown of fuel supplies to much of the East Coast for nearly a week. That attack is blamed on a Russian criminal gang. Russia has not cooperated with criminal investigations of ransomware and does not extradite suspects to the US.

"I pointed out to him, we have significant cyber capability," Biden said. "In fact, [if] they violate basic norms, we will respond. ... I think that the last thing he wants now is a Cold War."

The meeting in a book-lined room had a somewhat awkward beginning — both men appeared to avoid looking directly at each other during a brief and chaotic photo opportunity before a scrum of jostling reporters.

Biden nodded when a reporter asked if Putin could be trusted, but the White House quickly sent out a tweet insisting that the president was "very clearly not responding to any one question, but nodding in acknowledgment to the press generally."

Their body language, at least in their brief moments together in front of the press, was not exceptionally warm.

The two leaders did shake hands — Biden extended his hand first and smiled at the stoic Russian leader — after Swiss President Guy Parmelin welcomed them to Switzerland for the summit. When they were in front of the cameras a few minutes later — this time inside the grand lakeside mansion where the summit was held — they seemed to avoid eye contact.

For months, Biden and Putin have traded sharp rhetoric. Biden has repeatedly called out Putin for malicious cyberattacks by Russian-based hackers on US interests, for the jailing of Russia's foremost opposition leader and for interference in American elections.

Putin has reacted with whatabout-isms and denials — pointing to the January 6 insurrection at the US Capitol to argue that the US has no business lecturing on democratic norms and insisting that the Russian government hasn't been involved in any election interference or cyberattacks despite US intelligence showing otherwise.

In advance of Wednesday's meeting, both sides had set out to lower expectations.

Even so, Biden said it was an important step if the United States and Russia were able to ultimately find "stability and predictability" in their relationship, a seemingly modest goal from the president for dealing with the person he sees as one of America's fiercest adversaries.

Arrangements for the meeting were carefully choreographed and vigorously negotiated.

Biden first floated the meeting in an April phone call in which he informed Putin that he would be expelling several Russian diplomats and imposing sanctions against dozens of people and companies, part of an effort to hold the Kremlin accountable for interference in last year's presidential election and the hacking of federal agencies.

The White House announced ahead of the summit that Biden wouldn't hold a joint news conference with Putin, deciding it did not want to appear to elevate Putin at a moment when the US president is urging European allies to pressure Putin to cut out myriad provocations.

Biden sees himself with few peers on foreign policy. He travelled the globe as a member of the Senate Foreign Relations Committee and was given difficult foreign policy assignments by President Barack Obama when Biden was vice president. His portfolio included messy spots like Iraq and Ukraine and weighing the mettle of China's Xi Jinping during his rise to power.

He has repeatedly said that he believes executing effective foreign policy comes from forming strong personal relations, and he has managed to find rapport with both the likes of Turkey's Recep Tayyip Erdogan, whom Biden has labeled an "autocrat," and more conventional Western leaders including Canada's Justin Trudeau.

But with Putin, who he has said has "no soul," Biden has long been wary. At the same time, he acknowledges that Putin, who has remained the most powerful figure in Russian politics over the span of five US presidents, is not without talent. 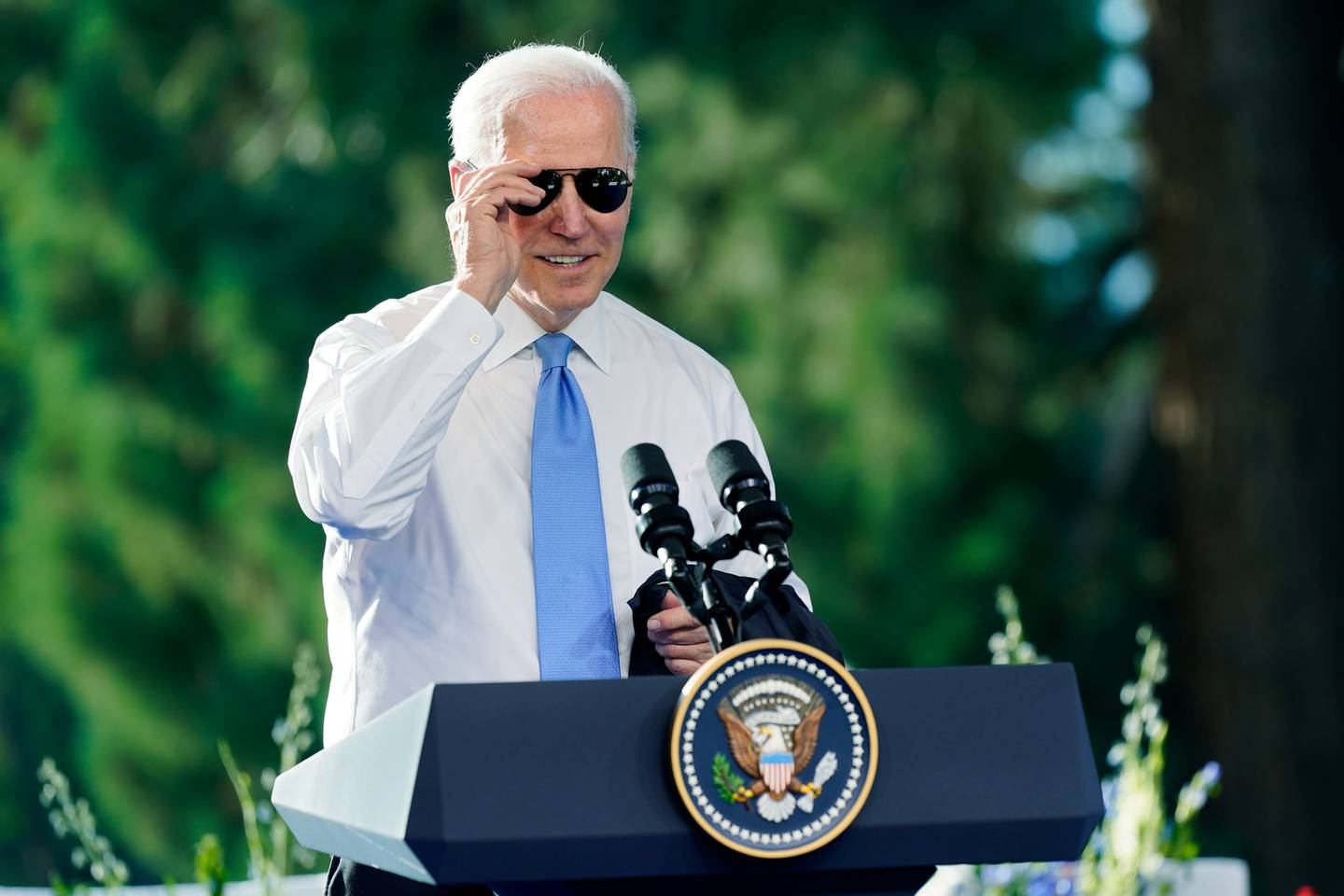 President Joe Biden puts on his sunglasses toward the end of a news conference after meeting with Russian President Vladimir Putin. (Photo / Patrick Semansky, AP)

Biden had prepared for his one-on-one by reviewing materials and consulting with officials across government and with outside advisers. Aides said the level of preparation wasn't unusual. Biden, in a brief exchange with reporters upon a rriving in Geneva on Tuesday night, sought to offer the impression that he wasn't sweating his big meeting.

"I am always ready," Biden said.