The family was returning home to the North Island after attending a loved one's funeral in Dunedin.

It is understood that they belong to a large extended family, with many last night yet to be informed of the tragedy.

The crash, one of the worst road accidents in recent New Zealand history, has devastated first responders and local residents, some of whom heard the sickening impact from their homes.

Seven people, including an infant, were killed "in the blink of an eye" when their silver mini-van appears to have crossed the centreline on State Highway 1 south of Picton about 7.30am and collided with the truck.

Shaken locals reported hearing loud bangs and emergency services were met with what they described as "absolute carnage".

The huge collision tore the van open and left the mangled vehicle completely destroyed.
Specialist police investigators, including staff from Marlborough Disaster Victim Identification, were picking over the wreckage yesterday, trying to piece together the deadliest crash on New Zealand roads since April 2019, when eight people died in a horrific head-on collision near Taupō.

The worst accident prior to that was in 2005 when nine people died after their tourist bus collided with a logging truck near Morrinsville. Speaking at a press conference yesterday afternoon, Marlborough area commander Inspector Simon Feltham and Tasman district commander Inspector Paul Borrell said yesterday's crash was "a horrific thing to have to deal with".

"[It's] a reminder for every single one of us, in the blink of an eye seven lives are gone," said Borrell.

The road — the main artery between Blenheim and the ferry port of Picton at the top of the South Island — remained closed throughout the day, disrupting Cook Strait ferries and backing up dozens of long-haul trucks. 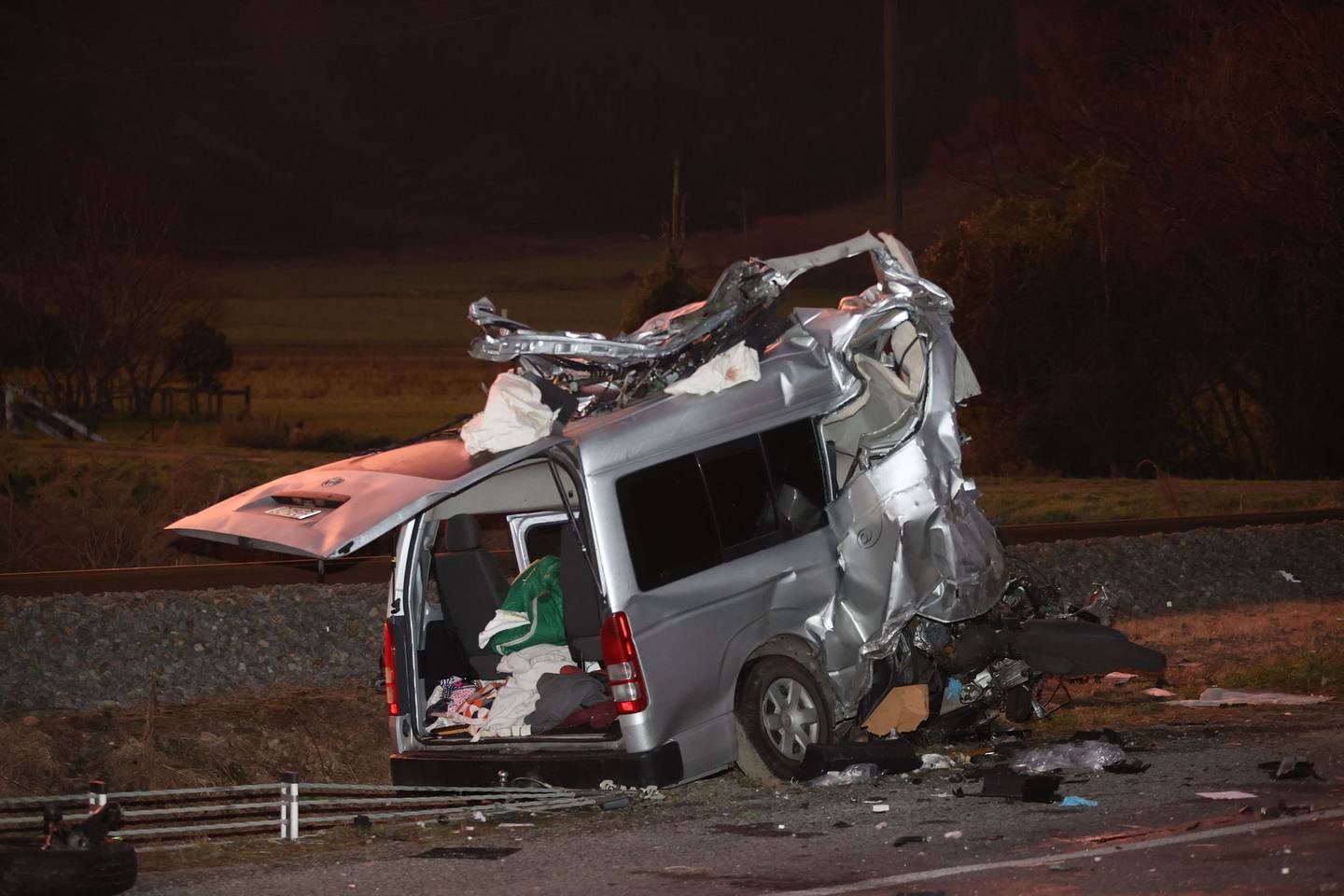 Two people from the van were flown to Wellington Hospital with serious injuries, while the truck driver had minor injuries.

A St John ambulance official who was on the scene praised bystanders who quickly stepped in to offer first aid before first responders arrived.

"We had some people with medical training who did a really good job in trying circumstances," Murray Neal, who serves as a territory manager for St John Ambulance, told the Herald.

He said that because of their medical training they were able to continue helping even after paramedics arrived at the scene.

In a statement last night, a spokesman for Big Chill Distribution, whose truck was involved in the collision, said: "We have been devastated to hear of the accident and our condolences go out to the families of those affected.

"We are and will continue to work with our contractors and the police to assist while they carry out the investigation. Our immediate focus at this stage is providing assistance and ongoing support to the Big Chill driver who has now been released from hospital."
Late yesterday, police officers escorted a Herald photographer and journalist close to the crash scene to highlight the devastating aftermath.

While bodies were removed from the scene into hearses about 5pm, debris from the massive impact was still strewn across the highway. Hundreds of pieces of metal, plastic, glass, rubber and broken electrics littered the road.

There were also personal items like cans of energy drink, a single toilet roll and blue face mask.

The van was a twisted, mangled mess on the side of the road.

The Big Chill truck, with a badly-damaged front end, sat around 50m up the road, and was being winched out of the ditch as darkness fell. 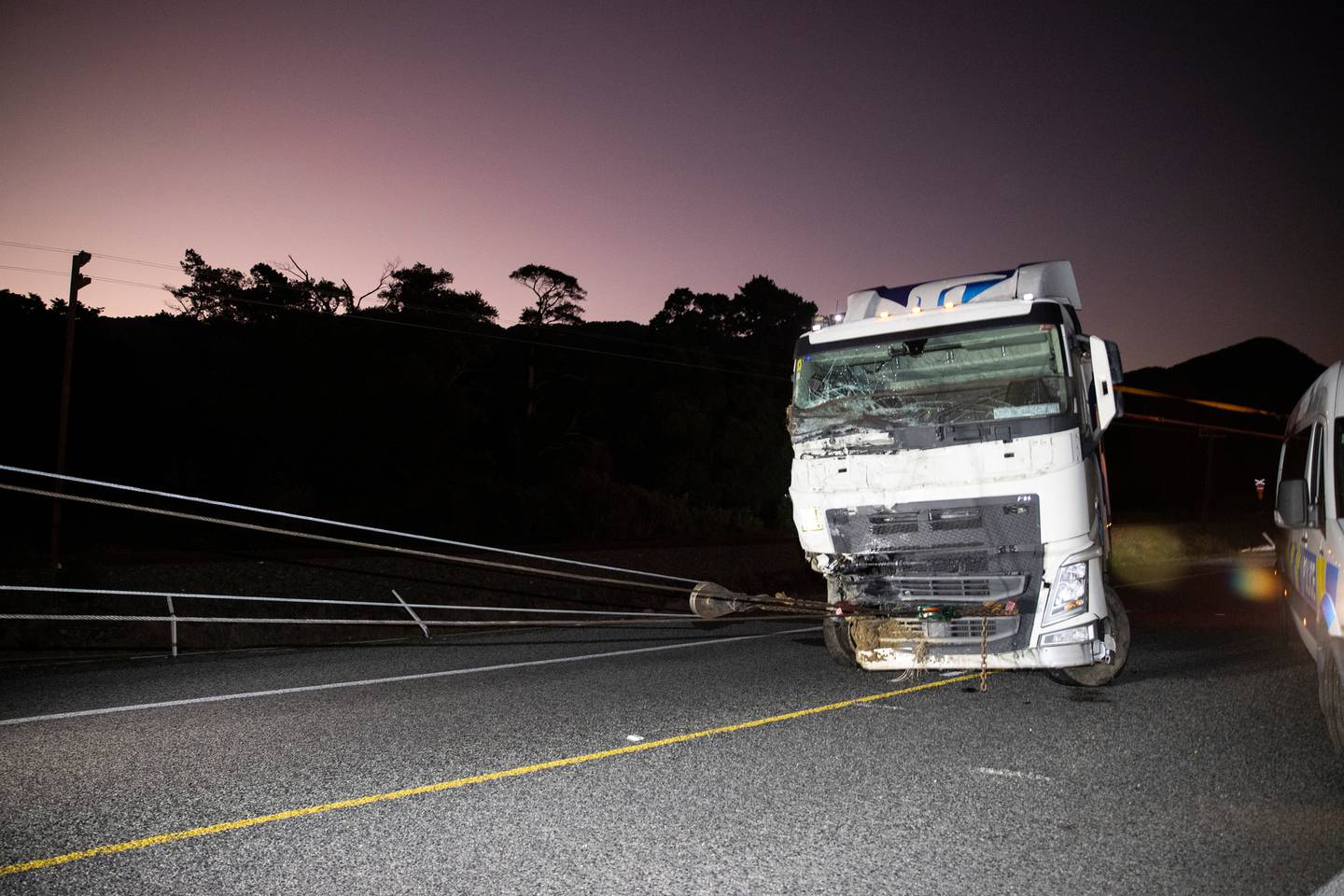 Two people from the van were flown to Wellington Hospital with serious injuries, while the truck driver had minor injuries. Photo / George Heard

Koromiko resident Trish Rawlings said she heard two big bangs outside about 7.45am, followed by sirens.

She went out to see the truck lying on its side on SH1, surrounded by police, ambulances and fire trucks.

"A truck ... had gone through the railings," she said. "It was sitting between the railings and the railway line, facing Blenheim direction."

After walking closer she could see what looked like a van with its boot open, obscured by ambulances.

Rawlings later said the scale of the tragedy was really starting to sink in.

"I actually had to go for a walk to try and get away from it," said Rawlings.

"Reality hits after a while and you think, 'Oh my god, seven people have died not far from where we live'. It's really horrible."

Other locals who live across the road also heard the horrendous bang of the impact but didn't know what it was.

They didn't go to the scene and didn't want to comment out of respect for the family of the dead.

Another local who didn't hear the crash only noticed something was going on when a helicopter flew overhead.

He said the stretch of road wasn't the problem but often people going to or from the ferry were fatigued or "in a rush to get ahead".

Marlborough mayor John Leggett said the stretch of road was well-travelled, and not just by tourists, but by many locals who had been "deeply affected" by the "absolute tragedy".
"We just can't know what it must be like for the families involved. It's just unimaginable," Leggett said.

He knew many of the local police officers and firefighters who would have attended the crash aftermath.

"To confront a scene like this must have a real effect on them. It reaches out to a lot of people." 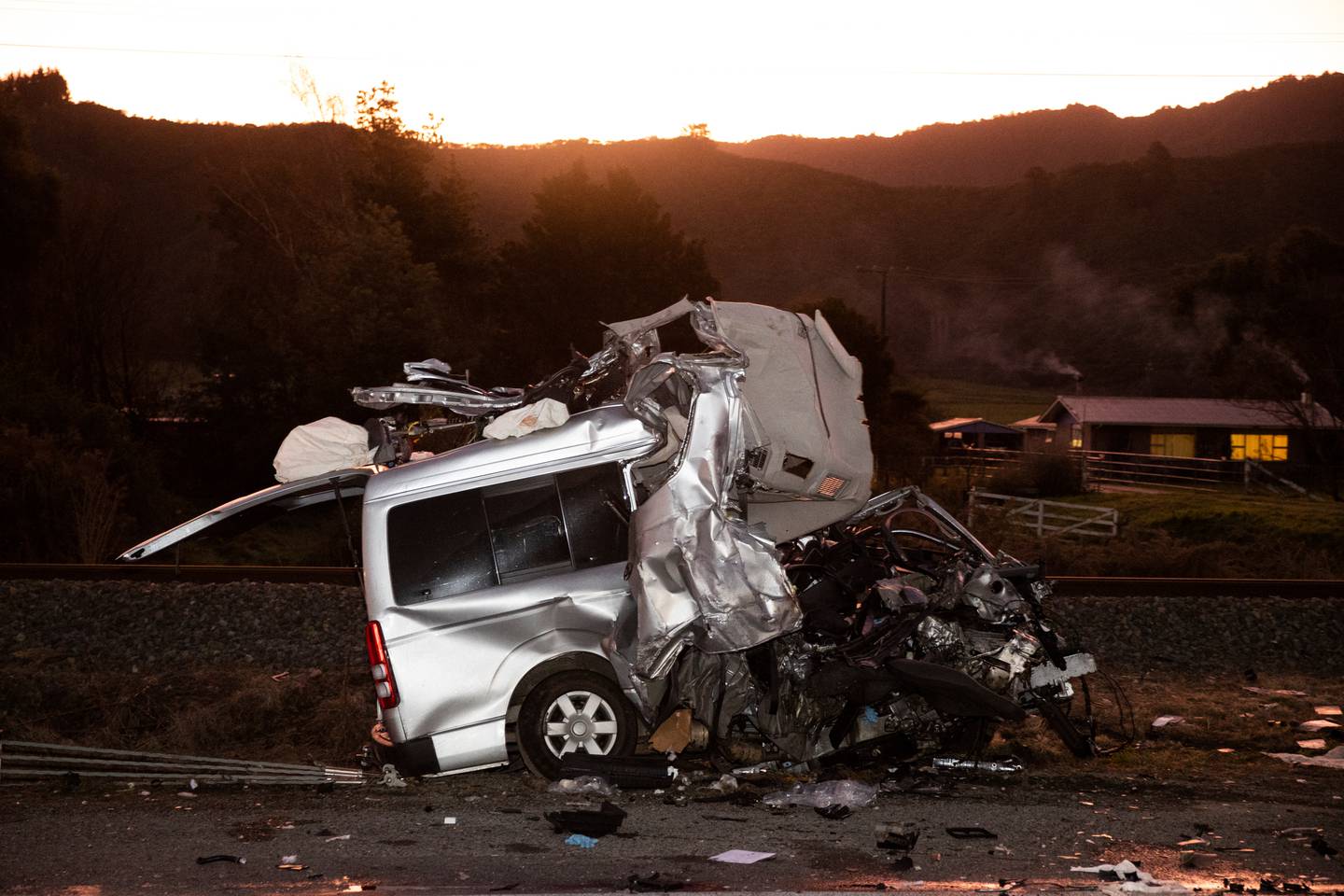 Seven people have died after a van crashed into a truck on State Highway 1 south of Picton on Sunday morning. Photo / George Heard

The bodies were being transported to Christchurch.

Last night, police said they were still working to notify next of kin, with officers in Canterbury assisting with the task.