Team New Zealand boss Grant Dalton says he came face-to-face with one of the alleged spies thought to be leaking vital information about the organisation.

Asked whether he confronted the would-be mole himself, he said: "Oh, absolutely."

"Something like that, quite simply, you ask the question: 'Were you the leak'? And of course you're going to get an answer: 'No'. And you're looking for body language et cetera.

"The body language was straight - you couldn't have told from that. But they realised the game was up at that stage and within 48 hours, we knew."

Dalton, speaking to Newstalk ZB's Mike Hosking this morning, would not say how many people they thought might behind leak allegations, but confirmed that they were not dealing with a single person.

The interview comes after it was revealed yesterday that Emirates Team NZ had ended a contract after claims spies were caught leaking confidential information and spreading inaccurate allegations about the team.

The contractor involved has not been named.

The Ministry of Business, Innovation and Employment - the lead agency staging the 36th America's Cup competition next year - confirmed last night that it was investigating claims relating to the organisation of the event.

Dalton said they were unsure whether the people involved had been planted or simply took the opportunity when they started working in and around the organisation.

"It's hard to believe it would be a plant. But you know, when you get inside an organisation like ours and you've got pretty much free access, you know, it can do things to people."

Dalton revealed members of the team became suspicious about December last year when actions did not feel what he described "team-dynamically right".

He described a plan that involved placing one of the people they were suspicious of into a smaller circle. 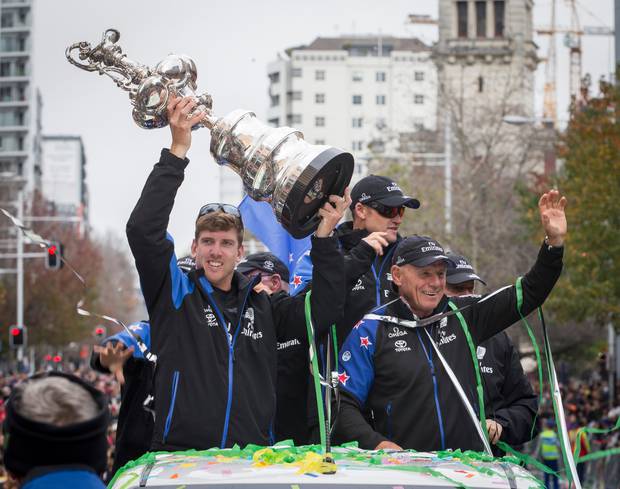 "We placed one of them effectively inside the main organisation literally just outside my office in with some guys - obviously all our guys we trust, but [who] knew what the game was.

"Then once when I was informed effectively out of Europe, the game was up at that stage."

Dalton would not divulge exactly who those alleged spies were and said they were not 100 per cent sure about what information those involved got.

"But what I do know is that I think the game was up quicker than they expected simply because information that I knew could only come from one source was fed back to me from Europe."

Allegations of spying nothing to do with team itself

Dalton stressed that the allegations of spies had nothing to do with Team New Zealand itself and its members.

"But the event is housed in the same building. Maybe in hindsight, that's not the right way to do it.

"However, in a million years, you couldn't expect this was happening. Everybody else is straight as a die and here to hold on to the America's Cup.

"So, if there's a failing, it would simply be that probably we shouldn't have housed the two together," he told Hosking.

"But again, you just can't foresee this sort of thing. And you don't want to believe it until you have proof that it's true."

The situation is now being handled by the team's lawyers - whom they had spent days with, he said.

He did, however, say that Team NZ did not have any intention to take the matter any further at this point. But he acknowledged that was not necessarily their call.

"The bottom line is it's solved, we've done it, we've sorted it. We've had nothing but help from the Government. They've been brilliant through this, through the process.

"We've just got to finish that process off and get some new people and get on with it."