Relief for both employers and people on temporary work visas.

The Government's announced some short-term changes to visa settings.

Temporary work visas due to expire by the end of the year will be extended by six months.

The national announcement was made by Immigration Minister Iain Lees-Galloway.

Lees-Galloway also announced the cap on the number of workers allowed into NZ scheme will no longer rise as intended next year.

Each year up to 14,400 workers, mainly from Pacific Island nations, arrive in New Zealand to fill seasonal labour shortages in the horticulture and viticulture industries.

Lees-Galloway said around 9000 seasonal workers were still in New Zealand, a number of those stranded with no flights home and no way to support themselves after the harvest season had ended. 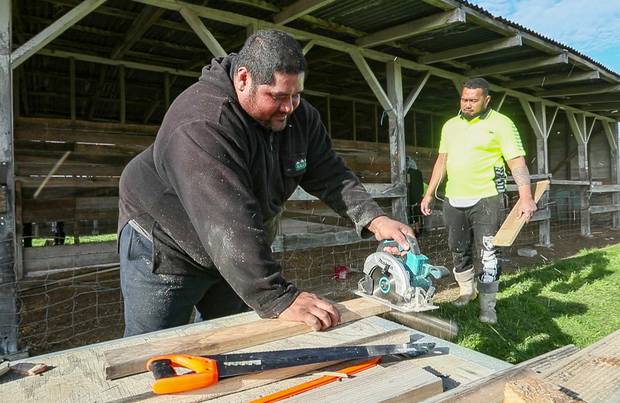 "The Government is supporting Pacific Island governments to repatriate their citizens but many are expected to remain in New Zealand for some time," he said.

"RSE visas limit workers to specific work, which is now drying up.

"The RSE scheme is part of our special relationship with the Pacific. As a country, we have a responsibility to support these workers and their employers, whose pastoral care responsibilities include accommodation for the workers."

The responsibility remained with RSE employers to comply with employment law and pastoral care requirements, he said.

"We are facing a rise in unemployment among New Zealanders and we expect more New Zealanders to be available for work next season," said Lees-Galloway.

"For this reason, the Government has decided to keep the RSE scheme annual cap at 14,400 for the next year.

"This is not what we originally announced and planned but we anticipate that more New Zealanders will be available to do this work next year so we could not justify another increase of the cap as we originally planned.

"I want to give employers in the horticulture and viticulture industries as much certainty as possible in uncertain times, so I have taken the decision now even though next seasons workers will only be able to enter New Zealand when it is safe to relax border restrictions.

Horticulture New Zealand chief executive Mike Chapman said while HortNZ welcomed increased government support and flexibility for RSE workers who are still in New Zealand waiting for repatriation back to the Pacific, the decisions should have come a lot earlier.

"While local communities have rallied to support RSE workers, government's delays have caused RSE workers and their employers unnecessary anxiety and cost."

Chapman said out of the approximately 9000 RSE workers still in New Zealand, 4000 were waiting to get home.

"'Summerfruit NZ, NZ Apples and Pears, NZ Kiwifruit Growers Incorporated and HortNZ have worked in partnership with the Government to find ways to get these workers home safely and as quickly as possible," he said.

"More than 1000 RSE workers have made it home thanks to these efforts, which continue."

He said while it was good these workers were now going home, it was important the RSE scheme, operating for more than 10 years, continued as it supported both New Zealand and the Pacific nations.

"As horticulture spearheads New Zealand post-Covid recovery, skilled RSE workers in similar numbers to this year will be needed to complement the New Zealanders entering the horticulture industry for the first time," Chapman said.

"At the same time, the RSE scheme is vital to the Pacific. The scheme enables these workers to earn money to support their families back home, set up businesses, and build storm-proof houses, schools and community facilities."

From July 1, struggling foreign nationals could also apply for assistance to meet basic needs including food and accommodation, with the aid of DIA and Red Cross.

The programme will run for three months.

Internal Affairs deputy chief executive Maria Robertson said the assistance would help those who had found themselves in a difficult position in New Zealand.

"There are people in Aotearoa on temporary visas, who are unfortunately unable to meet their own basic needs and have exhausted all other options," she said.

Stranded RSE workers will be able to work part-time (a minimum of 15 hours per week) and with no limit on roles that they can do.

The workers will need to have an employment agreement with an RSE employer, who will need to continue to honour commitments under the RSE scheme.

Any additional time an RSE worker spends in New Zealand will not count towards the time they would ordinarily have to spend overseas before they can return for seasonal work.