The Government has unveiled how it plans to rid New Zealand of possums, rats and stoats by 2050 – but there's no specific mention of contentious gene-editing technology that many scientists say will be needed.

The Predator Free 2050 strategy, being formally launched this morning by Conservation Minister Eugenie Sage, sets out a basic structure for the ambitious mission, while an accompanying action plan focuses on work for the next five years.

The 2050 goal, first announced by the previous National-led government in 2016, forms one of New Zealand's principal efforts to turn the tide on pests killing some 25 million native birds each year.

The just-released strategy focused on three steps: mobilising groups and setting up collaborations around the country; developing "new and transformational tools and techniques" that'll be required to eradicate the pests; and then applying these at scale across the countryside.

It was developed by the Department of Conservation after consultation with iwi, and input from scientists and environment groups.

Sage said the programme was a world first: "There is no map to guide us, and it is an iterative process."

It drew on what had been learnt from successful projects to date on offshore havens, Mt Taranaki, and in the South Island's Mackenzie Basin through the Te Manahuna Aoraki partnership.

"It involves changing what we do as we learn more and improve existing tools and methods."

The action plan, meanwhile, focused on seven specific goals for 2025: among them, increasing by one million hectares the area of New Zealand where predators were suppressed and proving that they could be wiped out and then kept out of at least 20,000ha of mainland countryside. 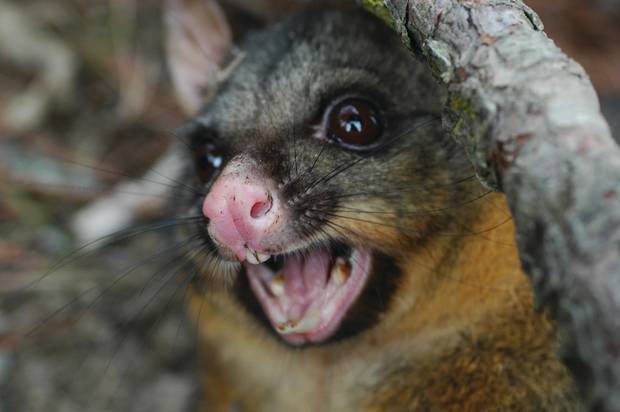 Within five years, the Government also wanted to finish the job of clearing all of our islands – one that was started more than half a century ago – and to have driven possums or mustelids like stoats out of at least one city.

Further, it wanted to see a "breakthrough science solution" capable of removing at least one small mammal predator from the mainland.

Yet the plan didn't go as far as singling out gene editing, which carried the potential to knock down populations by boosting the chance of certain genes being inherited, or by "silencing" gene sequences unique to particular pest species.

Among other points, that was something that stood out to Lisa Ellis, a Professor of Philosophy and Politics at the University of Otago.

She noted that, under current technology, hitting the 2050 goals would not only be unlikely to succeed, but would also be extremely expensive.

Of all technologies on the horizon today, she said, only gene editing offered the prospect of potentially affordable and effective eradication.

A leading University of Auckland conservation biologist, Associate Professor James Russell, also noted the strategy didn't give any directive on what tools should be specifically invested in – like gene editing – or which might continue to be used, like 1080.

"At this stage the strategy identifies that further research and community discussion is required to better understand the specificities of using particular tools at certain sites." "There is no map to guide us, and it is an iterative process," Conservation Minister Eugenie Sage says of the plan. Photo / NZ Herald

While breakthroughs in gene editing were likely to be made overseas first, recent Department of Conservation research had offered a glimpse at how Kiwis might feel about it being used here.

It suggested just a third of people supported gene drive tech being used in conservation, and that attitudes weren't built off scientific knowledge alone and were "heavily influenced" by worldviews.

Sage said there needed to be public discussion "well ahead" of any genetic technology research here.

"Gene editing and gene drive technology is a contentious area, and it is vital any such technologies are well considered."

In any case, the Government has no plans to overhaul laws around gene editing, despite calls from the scientific community, and an appeal by conservation heavyweight Sir Rob Fenwick to at least have a conversation.