Possums, stoats and rats have been singled out as conservation's public enemies – but a leading scientist has pointed out the devastating impact of another pest.

A new study has laid bare the havoc wreaked by mice on the now-cleared Antipodes Island, 860km south of New Zealand.

Researchers were prompted to look at how the tiny menace had been hurting the rugged, windswept island's world-famous ecosystem, after seeing the toll they'd taken on the similarly remote Gough Island in the South Atlantic.

While their 2011 survey didn't find the same level of damage on Gough, where large mice have been killing millions of seabird chicks, they did find a clear impact on invertebrate species.

Five years later, as the Department of Conservation mounted a massive operation that eventually wiped out the island's 200,000-strong mouse population, the research team visited nearby islands that had already been cleared to make a comparison. "Using stable isotope analysis we were able to track energy flow in the ecosystem and found that mice were switching between eating invertebrates and land birds in summer to plants and seabirds in winter," the University of Auckland conservation biologist said.

"They were predators of invertebrates - and competitors of land birds."

But the most surprising finding was the preference that mice had for certain prey – namely amphipods, moths and beetles.

"Whereas these species would be super-abundant on mouse-free islands, on the main island mice had eaten them almost completely to extinction, and once one species was gone they'd move to the next most appetising one," he said.

"We suspect that it was only a matter of time before they moved on to the seabirds, but had not yet because they had only been on Antipodes Island for a relatively short time since they shipwrecked in the early 20th century."

For the New Zealand mainland, where an estimated 26 million native birds are killed by pests each year, the findings had deeper implications.

"When left alone on an island, it is probably only a matter of time before mice can have impacts similar to larger mammals such as rats," Russell said. 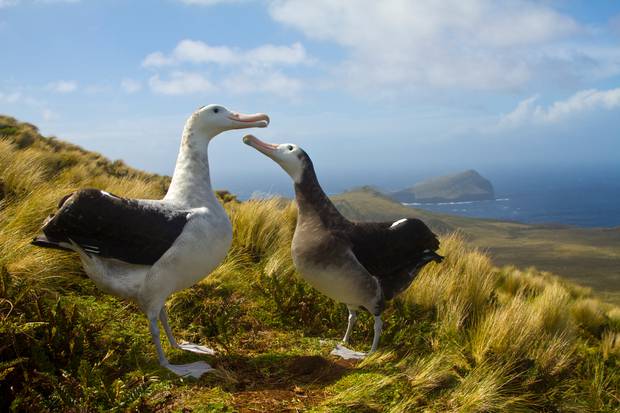 The Antipodes Islands are home to some colourful seabird species. Photo / James Russell

"These impacts aren't noticed when other species such as rats and cats are present, but should those larger species be removed, mice could explode in numbers and have serious impacts on birds."

He felt this was something that would need to be taken into account after the Predator Free New Zealand effort, which aimed to eliminate possums, stoats and rats from the mainland by mid-century.

"Once rats and possums are gone, we will need landscape tools to control mice."

But the study, just published in the journal Biological Invasions, did offer some positives.

"Antipodes Island showed mice can be eradicated from large islands and the native species and ecosystem recover quickly," Russell said.

"The sooner we eradicate mice the better, to prevent their impacts changing and growing over time.

"We need to include mice in our predator eradication strategies, such as ensuring they are eradicated at the same time as cats and pigs from Auckland Island." 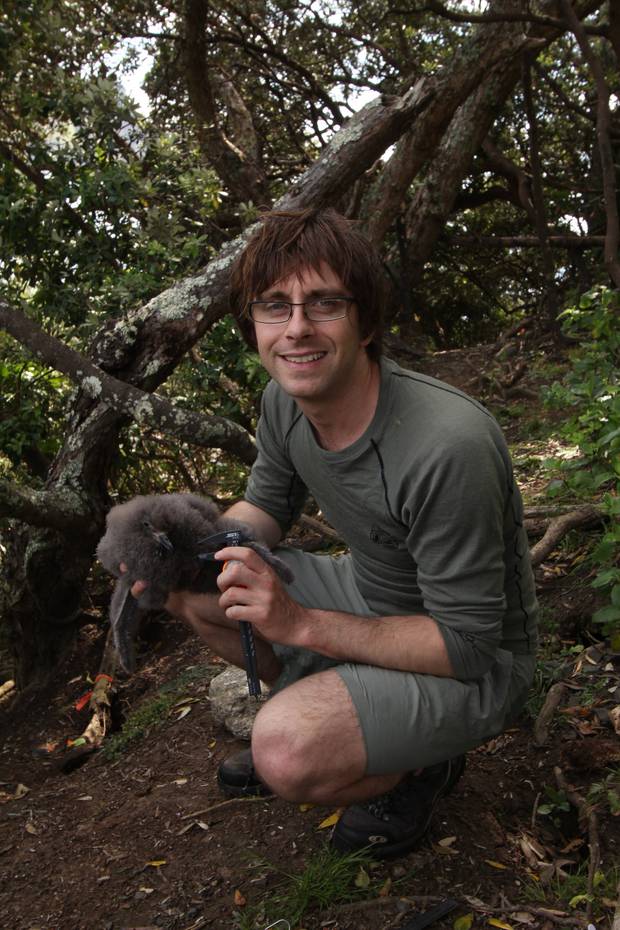 "The sooner we eradicate mice the better, to prevent their impacts changing and growing over time," Dr James Russell says. Photo / Supplied

That island now happened to be the last in the New Zealand subantarctic World Heritage Area with introduced mammals.

In another recent study, Russell and colleagues showed how sweeping mice from the island would likely be successful if based on a much more conservative sowing rate of poison - enabling the entire island to be treated in one season.

"Having completed two years of research and development on Auckland Island, we now know eradication of all introduced mammals is feasible and are in a position to ask the New Zealand public if this is a project they want to see the Government support, just as they did for the Million Dollar Mouse Campaign on Antipodes Island."

"A feasibility study with extensive field trials over the past two years was completed in October 2019 and concludes that it's technically possible to remove all three pests from the island," he said.

"DOC and Ngāi Tahu are currently assessing funding options to take the project forward and enable pest eradication to be undertaken."

Such an operation would effectively be a scaled up version of the mouse eradication on Antipodes Island, which was nearly 22 times smaller.

"The logistics are hugely challenging, requiring more helicopters, time and resources than Antipodes," he said.

"This would be the largest mouse eradication ever attempted."