Director general of health Dr Ashley Bloomfield, speaking this morning with NewstalkZB's Mike Hosking, revealed there were no new cases reporter in the community overnight.

"So far, so good - in that we haven't been notified about any positive tests," he said.

Bloomfield noted that everyone was watching for positive results, with today being a pivotal day. Wastewater testing, which was also an important signal, would also deliver test results today.

It was important to act early and decisively to get ahead of any outbreak, particularly one connected to a much more contagious variant, Bloomfield said.

People who used the men's toilets at Wellington Airport are being told to get tested after a new potential infection exposure site was added to the list of places visited by a Covid-infected Australian tourist.

Health officials are still to learn if genome results of the Sydneysider who holidayed in Wellington over the weekend are the more contagious Delta Variant. It was taking longer to get the genome sequencing results for the infected Sydney man as staff in the laboratory in Australia were unwell.

The latest addition to the locations of interest involves the men's toilets on the first level a the southern end of the Domestic Concourse.

Anyone who used the public bathroom between 9.15 - 9.30 am on June 21 is being asked to stay home and get a test around day 5. If that test is negative they are asked to self-monitor for Covid-19 symptoms for 14 days.

Wellington is now entering its second day at level 2, which remains in force until 11.59pm on Sunday, following no positive results yesterday after 2100 tests across the region.

By last night Australian health officials had still not shared the results of genome testing, however, Covid-19 Response Minister Chris Hipkins earlier said the Government was working on the basis that the infected man had the more deadly variant.

ESR was now also carrying out daily tests on water samples from the Wellington region. The Health Ministry said so far nothing of concern had been detected.

Yesterday New South Wales health officials confirmed an epidemiological link of the infected tourist to the Bondi cluster, providing reassurance the person did not contract Covid in Wellington.

So far, 420 people have been identified as contacts – of those, 167 have been tested, 15 have returned a negative result, and the remaining were still waiting for results. 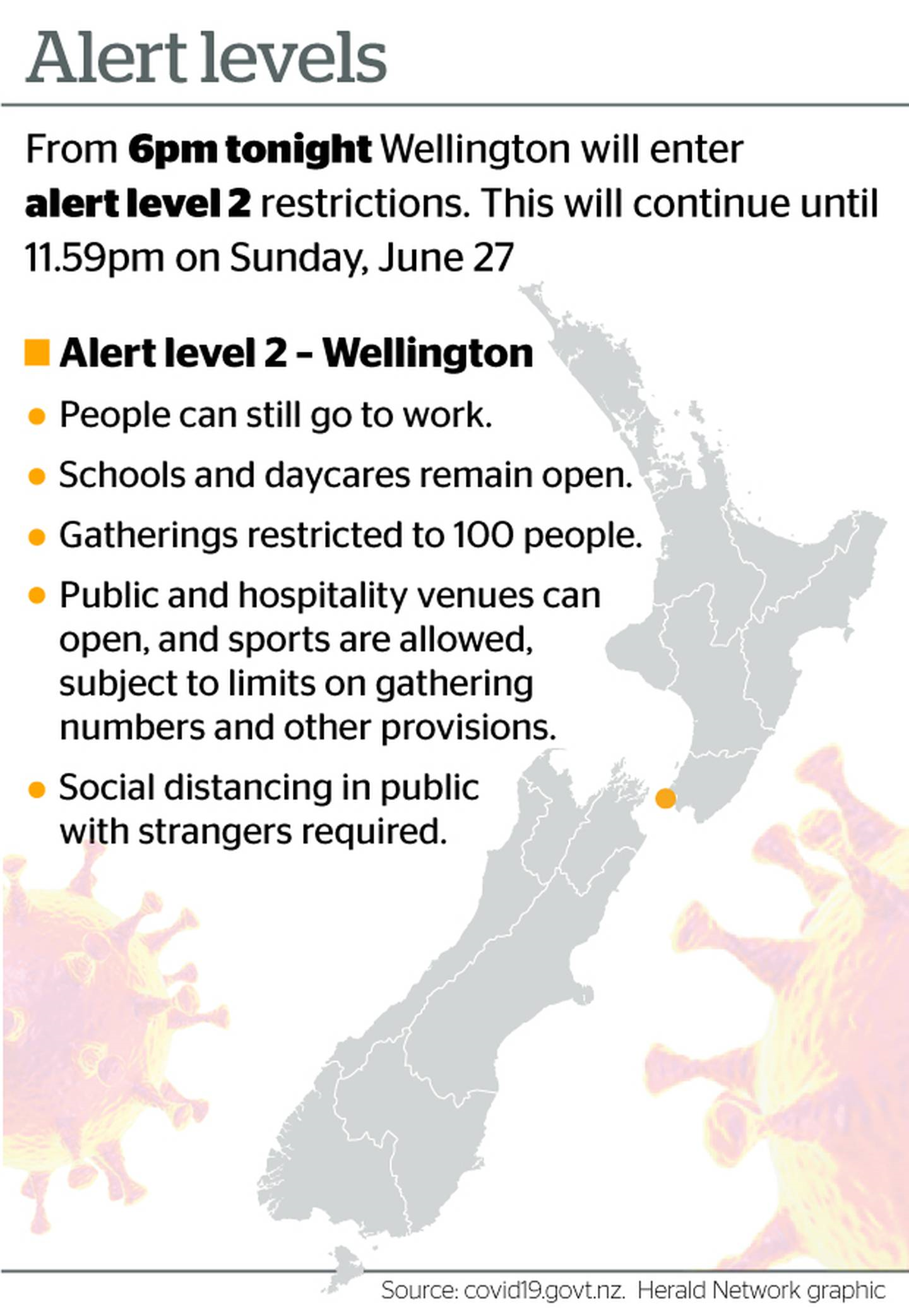 The ministry urged Wellingtonians to check locations of interest.

People who had been at these locations at the relevant time should immediately isolate at their home or accommodation and contact Healthline for advice on testing.

Experts said it was likely anyone who had caught Covid from the tourist would start to show signs of infection from today.

Professor Michael Plank said it usually takes five days after exposure for high levels of virus to show up and return a positive test.

Testing yesterday and today marked five days on from Saturday and Sunday, when the infected Sydneysider visited dozens of locations around Wellington.

The results from those tests will be known today and Saturday.

"Within the next 48 hours, we'll have a clearer picture of whether there has been community transmission," Plank said.

Meanwhile, the Government yesterday extended the pause on flights to New Zealand from Sydney for a further 12 days, following the four community cases in New South Wales that were not linked to the existing outbreak.