Experts are divided about the risk posed by a Covid-19 vaccination centre metres away from a quarantine facility's exercise area.

While one expert expressed concern about the arrangement in central Auckland, another expert was confident the risk was minimal, a view reinforced by those running the MIQ and vaccination facilities, who were confident in the risk assessment protocols in place.

It comes after reports released yesterday found aerosol transmission was the most likely cause of two instances of virus transmission between residents in the Grand Mercure and Grand Millennium Auckland quarantine facilities.

Both facilities would remain unoccupied until mid-June while their ventilation systems were upgraded.

Auckland resident Andrew Johnson aired his concerns after he arrived at the city's CBD vaccination centre for his first jab at the Atrium on Elliott shopping centre on Monday.

Entering from Albert St as opposed to the Elliott St entrance, the 41-year-old was shocked when he realised he was walking past potentially infectious MIQ residents in the exercise area at the Crowne Plaza hotel, which was in the same building complex as the shopping mall. 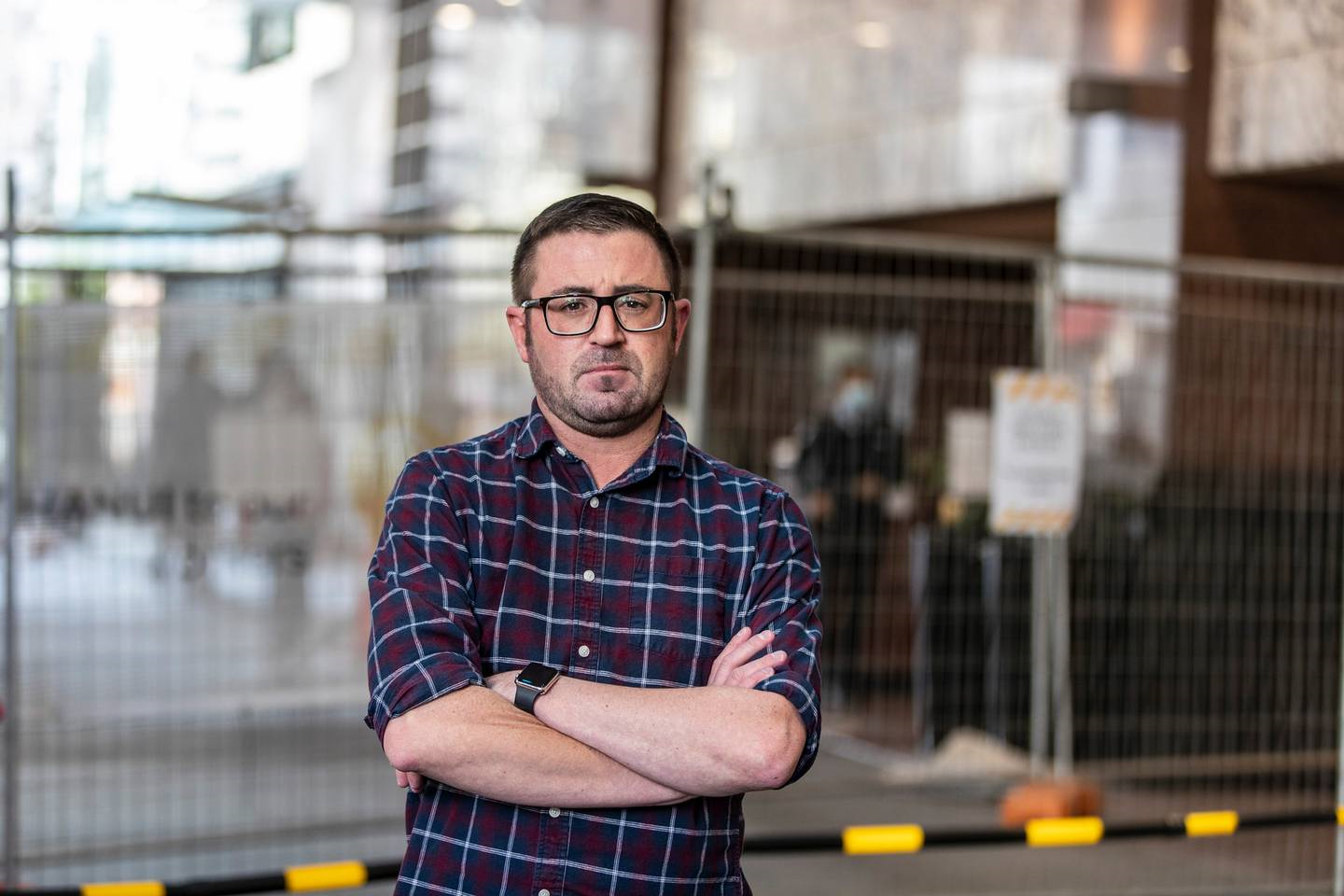 Andrew Johnson was shocked when he arrived at the vaccination centre to get his first jab. (Photo / Michael Craig)

People entering the shopping centre from Albert St are guided to walk alongside an outer fence which stands about two metres from an inner fence that borders the exercise area.

On Monday, Johnson saw people outside the area presumably talking to masked whānau and friends in the exercise area, both close to their respective fences. This was also witnessed when the NZ Herald visited the site yesterday.

Despite a strict policy for people to scan the Covid QR code before vaccination, Johnson claimed multiple people had not scanned in as they entered the site.

Johnson, who is immunocompromised, struggled to understand why a vaccination centre currently vaccinating New Zealand's vulnerable populations was situated so close to a MIQ facility, given the raft of breaches reported at other MIQ facilities.

"It was just the sheer stupidity of why out of all the places in central Auckland, they have put people who need to get vaccinated so close to those who are coming from Victoria [in Australia] or anywhere else in the world," he said.

While it did not dissuade him from getting vaccinated, Johnson strongly believed others with greater vaccine hesitancy would not feel comfortable visiting the site.

For Johnson, it was another pain point along his vaccination journey after being informed he qualified for a vaccination by Healthline because of his medical condition - only to be told the opposite when he called a Covid-dedicated helpline to book his vaccination.

After viewing an image of the Crowne Plaza's exercise area, University of Canterbury professor Michael Plank said there was some risk of virus transmission to the public, given the area was partially enclosed and evidence from prior reports of the virus staying present in the air for extended periods.

"The setup ... looks as though there is a risk of this sort of thing happening, which could result in the virus being spread from a MIQ resident to a member of the general public." University of Otago epidemiologist Philip Hill disagreed - saying the risk of transmission was as close to zero as people could hope for.

His judgment was based on a lack of evidence of transmission occurring from similar circumstances, that the exercise area was outdoors, and how MIQ exercisers were wearing masks and were closely monitored.

Fellow University of Otago epidemiologist Michael Baker said there were two important factors to consider - whether potentially infectious people were allowed in the area and if an infection prevention and control (IPC) audit had investigated transmission risk of this kind.

If no infectious people entered the area and it had been investigated, Baker was largely confident with the arrangement. 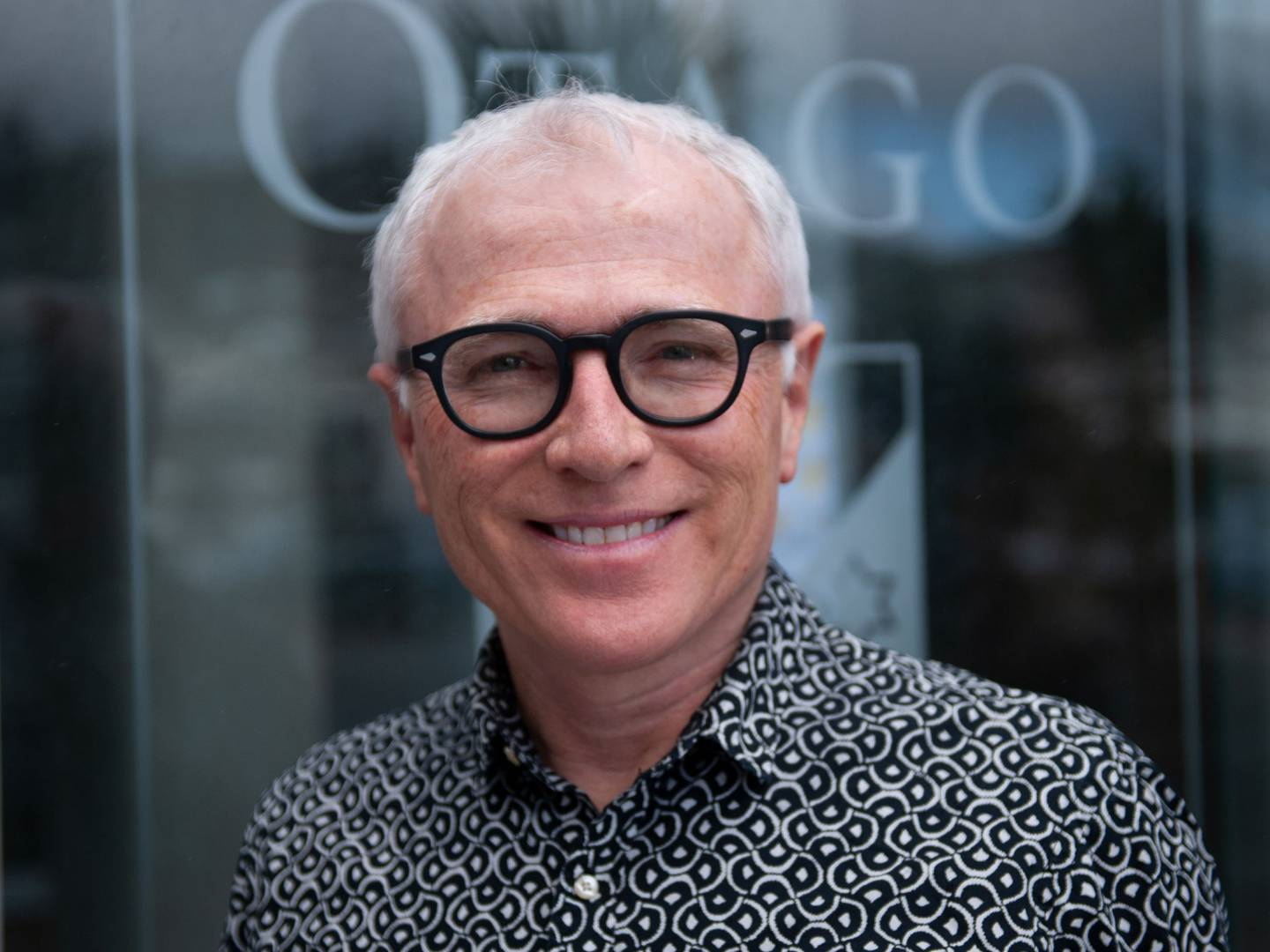 If the opposite was true, Baker believed a review should be undertaken to establish any potential risk to the public.

He also referenced the significant virus anxiety felt by some people, which might be heightened if they had to visit a vaccination centre next to a MIQ facility.

"I'm worrried about it, particularly because I think it will put people off getting vaccinated which we want people to do," he said.

A MIQ spokesperson said members of the public were allowed to talk to MIQ residents through the fences, but residents were required to wear a mask and remain at least two metres away.

However, this did not rule out the possibility of residents being allowed into the area while infectious.

A Ministry of Health spokesperson said a function of the IPC audits was to ensure MIQ exercise areas must not put the public at risk of catching the virus.

A Northern Region Health Co-ordination Centre spokesperson said the vaccination site had originally operated for border and MIQ workers in the CBD. It was closed in early April for a deep clean and assessment before it reopened to the community.

The spokesperson said standard procedures at the site included people being asked to scan the Covid QR code, before they are given a mask and hand sanitiser. The Crowne Plaza managed isolation facility is just metres away from the Auckland CBD vaccination centre, which is located in the Atrium on Elliott shopping centre. (Photo / Sylvie Whinray)