Today is the day the country will - once again - find out if it's moving up, down or staying at the same Covid-19 alert level.

Auckland, the epicentre of the second outbreak, has been at level 2.5 for two weeks now while the rest of the country sits down a notch at level 2.

What started as a sub-cluster in an Auckland church widened when it was revealed one member of the congregation had visited a grieving family.

Things were then complicated when it became apparent not all contacts in this sub-cluster had complied with public health requirements.

"I think we're all feeling like there's a lot still happening," he says. "I think it would be unlikely we move [today], but let's see what happens."

Yesterday, the Ministry of Health reported one case in managed isolation and another of a health worker in Auckland's Jet Park quarantine facility.

Otago University professor of public health Nick Wilson said Auckland is not ready to slide down the alert level scale, given the new cases.

"I think it would be pretty important to see a run of zero days and I think we're not really making proper use of masks in Auckland."

Wilson said masks were the key to any long term containment of the novel coronavirus in Auckland and beyond.

He said the Government should consider extending the requirement to wear them on public transport to all indoor spaces including supermarkets, workplaces and schools.

"I think that's the way to get very high levels of mask use and that would help speed progress. We're seeing progress with the slow decline in the number of cases but to really accelerate that progress we need to make best use of masks." 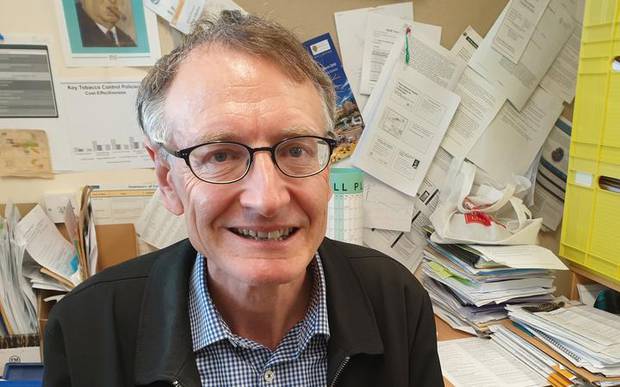 Otago University professor of public health Nick Wilson says it's too early for Auckland to move from alert level 2.5. (Photo / RNZ)
Wilson said high mask compliance on public transport around the country proved that if people are required to wear masks, they would do so.

The police are yet to issue any fines for people not wearing masks on public transport and have confirmed they're still taking an "education and encouragement" approach.

Act leader David Seymour said Government messaging around masks has been confusing and must be clarified.

"I think the lack of compliance comes down to the mixed messages about masking. The Government needs to be clear: if masking is a way to avoid further restrictions the public will be on side but they have not had that clear message."

While Seymour said Government messaging must be clearer there are others who want the health messaging to stop altogether. 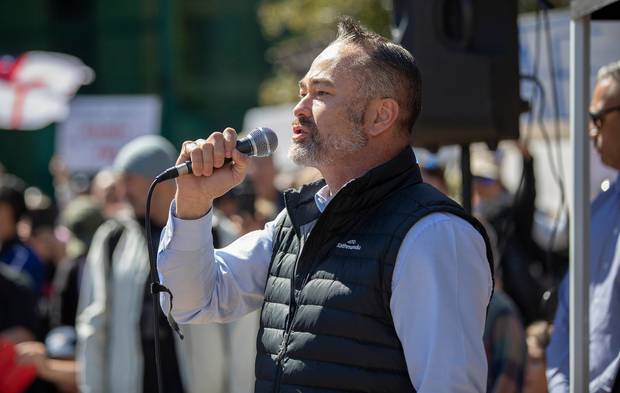 Several thousand people rallied in Auckland's Aotea Square on Saturday in a protest against the Government's use of Covid-19 restrictions. It was organised by Advance Party co-leaders, Jami Lee Ross and Billy Te Kahika.

It's one of several protests to date Auckland mayor Phil Goff said flies in the face of the city's overall response to Covid-19.

"They are letting the side down. They are putting the rest of us at risk. It's a slap in the face for those of us that are doing the right thing to have a small minority of people that think somehow the rules don't apply to them. They're bulletproof and they don't have any part to play in stopping the spread of the virus."

Goff said the city will slide down the alert level scale if Aucklanders can stay the course.

"We're in a good position as an island nation; we can have good border control and get back to elimination. So these things are all temporary measures to speed us down controlling the Auckland outbreak and eliminating spread in Auckland."

The Government is due to announce its alert level decision this afternoon.